GOSSIPONTHIS.COM News Drinking Alcohol Once a Day is Actually Good for Your Heath!
107
SHARES
ShareTweet It appears that drinking everyday isn’t so bad after all. (Who woulda thunk it?!?)

People who have one drink or fewer each day are 14 percent to 25 percent less likely to develop heart disease compared with those who don’t imbibe, according to an analysis of 84 studies conducted since the 1980s. Moderate amounts of alcohol consumed daily increase the levels of so-called good cholesterol in the body, a separate review of 63 studies found.

The results, published today on the British Medical Journal’s website, bolster those of previous trials. Two or three drinks a day may prevent people from having heart attacks or strokes after undergoing heart-bypass surgery, Italian researchers said Nov. 14. Men in Belfast who drank most of their alcohol on weekends had almost double the risk of heart disease compared with French drinkers who spread consumption over a week, according to a study published last year.

“There may now be an impetus to better communicate to the public that alcohol, in moderation, may have overall health benefits that outweigh the risks” in some patients, wrote the researchers, led by William Ghali from the University of Calgary.

Alcohol provides benefits regardless of the type of spirit, the researchers said. One drink containing 15 grams of alcohol a day for women, and two drinks for men, is good for health, they found. A standard drink, such as 12 ounces of beer or 5 ounces of wine, contains about 13.7 grams of alcohol, according to the U.S. Centers for Disease Control and Prevention in Atlanta.

The research was funded by the Robert Wood Johnson Foundation’s Program of Research Integrating Substance Use Information Into Mainstream Healthcare and the U.S. Substance Abuse and Mental Health Services Administration’s Center for Substance Abuse Treatment.

Well you know the old saying…..a drink a day takes the pain away! 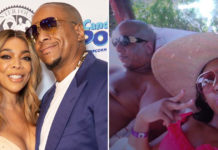 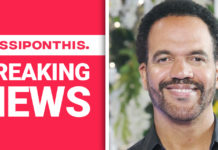 Was Tommie Lee Fired From Love & Hip Hop Atlanta Over Her Alcoholism?