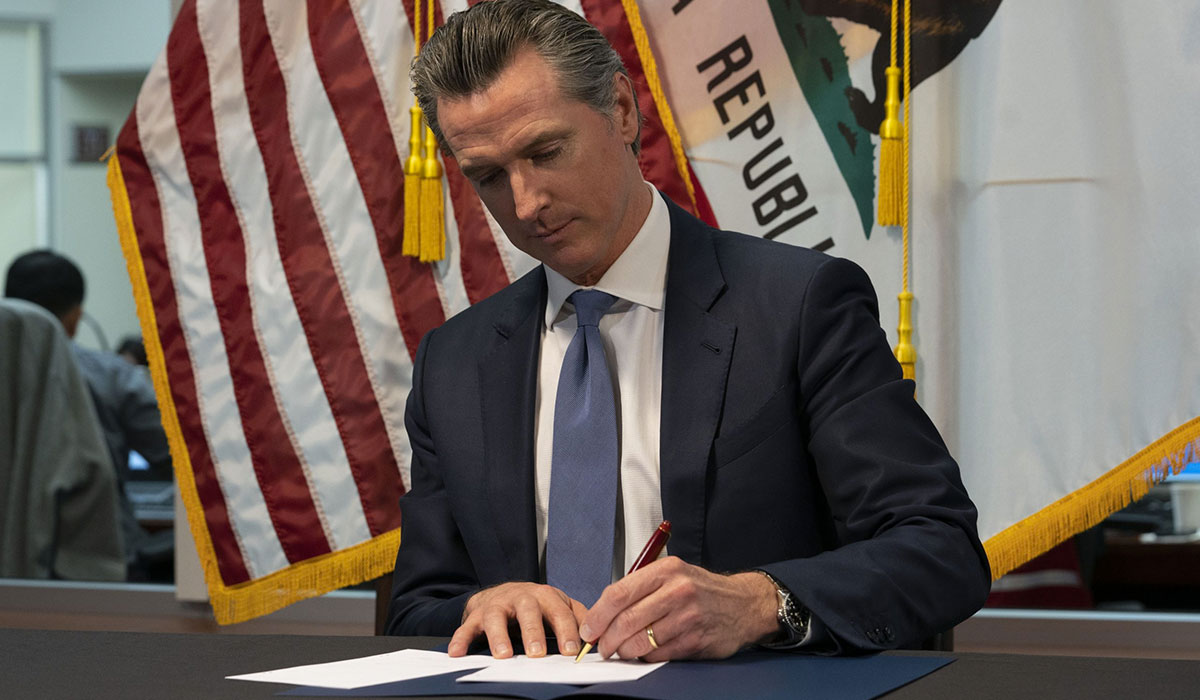 California Governor Gavin Newsom has reportedly signed a bill into law that could eventually open the door for slavery reparations for Black residents.

“Advancing this cause where it’s not just a question on a questionnaire for a candidate running for office but actually taking shape here, that’s a meaningful moment,” Newsom added. “This conversation is so long overdue.”

While the legislation makes California the first state to officially consider reparations for slavery, it does not commit to a specific payment for Black Californians, nor does it mention how the reparations will be paid.

Instead, Assembly Bill 3121 authorizes a task force that will study reparations and the best way to implement them to actually benefit the African-American community, specifically the descendants of slaves.

The nine-person task force will also recommend how reparations should be provided, “whether through compensation or restitution.”

Additionally, the task force will recommend how to get rid of state laws and policies “that continue to disproportionately and negatively affect African Americans,” and propose the State of California issue a formal apology on behalf of the people of California “for the perpetration of gross human rights violations and crimes against humanity on African slaves and their descendants.”

The recommendations will be outlined in a report to be presented no later than a year after the task force’s first meeting, which will be required to take place before June 2021.

There are many people who think slavery didn’t exist in California, however, the following passages from the state’s official Historical Society on the subject debunks that myth:

California’s constitution proclaimed that “neither slavery nor involuntary servitude, unless for punishment of a crime, shall ever be tolerated.” Yet archives statewide contain evidence that slavery was practiced out in the open.

In 1848 when the gold rush hit, white southerners flocked to the state with hundreds of enslaved Black people, forcing them to toil in gold mines, often hiring them out to cook, serve, or perform a variety of labor.

Sometimes fortunes were amassed on the backs of this free labor. Yet California’s place in the nation’s history of slavery is missing from most historical accounts and many are surprised to learn of its practice in the golden state.

Assemblywoman Shirley Weber (D-San Diego) called the bill “groundbreaking” and pointed out and pointed out that it was authored last year, long before the deaths of George Floyd and many others sparked nationwide protests.

The passage of Assembly Bill 3121 received the approval of Ice Cube, who tweeted on Wednesday: “Thank you Governor @GavinNewsom for signing AB3121,” adding, “Thank you @ADOSLosAngeles for bringing the bill to my attention so we could push from all angles.”

Thank you Governor @GavinNewsom for signing AB3121 https://t.co/PKUcMtXb69 and Thank you @ADOSLosAngeles for bringing the bill to my attention so we could push from all angles.

It’s important to note that this bill affects Black California residents ONLY, but it could set a precedent for other states to follow.

In other words … it’s a start!