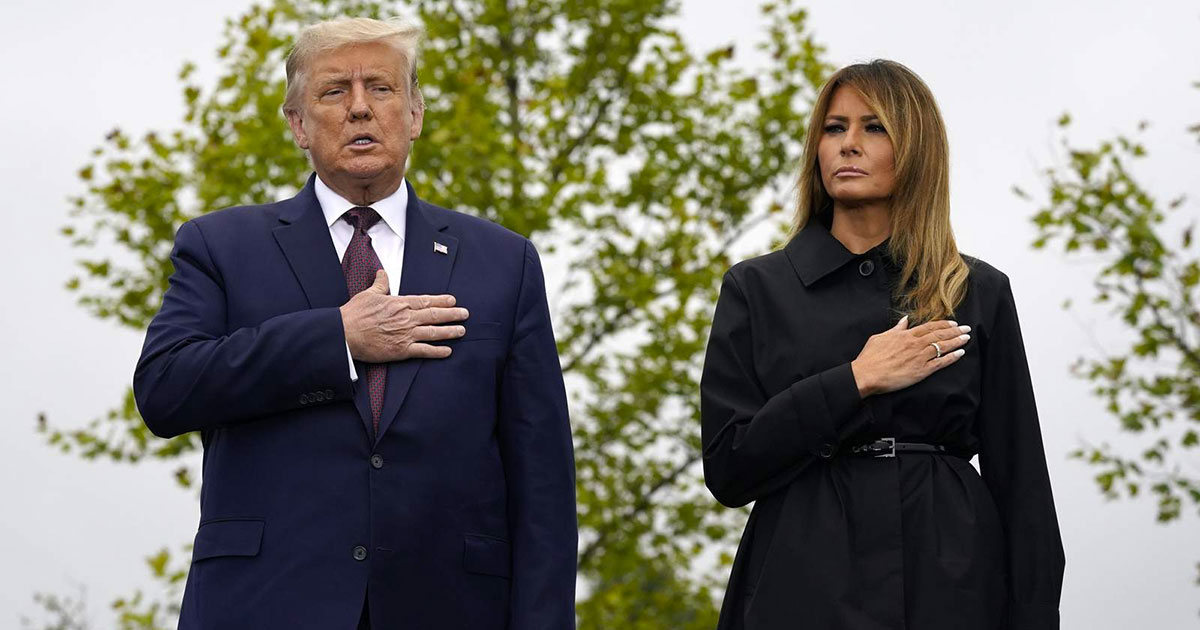 During a live ceremony in Shanksville, Pennsylvania memorializing those who were killed in the September 11th terrorist attacks, President Donald Trump and First Lady Melania Trump seemed to have trouble reciting the pledge of allegiance.

Video from the 9/11 memorial service—which was held Friday morning (Sep. 11) near the site where United Flight 93 crashed after several brave passengers staged a revolt and thwarted hijackers’ aim of crashing the plane into the U.S. Capitol building—showed the first lady placing her hand over her heart during the recitation, but keeping her lips closed.

President Trump also seemed to struggle with reciting the pledge, missing several words and phrases, including “under God.”

President Trump recites the Pledge of Allegiance at this morning's 9/11 commemoration in Shanksville, PA. pic.twitter.com/KZPWjai9ye

The term “Pledge of Allegiance” quickly began trending on Twitter as the video spread online.

Last month during the Democratic National Convention, Trump falsely claimed that the phrase “under God” had been deliberately omitted from recitations of the pledge by Democrats.

The reality was that the phrase wasn’t said in just two instances during council meetings, but was said every single night when the convention aired live on television.

A number of Twitter users noted the irony behind Trump’s apparent flub of the pledge, considering his accusation during the DNC.