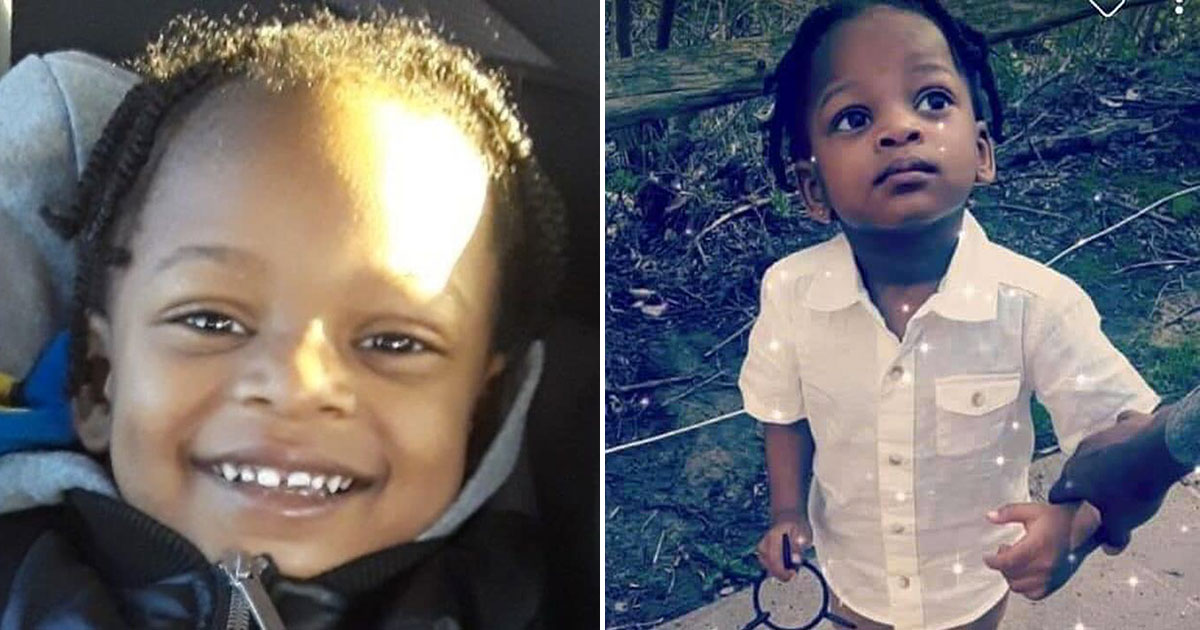 The body of a toddler in Toledo, Ohio who’d been missing since last Friday (Sep. 4) has been found.

Toledo police announced Wednesday (Sep. 9) that a body believed to belong to 3-year-old Braylen Noble was located in a swimming pool behind his apartment building.

“Update: Sept. 9 at 3:30 PM: The body of a small child has been recovered from the pool at Gibralter Heights. Official identification will be made by the Lucas County Coroner’s Office,” a message from police read on Twitter. “The investigation has now turned from a Missing Person Investigation to a Death Investigation.”

Update: Sept. 9 at 5:30 PM The body of a small child has been found in the pool at Gibralter Heights. Official ID will be made by the Coroner’s Office. The investigation has now turned from a Missing Person to a Death Investigation. Info will be released as it becomes available.

Braylen was reported missing Friday afternoon by his grandmother, who told police she believed he crawled out of his third-floor apartment’s window because the window screen had been pushed out.

The disappearance of Noble, who was autistic and nonverbal, shocked his community.

Hundreds of residents attended a vigil for the child after his lifeless body was found Wednesday at the Hunter’s Ridge Apartments in South Toledo.

Divers had previously searched the pool, but were initially unable to find anything.

“It’s common practice in police investigations, once an area is searched, if nothing is found, to go back and revisit that search area and see if anything was missed,” said Lt. Kellie Lenhardt. “But we do want to reiterate that the area was searched numerous times by Toledo Fire and Rescue, the FBI, private search groups, and both live and cadaver dogs.”

Police had to protect Noble’s mother, Dajane Cox, who was verbally accosted Wednesday by a crowd who’d gathered outside her apartment building and were chanting “Justice for Braylen” and “baby killer,” NBC24 reported.

Cox shared an emotional plea with NBC24 on Monday for her son to be returned home.

“I just want whoever (has) him, please take him somewhere safe,” she said. “I know he’s scared, and I know he’s crying, and he has stomach pains, and he’s not eating. He’s a picky eater. So if you want to just drop him off somewhere, please drop him off to the police station. You can drop him off here. Call my phone.”

The Lucas County Coroner’s Office released initial details on Noble’s autopsy, which has so far ruled his death inconclusive.

The report noted that there were no obvious signs of trauma on his body and drowning had not yet been ruled out as a cause of death.

“The autopsy on Braylen Noble showed no anatomic cause of death and no gross evidence of trauma. Drowning has not yet been ruled out as a cause of death, but further studies and investigation are needed before the final ruling is issued,” the initial note from Dr. Cynthia S. Beisser read.

A GoFundMe with a $2,000 goal for Braylen’s funeral expenses was created by his aunt, Raynesha Noble.

The investigation into Braylen’s death remains ongoing, and anyone with information has been asked to call Crime Stoppers at 419-255-1111.