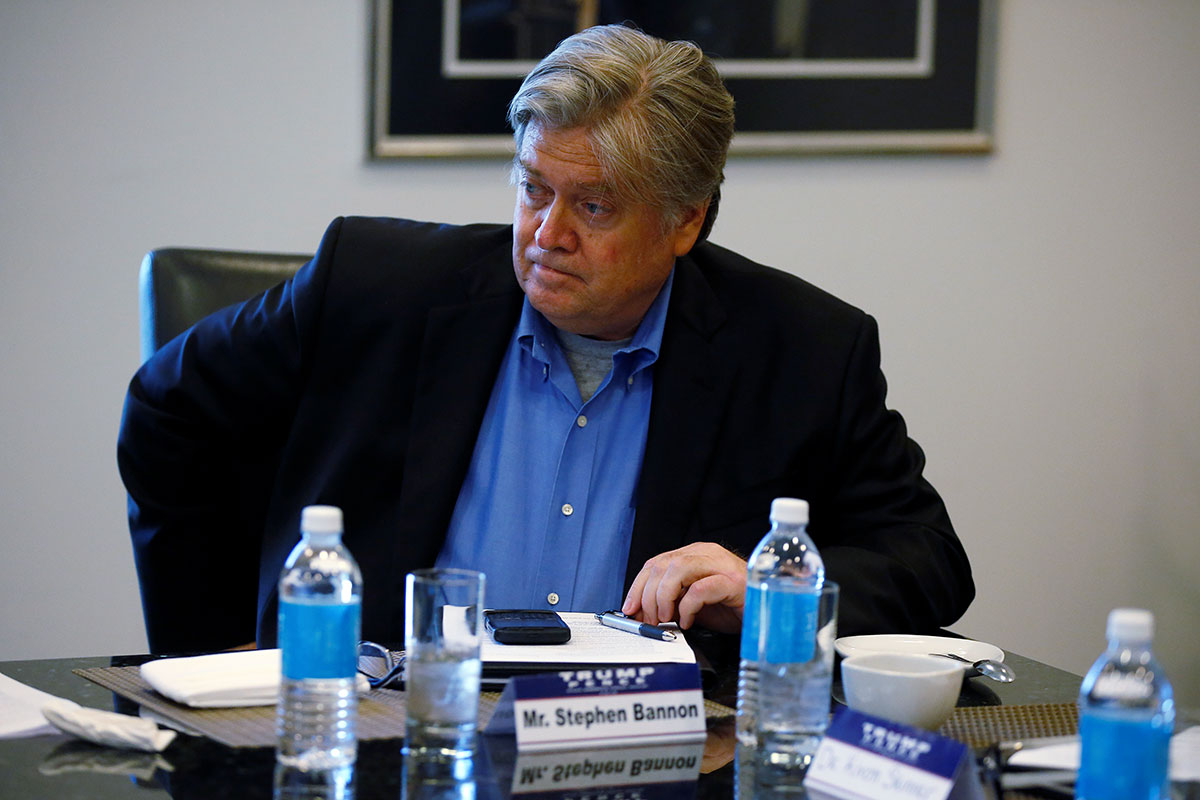 Yet another one of President Donald Trump’s colleagues has been arrested.

Steve Bannon, who previously served as Trump’s White House Chief Strategist and campaign advisor, was taken into custody and charged with defrauding donors as part of a fundraising scheme to support Trump’s border wall.

According to a spokesman for the U.S. attorney’s office, Bannon and three others were arrested Thursday morning (Aug. 20).

The four men are being indicted for allegedly taking hundreds of thousands of dollars donated to a group called “We Build the Wall” and using the funds for personal expenses, among other things.

Prosecutors claim Bannon used a faux non-profit organization called Non-Profit-1 to receive more than $1 million from We Build the Wall to “secretly” pay another defendant, Brian Kolfage, and cover hundreds of thousands of dollars in Bannon’s own personal expenses.

The We Build the Wall campaign ultimately raised more than $25 million, despite “repeatedly and falsely” claiming to the public that Kolfage didn’t take a salary. Bannon, notably, also publicly referred to the effort as a “volunteer organization.”

“The defendants defrauded hundreds of thousands of donors, capitalizing on their interest in funding a border wall to raise millions of dollars, under the false pretense that all of that money would be spent on construction,” Acting U.S. Attorney Audrey Strauss, said in a statement.

“While repeatedly assuring donors that Brian Kolfage, the founder and public face of We Build the Wall, would not be paid a cent, the defendants secretly schemed to pass hundreds of thousands of dollars to Kolfage, which he used to fund his lavish lifestyle. We thank the USPIS for their partnership in investigating this case, and we remain dedicated to rooting out and prosecuting fraud wherever we find it.”

The White House and a spokesman for Bannon declined to comment on the indictment Thursday morning.

Trump staff or associates indicted or convicted since he took office:

“Only the best people.”