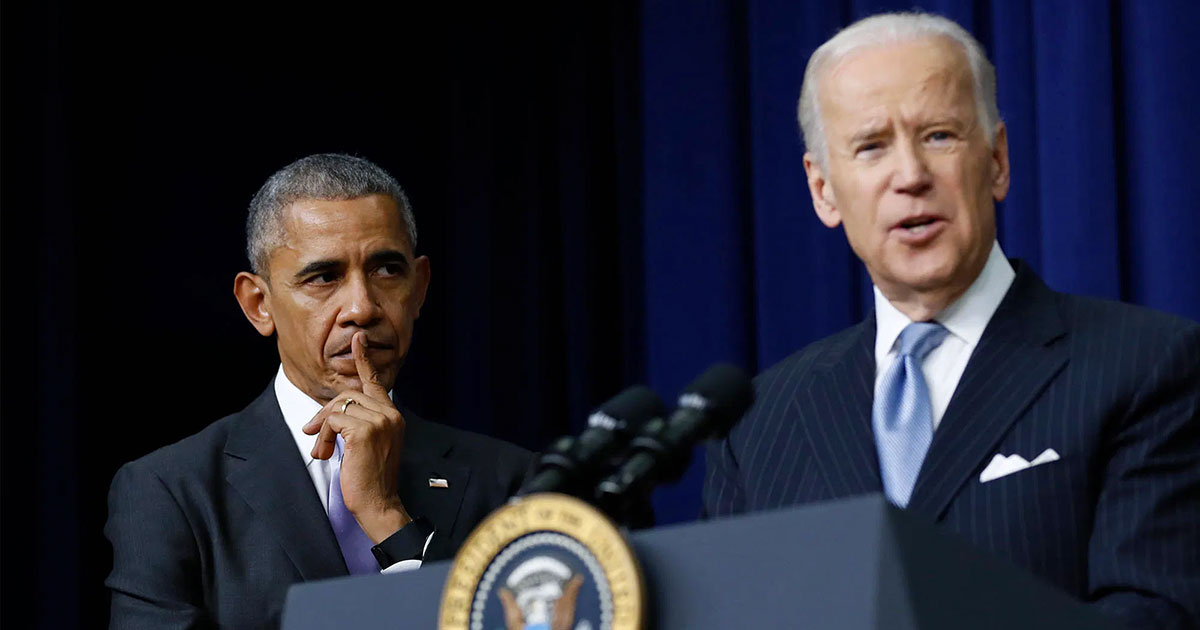 Despite Barack Obama recently giving his endorsement for Joe Biden as President of the United States, behind the scenes, it’s being said that he doesn’t feel 100% confident in his former VP’s ability to run a successful election campaign.

According to a new Politico report, the former POTUS has privately voiced concern about Biden not having an intimate connection with voters.

“And you know who really doesn’t have it? Joe Biden,” Obama told another Democratic candidate during primaries, according to Politico, specifically suggesting Biden wasn’t in good standing with the Iowa electorate.

Politico noted that there have been lingering tensions between Biden and Obama’s camps over the former president’s level of support for Biden’s campaign that date back to 2016 when Obama backed his former secretary of state Hillary Clinton.

In this year’s race, Obama didn’t even endorse Biden until Biden had already essentially locked up the party’s nomination following the momentum that began with his decisive win in South Carolina.

Biden “did feel that he needed to go out and earn it himself, as opposed to having people see it as an extension of a third Obama term or having it be any kind of referendum directly on Obama,” said Biden adviser Anita Dunn in comments reported by the Daily Mail.

Until his recent endorsement, Obama’s support this year for Biden’s presidential run was very limited.

As the Daily Mail noted, earlier this year he said: “I believe Joe has all of the qualities we need in a president right now. He’s someone whose own life has taught him how to persevere … and I know he will surround himself with good people.”

In contrast, when Obama endorsed Hillary Clinton in 2016, he said: “I don’t think there’s ever been someone so qualified to hold this office.”

Obama’s alleged concerns about Biden potentially “f**king things up” may be warranted, as Biden has made more than a few head-scratching comments over the past few months.

Earlier this month, Biden came under fire after saying the Black community is not as “diverse” as the Hispanic community.

Back in May, Biden told Charlamagne Tha God during a Breakfast Club interview: “If you have a problem figuring out whether you’re for me or Trump, then you ain’t black.”

And we can’t forget about when he told a crowd in Iowa back in August 2019 that “poor kids are just as bright and just as talented as white kids.”

Despite his gaffes and missteps, Biden would make a much better president than Donald Trump though.

And the former FLOTUS, Michelle Obama, agrees. She delivered a scathing rebuke of our current POTUS Wednesday night (Aug. 17) during the first night of the Democratic National Convention.

“Donald Trump is the wrong president for our country. He has had more than enough time to prove that he can do the job, but he is clearly in over his head,” she said. “He cannot meet this moment. He simply cannot be who we need him to be for us. It is what it is.”

Mrs. Obama added: “If you think things cannot possibly get worse, trust me — they can and they will if we don’t make a change in this election. We have got to grab our comfortable shoes, put on our masks, pack a brown bag dinner and maybe breakfast, too, because we’ve got to be willing to stand in line all night if we have to.”