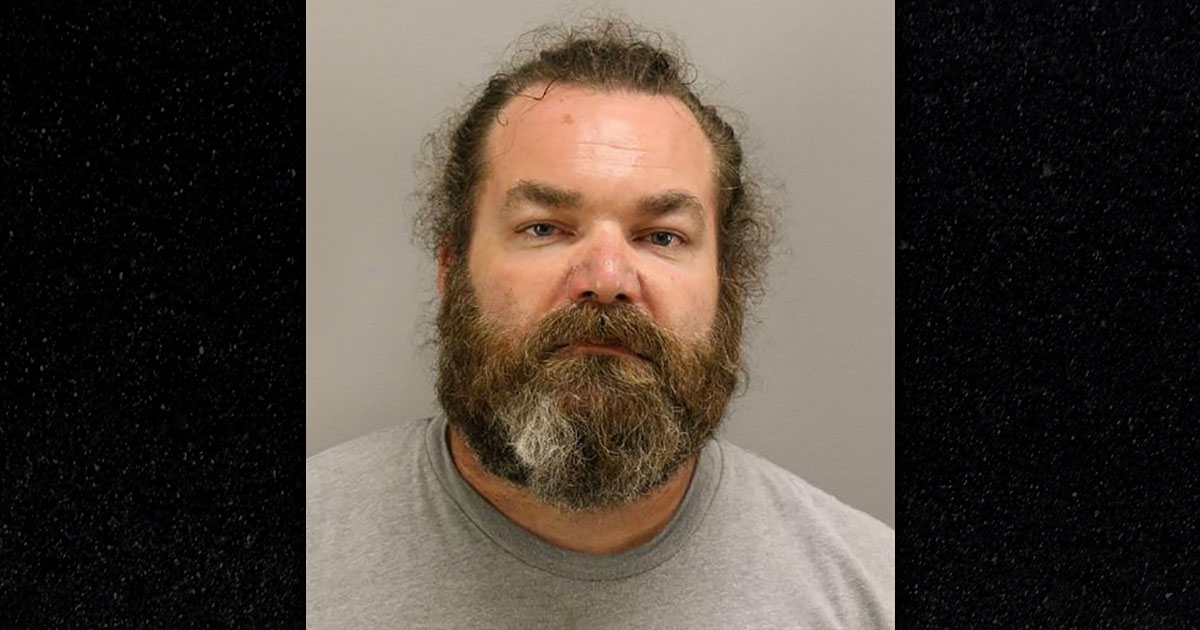 A white man who is allegedly a member of the Ku Klux Klan is out on bond after he shot his daughter’s Black boyfriend in Virginia Beach and told police that he acted in self-defense.

43-year-old Patrick Fontaine Creath Jr. was charged with malicious wounding and use of a firearm in the commission of a felony stemming from a June 19th shooting in the 900 block of Maximus Square, where a man—Creath’s daughter’s boyfriend—was seriously injured.

Police said there was an altercation between Creath and his daughter’s boyfriend, which escalated to a point where Creath took out a handgun and shot at the man three times.

Creath told police that he went to the scene of the crime to originally talk to his daughter’s boyfriend, but said the man “kept threatening to kill him” and continued to make threats as he got into his car.

Creath said the man allegedly pointed a weapon at him and his daughter “as if to shoot them.” He told police he feared for his life and shot at the man’s car several times “in defense of himself and his daughter.”

The man was seriously injured in the shooting and drove to a nearby 7-Eleven convenience store, where the Virginia Beach Police Department and emergency services were called.

When police arrived, they found the man inside the store suffering from several gunshot wounds, and his car was also damaged by bullets.

Officers provided first aid until EMS arrived. The man was then taken to the hospital with serious injuries.

An off-duty cop told police the man removed a bag from his car and took it into the store. The police located the bag, which had a gun inside, according to court documents.

Police said Creath remained at the scene and was eventually taken into custody. He was released from the Virginia Beach Correctional Center on bond a week after the shooting on June 26th and is scheduled to appear in court on August 21st.

“Mr. Creath remained on scene of the shooting and was in possession of the firearm that he used at the time of police arrival,” VBPD Officer Linda Kuehn told WAVY.

“Regarding to the investigation as a whole, another firearm was in fact recovered, however, as this investigation is still ongoing, we cannot comment where it was recovered, or who it belonged to at this point. Additional information will be released as it becomes available.”

The victim, whose identity wasn’t released, is not facing any charges, and he and his family declined to speak with reporters … however, a woman who claimed to be the man’s cousin spoke out about the incident on social media, calling out law enforcement for their “disgusting” system and revealing the gunman as a member of the KKK.

“Last week my cousin was shot by his girlfriends father who is a member of the KKK,” the family member wrote on Twitter.

“He shot my cousin 3 times through his car as he was trying to drive away. My cousin [survived] with a pierced lung. Today he was let out on a $500 bond and I am livid. The system is disgusting.”

Last week my cousin was shot by his girlfriends father who is a member of the KKK. He shot my cousin 3 times through his car as he was trying to drive away. My cousin survied with a pierced lung .Today he was let out on a $500 bond and i am livid. The system is disgusting.

Civil rights attorney Benjamin Crump brought attention to the case as well when he tweeted about it early Wednesday and also identified Creath as “a known member of the KKK.”

Crump said Creath was “trying to KILL” his daughter’s boyfriend, adding: “When I talk about two justice systems in America — one for Blacks and one for Whites … THIS is what I’m talking about. Our nation’s problems are due to more than a few bad apples. We DEMAND systemic change now!”

This is Patrick Creath Jr., a known member of the KKK. He shot his daughter’s Black boyfriend 3 times — trying to KILL him by spraying his car with bullets on June 19, 2020. Thankfully the young man survived, but Creath is free on only $500 bail for a “malicious wounding” charge! pic.twitter.com/Iv2zHpjKJx

The victim also shared gruesome photos of his injuries on social media, including a huge open wound on his leg. “My ancestors had it way worse ….. but look what this white man making me go through,” he wrote.

The leniency of Creath’s charge and his low bail also inspired someone to start a Change.org petition calling for police to upgrade the charges. It has more than 22,000 signatures so far.

“This petition is to bring change to the injustice to the young man that sustained injuries due to racism. Had this situation been vice versa, the black young man that was shot would still be behind bars without the possibility of bond,” the petition reads.

“This story also has not received the attention it deserves on local or national news. The charges should be upgraded to federal hate crime charges with no bond. Please sign the petition to bring justice to the injured young man. The time of turning a blind eye to racism and hate is over. No longer will we tolerate being treated as less than human. We demand justice!”