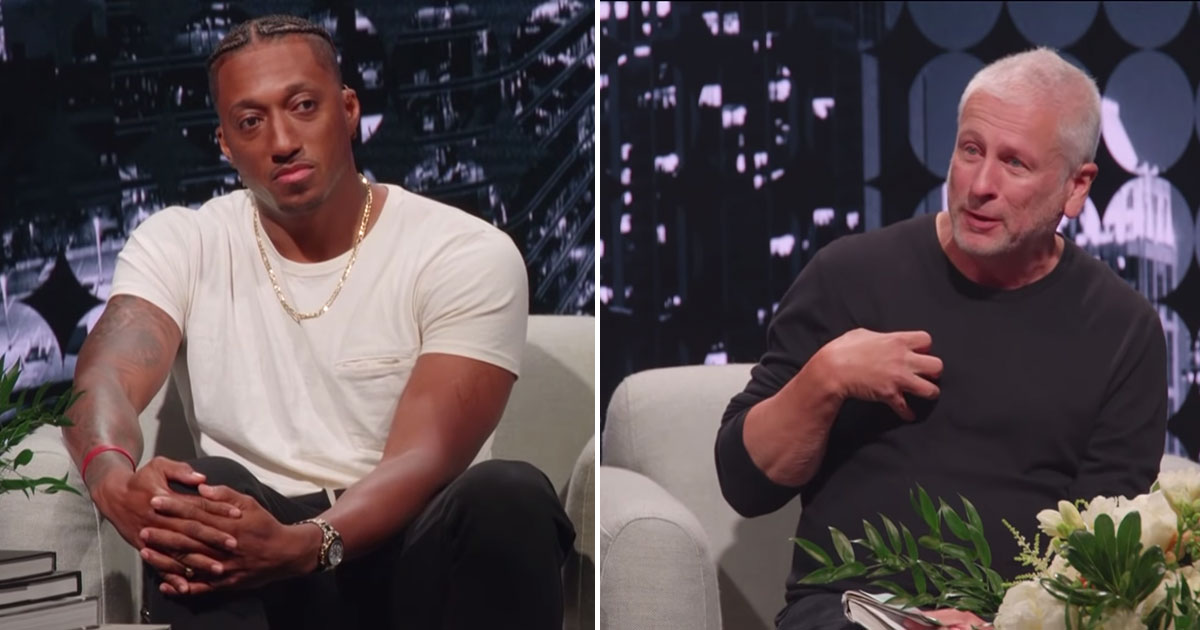 Atlanta megachurch pastor Louie Giglio sat down with rapper Lecrae and Chick-fil-A CEO Dan Cathy on Sunday (Jun. 14) and had an “open and honest conversation around how racism has plagued our city for generations, and the steps we can all take to confront it head-on in our church, our neighborhoods, and our hearts.”

During that “open and honest conversation,” Pastor Giglio—who heads ATL’s Passion City Church—said that instead of using the term “white privilege,” he would rather say “white blessing” since slavery was a “blessing” to white people.

Pastor Louie Giglio, rapper Lecrae and Chick-fil-A CEO Dan Cathy "had an honest conversation about race and the Church" on June 14.

Here's an example of why words and their meanings matter.

He started out by saying: “I feel like on the inside of the church we’re fighting this historical context you [Lecrae] talk about. In other words, we love the blessing of the cross but we don’t love to sit in it and realize this is what God’s asking me to do, to die to myself, and live for him, whatever context that’s going to look like for me.

“But I want to flip that upside down because I think the other side of it is true with our nation’s history. We understand the curse that was slavery, white people do, and we say ‘that was bad,’ but we miss the blessing of slavery that it actually built up the framework for the world that white people live in and lived in.”

Giglio went on to explain that he feels as though the term “white privelege” makes some white people uncomfortable as hell (Ed. Note: AS IT SHOULD!), so he proposed that they change the phrase.

Speaking to Lecrae, the pastor said: “I know that you and I both have struggled in these days with ‘hey if the phrase is the trip up, let’s get over the phrase and let’s get down to the heart, let’s get down to what then do you want to call it,’ and I think maybe a great thing for me is to call it ‘white blessing’. That I’m living in the blessing of the curse that happened generationally that allowed me to grow up in Atlanta.”

Following Pastor Giglio’s comments, the phrase “White Blessing” quickly became a trending topic on Twitter, along with Lecrae’s name, as folks pointed out how ridiculous and offensive that statement is and how Lecrae just sat there and nodded his head as if he were in agreement.

“White blessing” makes it sound like God blessed white people for being white. It implies white supremacy. What an absurd and offensive phrase.

He was put there because "they" knew he wouldn't be call them out for their "White Blessing"pic.twitter.com/3y5ECSbNjM

@lecrae you let a White man say some foolishness and didn’t check him because you want to lead with “grace” and “love”. You were wrong. Own that. Doing all you do for Black people should include standing up for them when it’s uncomfortable. You should have done that then.

@lecrae You let a white man tell you to your face, “We miss the blessing of slavery…” and nodded your head. I hope you sit with that. https://t.co/uu7Kzev28D

You can’t be this stupid… and Lecrae just up there nodding like he saying something https://t.co/KlwGNvfPuD

If i ever hear a white person say white blessing ima bless them with a grade A ass whooping pic.twitter.com/CueApIJfQa

Using the term “white blessing” instead of “white privilege” erases reality. “White blessing” implies that white advantages in society are ordained by God and allows white people to absolve themselves of responsibility for their own creation and perpetuation of white supremacy. https://t.co/uCzsnRKVIV

After getting dragged all over Twitter, Pastor Giglio clarified his comment, writing that he was “not seeking to refer to slavery as [a] blessing—but that we are privileged because of the curse of slavery. In calling it a privilege/benefit/blessing—word choice wasn’t great. Trying to help us see society is built on the dehumanization of others. My apology, I failed.”

@spulliam not seeking to refer to slavery as blessing-but that we are privileged because of the curse of slavery. In calling it a privilege/benefit/blessing— word choice wasn’t great. Trying to help us see society is built on the dehumanization of others. My apology, I failed.