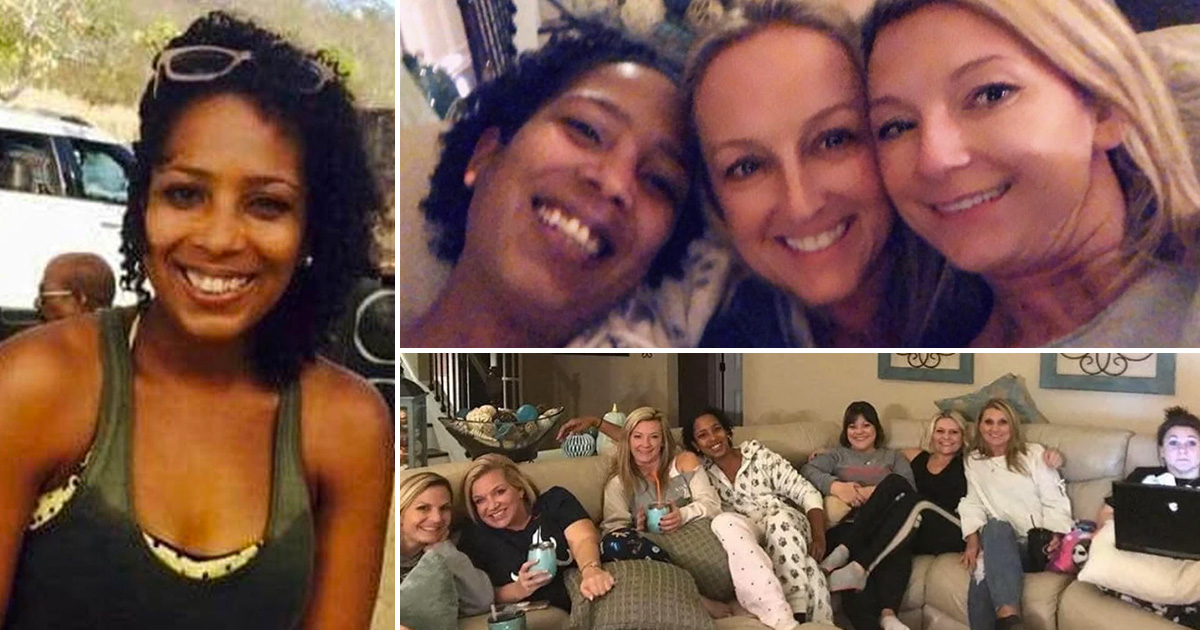 Amid the recent Black Lives Matter movement and protests following the recent killings of George Floyd, Ahmaud Arbery, Breonna Taylor, and countless others, there has been renewed interest in a number of cases where people feel as though justice hasn’t been served for Black victims of apparent violence.

Among those cases is the mysterious death of Georgia mom Tamla Horsford.

For the uninitiated, Horsford—a Forsyth County, Georgia mother of five—was found dead in the backyard of a home back in November 2018, the morning after she attended an “adult slumber party” with other football moms.

Authorities claimed Tamla’s death was the result of her “accidentally falling” from a balcony, while many others have strongly suspected foul play.

It is important to note that the other women were white, while Horsford was the only Black woman at the party.

In February 2019, the Forsyth County Sheriff’s Office announced that they were closing the case because investigators hadn’t found any evidence of foul play in Horsford’s death.

A spokesperson for the Sheriff’s office wrote in a press release dated February 20th:

On February 6th, 2019, the Forsyth County Sheriff’s Office received the final Medical Examiner’s report regarding Mrs. Horsford. The State of Georgia Medical Examiner has ruled the death accidental and consistent with a fall.

Detectives have spent the following weeks reviewing the medical findings with those found at the scene by the Major Crimes Unit and the Crime Scene Investigation Unit.

No evidence or injury patterns indicative of an assault or foul play were noted by Forsyth County Sheriff’s Detectives or in the Forsyth County Coroner’s Office or GBI [Georgia Bureau of Investigation] Medical Examiner’s reports.

However, Atlanta’s WSB-TV is now reporting that an attorney hired by Horsford’s family says his own independent investigation has led him to believe that Tamla may have been murdered.

Attorney Ralph Fernandez wrote in a letter to Horsford’s family: “It appears Tamla was involved in a struggle. There were abrasions consistent with that scenario. There were parallel scratches to one arm. Since they were fresh, photos would not have proven recent use of defensive force. There was one x-ray, yet the injury noted as the cause of death appears nowhere.”

Fernandez also went into detail regarding a number of issues he had with how investigators initially handled the case.

“Witness statements are in conflict. A potential subject handled the body as well as the evidence prior to law enforcement arriving. Evidence was disposed of and no inquiry followed. The scene was not preserved,” his letter stated.

“A remarkable fact is that there were no photographs taken during the autopsy of Tamla’s body. This had to have been done at someone’s directive because such a practice is unheard of.”

Fernandez also referenced the Ahmaud Arbery case in an effort to highlight what he feels are longstanding issues when it comes to law enforcement investigating the deaths of Black Americans.

“Here we are fighting an uphill battle because those who wear the badges were entrusted with the investigatory task, failed you. But this is not over,” Fernandez wrote.

For what it’s worth, a friend of Horsford’s, Michelle Graves, has never believed that her friend’s death was an accident.

“They’re totally lying,” Graves told WSB-TV of the officials who investigated Horsford’s death. “They’re not out of the woods, because this was not an accident.”

The Forsyth County Sheriff’s Office said in a statement:

“The Forsyth County Sheriff’s Office conducted a thorough and comprehensive investigation into the death of Tamla Horsford. Evidence from the incident along with the findings from the Georgia Medical Examiner’s Office was utilized to come to the conclusion of the case.

“At the request of the family, we took another look into the evidence and also had an independent agency, the Georgia Bureau of Investigations, look over the findings. No additional information was found.

“In a continued effort to remain transparent, we welcome any new information from the Attorney’s Office handling the case for the family. To date, we have received none. We’re prepared to have an independent Investigative authority such as, the Georgia Bureau of Investigations, to reopen the investigation if new information is provided.”

The Georgia Bureau of Investigation said in a separate statement:

“The GBI Medical Examiner’s Office conducted an autopsy on Tamla Horsford. As part of the autopsy, photographs were taken, in addition to review of scene photographs. As was done in this case, the GBI documents autopsies in various ways that include photos. We stand behind our original findings which are available upon request through GBI’s Open Records Unit.”