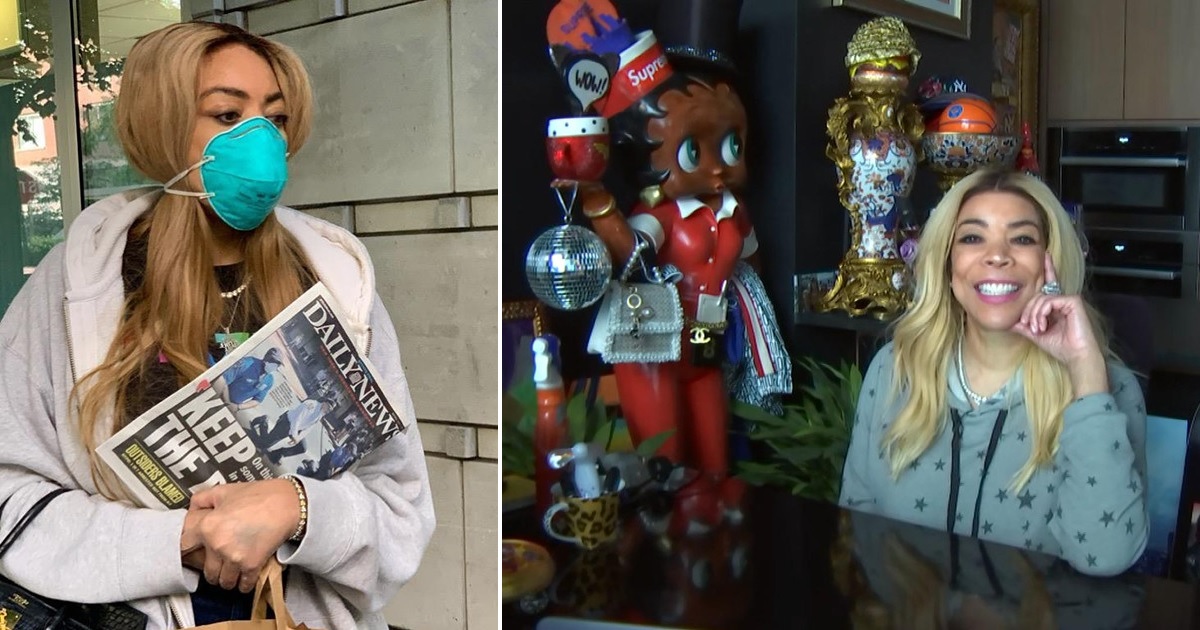 The talk show host recently announced an extended break from shooting her show from home in order to seek treatment for Graves’ disease.

However, troubling rumors that Williams has actually been hospitalized after suffering a mental breakdown and being suicidal have started to gain traction on blogs and gossip forums.

The reports are quite disturbing and have NOT been confirmed.

However, vlogger Tasha K shared exclusive details on the matter during her recent Unwine with Tasha K YouTube show, even getting emotional and asking for her viewers to pray for Williams.

According to Tasha K., Williams was hospitalized under a different name at NewYork-Presbyterian Hospital in the neurology ward with her room being heavily guarded by security.

“She does not have her wig on. Her head is shaved in certain sections because they’re monitoring her brain.

“She is talking to herself. She won’t eat. She won’t drink. Barely will sleep. Pacing around. She is losing her mind. She’s suicidal. This is not allegedly, you guys.”

Tasha says Williams’ breakdown was partly caused by her divorce from “the love of her life,” Kevin Hunter, but was exacerbated after her only child, Kevin Hunter Jr., recently stopped talking to her and siding with his father in his parents’ divorce.

Fans of Williams’ show know that she revealed that “Little Kevin” wasn’t quarantining with her in her NYC apartment because he is still in Miami where he attends college.

Tasha K. says she has more information on the sensitive issue and will be reporting it in a four-part series in order to fully explain it to her viewers.

Rumors of Williams’ alleged breakdown and hospitalization have been floating around for a few days.

However, some commented on the noticeable bruise on the host’s hand and speculated she recently had an IV attached.

“I needed my stuff before NYC dark. Black lives have ALWAYS mattered. #blacklivesmatter #NYPD #Peace,” the post was captioned.

In mid-May, a spokesperson for The Wendy Williams Show shared that Williams was experiencing “fatigue” due to Graves’ disease complications and was taking a break from remotely filming her show under doctor’s orders.

Again, reports of her breakdown and hospitalization have NOT been confirmed. But mental illness should always be taken seriously and we hope Williams is getting the proper treatment, regardless of the actual issue.