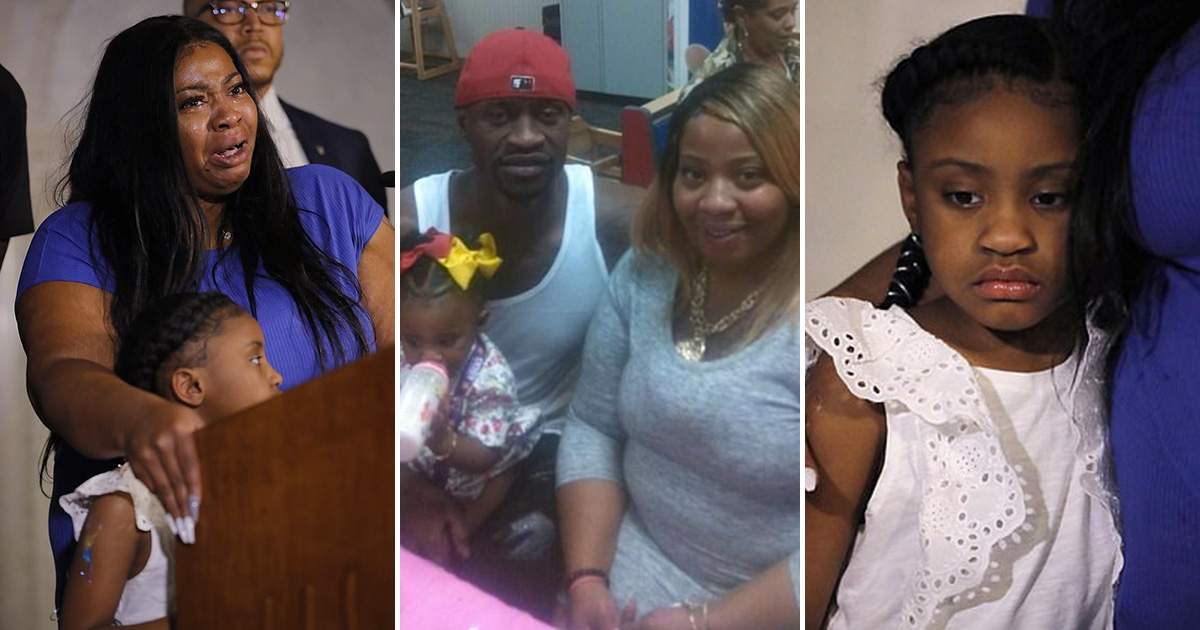 George Floyd’s daughter and her mother appeared at a press conference in Minneapolis on Tuesday (Jun. 2) and demanded justice for his brutal and sudden death at the hands of police.

“I’m here for my baby, and I’m here for George, because I want justice for him,” Roxie Washington said through tears while making her first public statement since Floyd’s May 25th killing.

“He was a good man … no matter what anybody thinks, he was good. And this is the proof,” Washington said as her and Floyd’s daughter, Gianna, stood beside her.

“He loved us so much. I want people to know this is what those cops took from me,” Washington added.

Washington said Floyd moved to Minneapolis from Houston in search of better job opportunities so that he could provide for his family.

While in Minneapolis, Floyd found work as a truck driver and a security guard. He was able to send a portion of his income to Houston and remained active in his younger daughter’s life, Washington said.

Floyd, 46, died while in the custody of Minneapolis police, who were arresting him for allegedly using a counterfeit $20 bill at a deli.

While arresting him, now-former Minneapolis cop Derek Chauvin kept his knee on Floyd’s neck for nearly nine minutes, killing him, and the video footage of the incident quickly went viral.

Floyd’s death was ruled a homicide by the Hennepin County Medical Examiner and Chauvin was arrested and charged with second-degree murder and third-degree manslaughter, however, the other three officers involved were only fired and have not faced any criminal charges so far.

“At the end of the day, they get to go home and be with their families,” Washington said of the police officers.

Washington recalled how excited Floyd was when his daughter was born.

“He was so happy to have her,” she said. “He slept the whole time I was in labor, but when he heard her cry, he woke up. I still have a picture of him waking up and getting his baby. He loved her. He loved her so much.”

Floyd’s longtime friend, former NBA player Stephen Jackson, was also at the press conference and demanded justice as well while questioning why they were having to deal with this situation in the first place.

“We demanded justice. And I’m tired of seeing that. I’m not gon’ see her hurt like that every day. We need justice. We demand it. And some goddamn way we gon’ get it … this sh*t has to stop.”

Floyd’s family has repeatedly called for Chauvin to be charged with first-degree murder and for the other officers involved in his fatal arrest to face murder charges as well.

After the Hennepin County Medical examiner claimed in a preliminary autopsy that underlying health conditions and drug use contributed to Floyd’s death, his family requested a private autopsy that refuted those initial findings and confirmed that Floyd’s death was the result of asphyxia due to neck and back compression.

Tuesday’s press conference with Floyd’s daughter and her mother came hours after the state of Minnesota announced that they’d filed a human rights complaint against the Minnesota Police Department and promised to conduct a full investigation into Floyd’s death.

“The investigation will review MPD’s policies, procedures and practices over the last 10 years to determine whether the department has used systemic discriminatory practices against people of color,” Gov Tim Walz said.