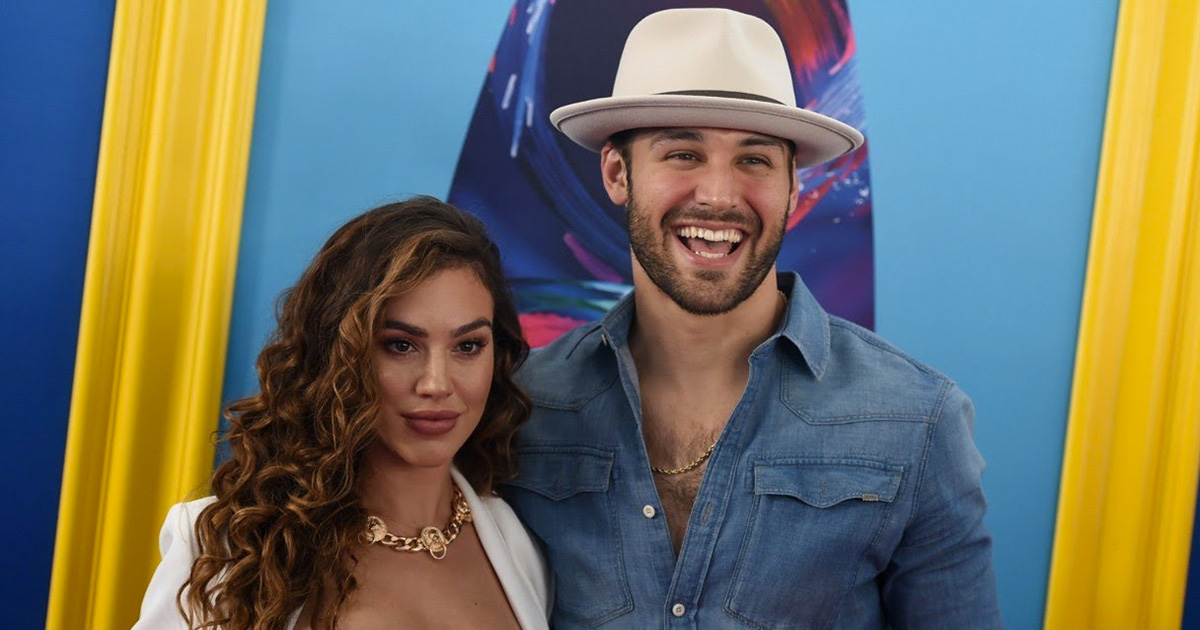 While the nation is actively fighting against police brutality and participating in the Black Lives Matter movement, one actor is defending his non-black fiancée’s use of the N-word and admitting he regularly uses racial slurs in the process.

9-1-1 star Ryan Guzman is facing major backlash after he defended the use of the N-word and other racial slurs during an Instagram Live broadcast on Sunday (May 31).

“You telling her that she can’t speak through Twitter to her black friends, that have allowed her to say that back and forth to them, specifically?”

Guzman was speaking in defense of his fiancé, Chrysti Ane, whose tweets from 2011 of her using the n-word recently resurfaced.

Guzman—who is part Mexican—then went on to admit that he and his non-white friends “call each other slurs all the time” privately.

“I have plenty of friends—Black, White, Asian, Indian, whatever they are, Korean—and we make fun of each other’s races all the time. We call each other slurs all the time.

“We don’t get butthurt at all because we know the actual person, we know who each other are. We know that we’re not trying to bring each other down.”

He later clarified that he and his friends clown each other with “stereotypes,” not slurs … as if that made it any better.

Several of Guzman’s 9-1-1 co-stars—which features a diverse cast—condemned his comments and continued attempt to justify using racial slurs and stereotypes.

“[T]here is absolutely no excuse for the use of the n word,” wrote Oliver Stark.

“It belongs to the Black community only and I absolutely don’t agree with it being used by anyone else under any circumstances.”

… anyone else under any circumstances.

“As a black man this should go without saying but just to make sure people in the back understand when I say this with my whole chest: I don’t condone the sh*t. I don’t like the sh*t.”

As a black man this should go without saying but just to make sure people in the back understand when I say this with my whole chest: I don’t condone the shit. I don’t like the shit. And I’ve never been one to allow the word to be used around me by any non-black person….cont. https://t.co/XCG3a2xsCK

And any alleged ‘black people’ that are co-signing their non-black friends to refer to them in that way need their entire asses checked. Too much history, too much pain. Past and present. Shit is utterly unacceptable.

Alisha Hinds also responded when asked about her thoughts on Guzman’s comments.

“There’s legions of learned behaviors that need to be named and neutered so we don’t continue to give life to them,” she said. “May we know & DO BETTER.”

How I FEEL daily is a perpetual state of GRIEF. There’s sadly no version of this indefensible discourse that doesn’t exacerbate that grief. There’s legions of learned behaviors that need to be named and neutured so we don’t continue to give life to them. May we know & DO BETTER. https://t.co/NmhIOVDWK4

As for her part, Chrysti Ane—who is Brazilian—publicly apologized for using the n-word and says she’s grown since tweeting the slur when she was 16.

“I made tons of black friends, listened to music that used slurs, watched black comedians that freely used the word, and I felt accepted by the black community.

“At the time none of my friends found it offensive, but I must say I also didn’t fully comprehend the WEIGHT of the word. I didn’t comprehend the history, the struggles, the oppression.”

Guzman tried to put the whole situation to bed by posting a link for his followers to contribute to the Black Lives Matter movement in light of the current protests.

“Let me get back to the real topic and help out any way I can to the black community,” he wrote.

I'm done with defending myself or my family to people who are as quick to judge as they are to condemn. Let me get back to the real topic and help out any way I can to the black community.
I've already donated to 1 organization.
Heres another. Please helphttps://t.co/kHmds0Hp6S