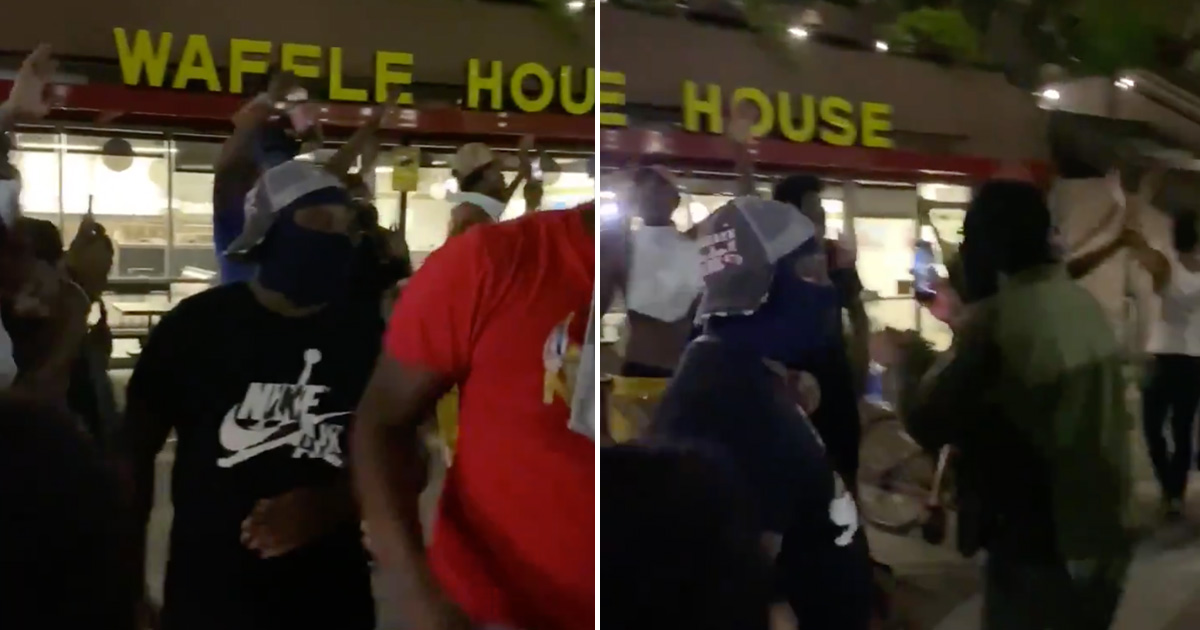 Things are getting so heated in Atlanta that the Mayor Keisha Lance Bottoms has called on the National Guard for help.

What started off as a peaceful protest quickly turned to chaos and has left parts of the city in flames.

Protesters angry over the killing of George Floyd by Former Minneapolis police officer Derek Chauvin and police brutality in general destroyed the CNN Center and College Football Hall of Fame in downtown Atlanta Friday night (May 29).

Rioters also broke into Phipps Plaza mall and looted stores, including an AT&T retail store across, from Lenox Square Mall.

However, there is one place that protesters in Atlanta refuse to destroy … Waffle House.

Video footage showing protestors standing in front of the Waffle House and protecting it from any harm or damage is going viral.

Atlanta said fuck everything up but Waffle House pic.twitter.com/mzheK8UbUh

I mean, protect the Waffle House by any means…