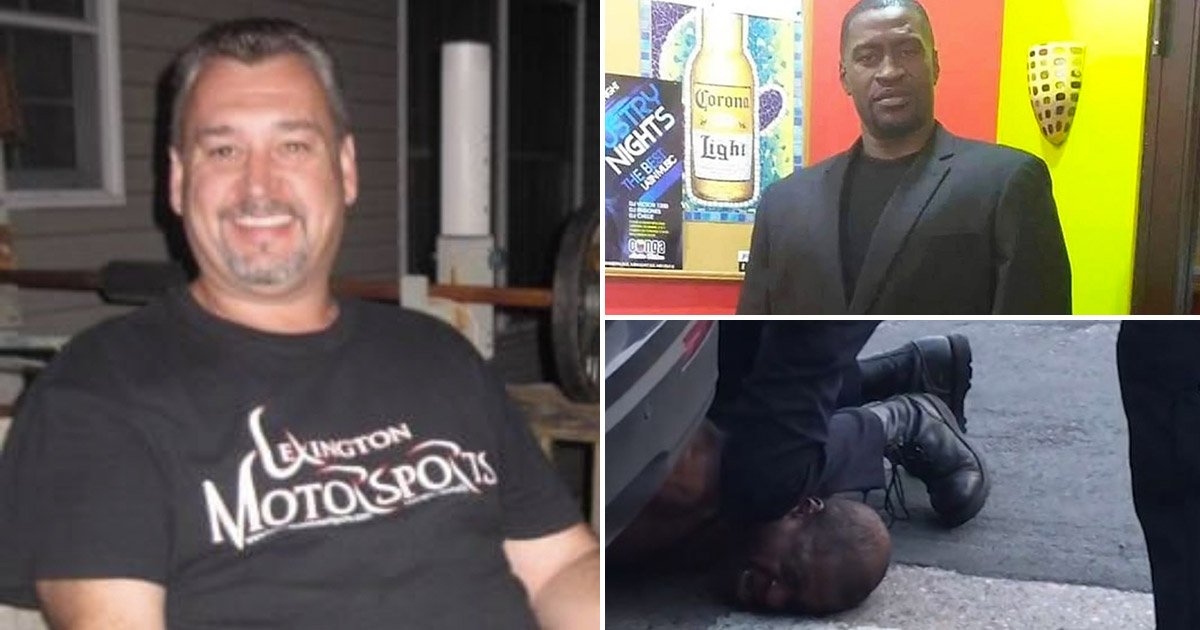 While many people have expressed outrage over the death of George Floyd caused by former Minneapolis cop Derek Chauvin, one man is going viral for a racist comment he posted on Facebook about the tragedy saying that it was “glorious to watch.”

Early Tuesday morning (May 26), footage surfaced showing Floyd being apprehended by Minneapolis police officers outside a deli for suspected forgery.

In the nearly 10-minute video, Chauvin can be seen kneeling on Floyd’s neck at the side of a squad car while his partner, Tou Thao, stands watch against outraged bystanders.

Floyd can be heard groaning and repeatedly telling the officers he couldn’t breathe. The man eventually appears motionless under Chauvin’s knee as bystanders exclaim that Chauvin killed him.

An apparently lifeless Floyd was then loaded onto a stretcher, placed into an ambulance and then transported to the hospital, where he was officially pronounced dead.

Commenting on an article about the fatal incident, a white man named Sean Baker Sr. wrote: “Awesome, one less piece of sh** in the world. Hope it didn’t breed. It was glorious to watch.” 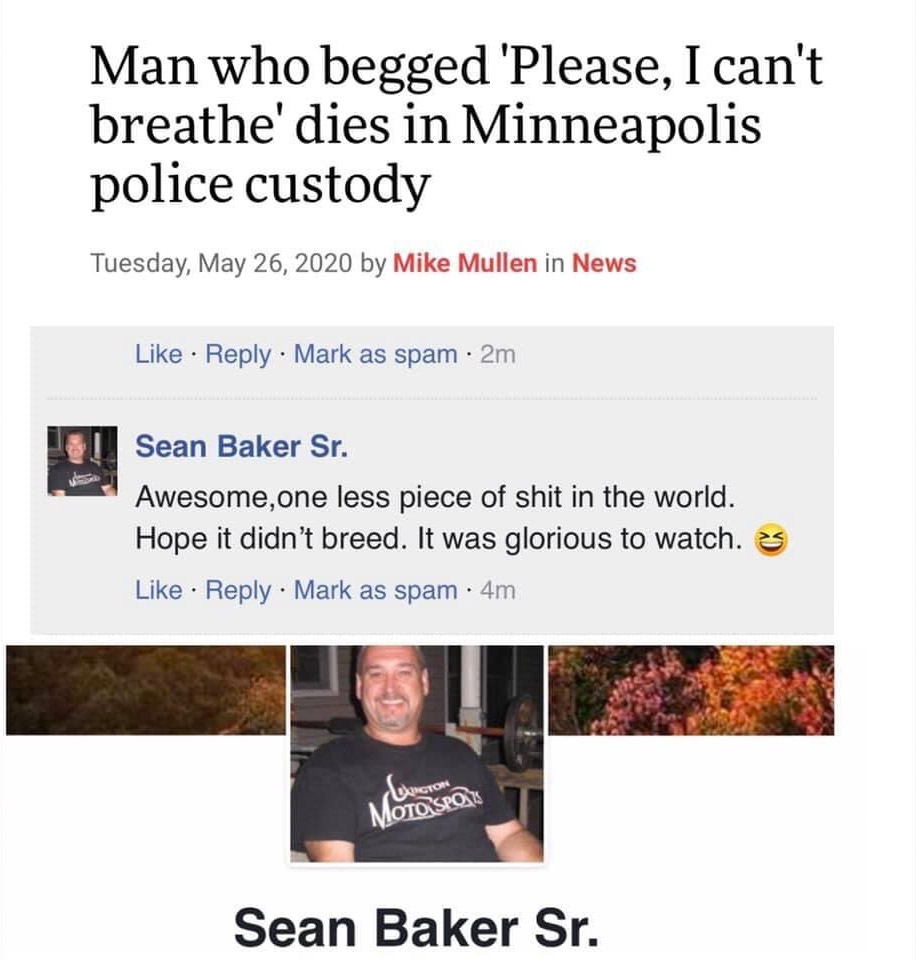 Look what I found. Let’s make this racist famous. Make him lose his place of business.

Sean Baker Sr. is a proud racist and confederate supporter. He is celebrating that George Floyd a black man, was killed by white cops.

He attended Powell County High School and much of his relatives and friends attended/currently attend it. His nephew even used to be on the Basketball team (The pirates).

It’s possible that he attended Morehead State University with his brother but not certain as he also served in the Army and was in Guantanamo.

Most of his family lives in either Clay City or Lexington, Kentucky (not a surprise). When looked up he pops up as living in Sadieville, Kentucky.

He has all his information on Facebook hidden so if you want to look for more go through his friends and relatives.

Some of his relatives think the same way as seen on his posts and reactions.

Do whatever you want with that info and I’ll leave it up to the Internet to do what it does.

Meanwhile, a Facebook page appearing to represent the family business—Baker Lawn Care—has been flooded with so many negative reviews in response to Sean Baker Sr.’s racist comment that new reviews are unable to be posted.

“Terrible, disgusting, RACIST!!!!! The owner of this company is low down and no one should support this business. Very unprofessional and abhorrent,” one user wrote.

Another commented: “RACIST AND DISGUSTING PEOPLE. DO NOT HIRE.”