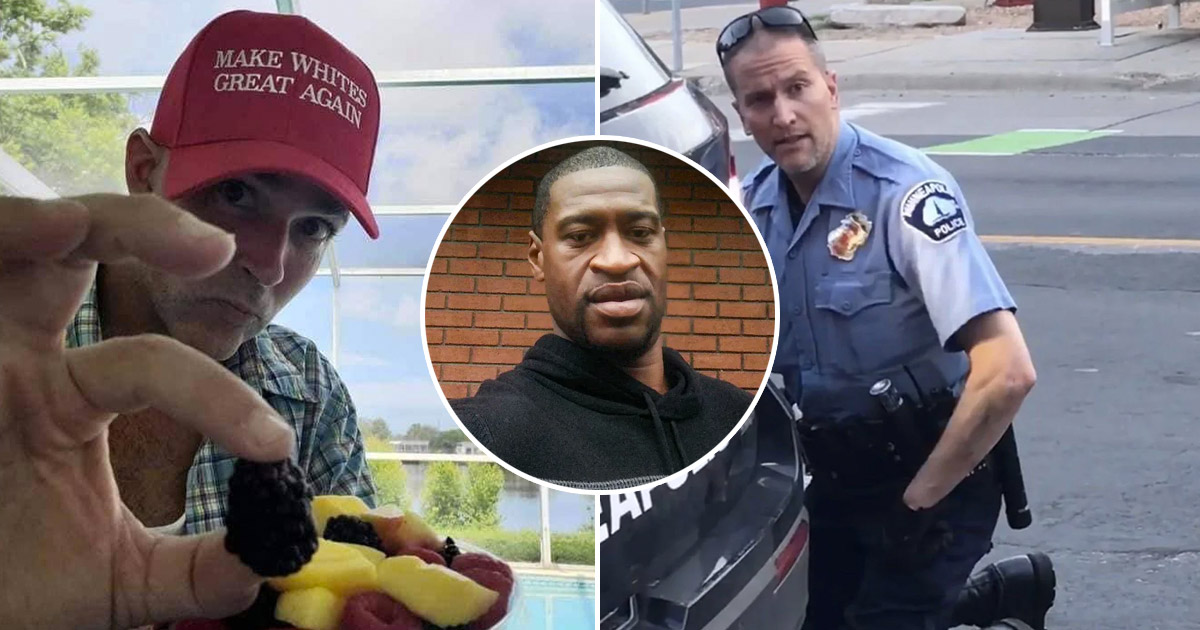 “Make Whites Great Again” is trending on Twitter following the death of George Floyd at the hands (or knees) of a Minneapolis police officer.

Overnight, a photo had surfaced of a white man wearing a red hat with the words “Make Whites Great Again” apparently stitched on the front.

Many Twitter users have identified the man as Derek Chauvin, the now-former cop seen in the video kneeling on Floyd’s neck while he begged for air.

However, social media sleuths were able to determine that they’re not even the same person. The guy wearing the racist red had is actually a man with a storied history named Jonathan Lee Riches.

Fuck the cop tho. pic.twitter.com/SUQvAqQWiP

Other photos surfaced as well, appearing to show Chauvin standing beside Trump at a rally wearing a red “Cops for Trump” shirt … however, the authenticity of that photo hasn’t been proven.

Oct 2019 @MinneapolisPD officers were told not to wear their uniforms to an upcoming Trump rally. Instead they sold shirts saying “Cops for Trump,” a shirt Derek Chauvin (the man who had his knee on #georgefloyd neck) was wearing when he attend the rally. https://t.co/V9JtAXS3sy pic.twitter.com/2VdqdH0lR1

Chauvin, his partner Tou Thao—who was also seen in the video idly standing by as Chauvin kneeled on Floyd’s neck—and two other police officers were fired by the Minneapolis Police Department on Tuesday.