GOSSIPONTHIS.COM News Mississippi Man Drowns on Facebook Live After His Friends Dare Him to... 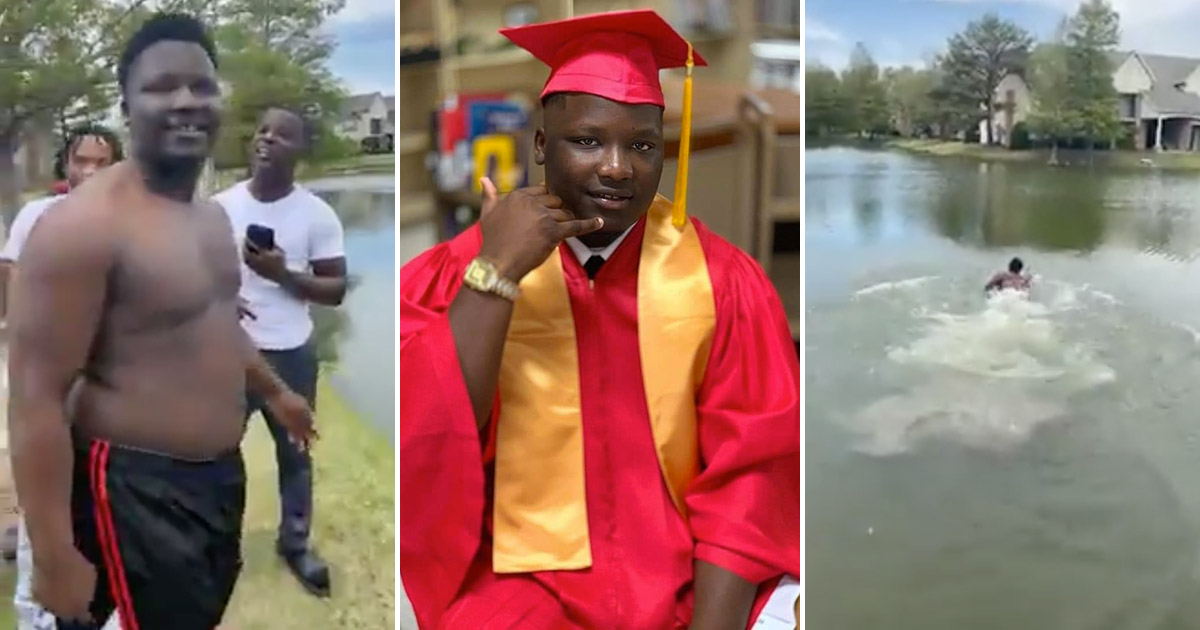 A Mississippi man is dead after he drowned in a pond in Tunica County Saturday afternoon (May 23), and video footage capturing the horrifying incident has gone viral on social media.

The footage, originally filmed on Facebook Live, shows the man’s friends coercing him into jumping into a pond and swimming from one end to the next on a dare.

Once he completed the task, his friends promised to give him cash for a down payment on a car.

“I don’t believe his soft a** gone do it,” one of the man’s friends could be heard saying as the others taunt him in the background for several minutes and negotiate how much money is on the line if he completes the swim.

“I wanna see hit fat a** jump in this bitch,” the guy behind the camera added.

“I ain’t swam in so long bruh … If I drown, who’s going to come and get me?” the man in the video says before he jumps in the water.

The video clip shows the man swimming about halfway across the pond while those watching him on the shore accuse him of walking, but warn that the pond has a huge drop-off in the middle.

Near the end of the footage, the man can be heard screaming for help as those on the shore shout “Get him! Get J.W. bro!”

Then you can hear someone in the background on the phone with 911 saying “We’ve got an emergency.”

After a brief search, the man’s body was eventually recovered from the pond by first responders. He was pronounced dead on the scene by the coroner.

A family said Ransom was visiting friends at the time of the incident.

“That’s a hurting feeling. Seeing him go down in the water, yelling for help but nobody could help him,” family friend Grenisha Rogers told WREG Memphis.

Rogers said people tried to jump in the pond to save Ransom, but the water was too deep.

“When the firefighter came over, they told us it’s a drop-off and it’s 30 feet deep,” she said.

Ransom was also the father of a 7-month-old baby, Rogers added. “…He has a child. He has a seven-month-old. So, that’s just a hurting feeling that nobody wants…”

According to social media posts, Ransom was due to graduate high school in June and had plans to attend Northwest Mississippi Community College in the fall. 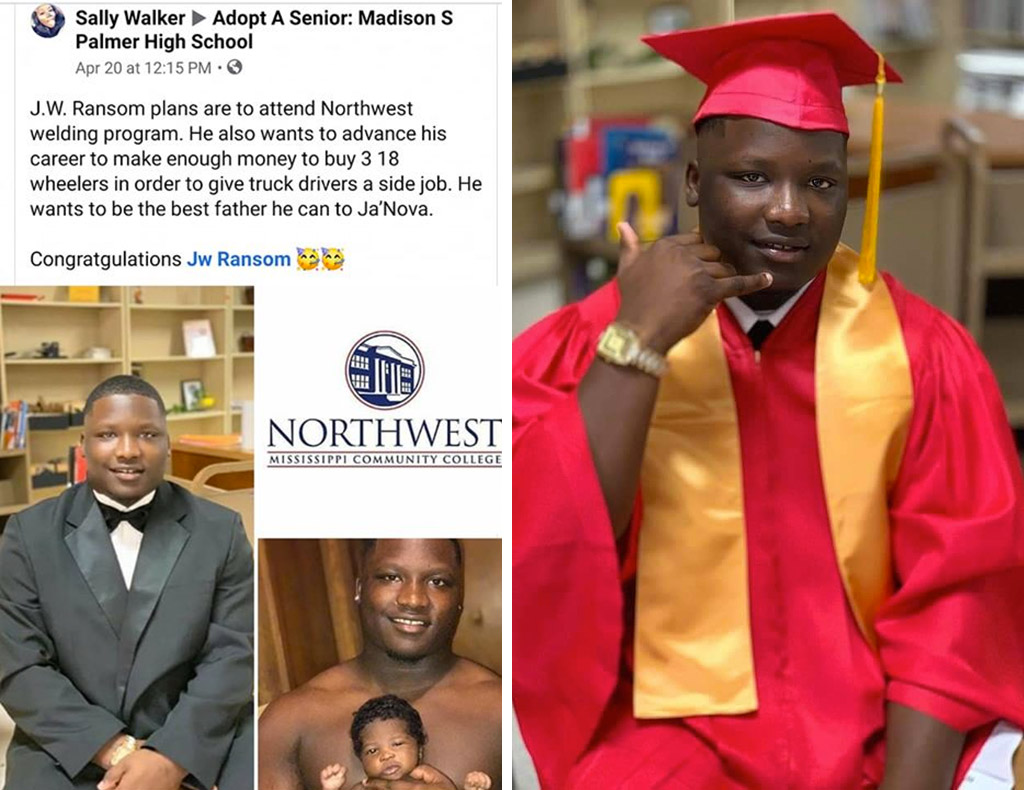