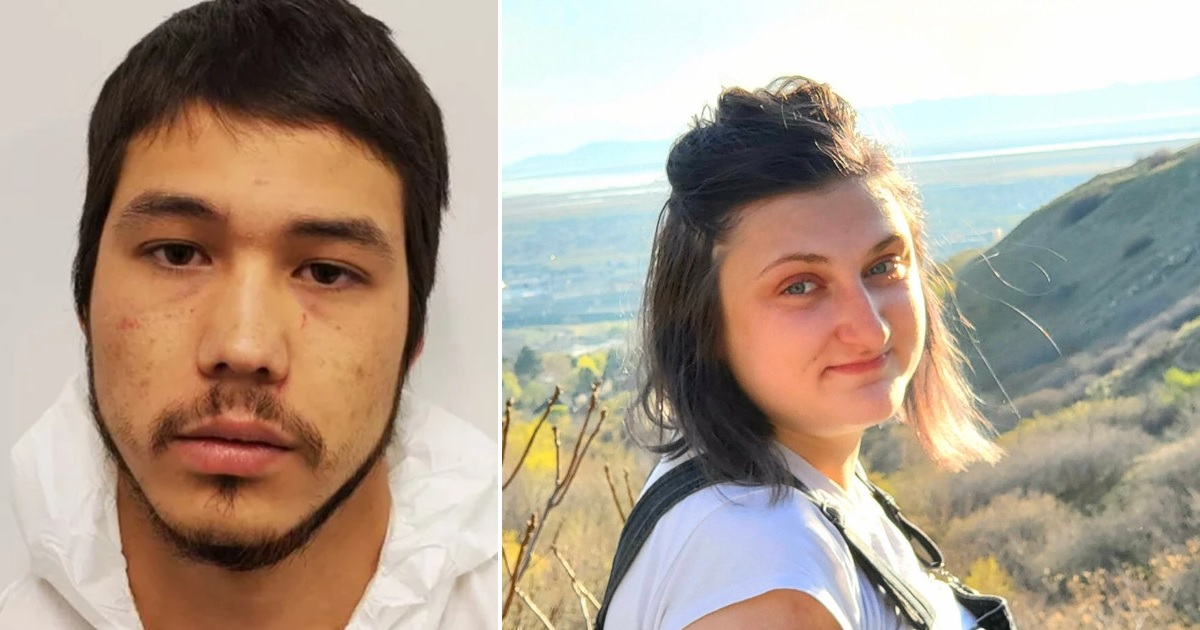 A 25-year-old woman is dead after being choked and stabbed to death by her Tinder date in what police believe to be an “unprovoked” attack.

Utah police responded to the home of Ethan Hunsaker, 24, early Sunday morning (May 24) to find Ashlyn Black lying on the floor, suffering from “multiple stab wounds to the torso.”

Despite efforts to revive Black, she was pronounced dead on the scene.

Hunsaker was arrested and charged with murder. He admitted to choking Black while she was sleeping before stabbing her multiple times with a four-inch pocket knife.

According to the police report, Black and Hunsaker matched on the dating app Tinder on Saturday night around 9 p.m., less than seven hours before her death.

He picked her up from her home and the two went to a local bar for drinks. The two consumed alcohol and returned to Hunsaker’s home.

They had “intimate relations” on the floor in a bedroom, cuddled afterward, and fell asleep.

Hunsaker says he woke up and choked Black “as hard he could for one minute” while she was sleeping. Black tried to fight him off, leaving scratches on the man’s arms, neck, and shoulders.

Hunsaker then got a pocket knife, kneeled over Black, and stabbed her between four to five times in the chest, sides, and back.

He stood and watched Black bleed out for nearly 10 minutes before calling 911. He told the dispatcher he wanted the police to kill him when they arrived.

Hunsaker told officers that he had been diagnosed with mental health illnesses and often has homicidal and suicidal thoughts. He said he takes prescription medication for those illnesses.

Hunsaker is currently being held at Davis County Jail.