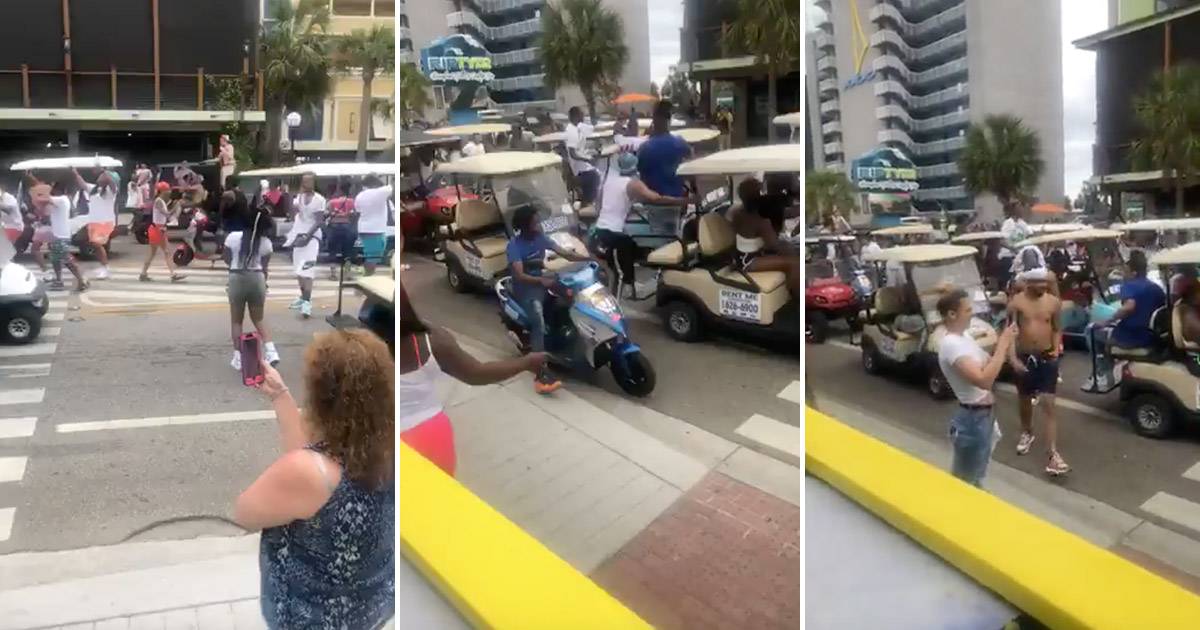 South Carolina is among a number of states that have recently lifted lockdown restrictions due to the COVID-19 pandemic … and people are already flocking to Myrtle Beach in droves. And judging by video footage that went viral, there isn’t a lot of social distancing being practiced and people are NOT wearing masks.

The video, which was originally shared on Facebook Sunday evening (May 17), shows a large group of people on mopeds, motorcycles and golf carts gathering in the middle of the street and playing loud music, putting a complete stop to traffic for SEVERAL minutes along Ocean Boulevard (aka “The Strip”) right in front of Beach House Bar & Grill.

It’s a wild scene … the revelers are standing on top of golf carts and partying it up with absolutely no regard to proper social distancing guidelines and not a mask in sight.

Then, about three minutes into the footage, the crowd scatters like roaches after someone yells “Police coming! Police coming!”

It was also reported a few hours later that there was a shooting in the area that left several injuries and resulted in four suspects being detained.

If you didn’t know any better, the way folks are out here turning up in public … you would think the coronavirus pandemic is officially over and there’s nothing to worry about.

And while we all wish that were true, the sad reality is that the pandemic isn’t even CLOSE to being over with, and videos like this prove that these states are opening up way too quickly.

People have been bored in the house and in the house bored for so long, they don’t even know how to act in public during a global pandemic.

All of this comes after local and state officials lifted restrictions in an effort to boost South Carolina’s economy following a nearly two-month shutdown caused by the coronavirus.

The city had an order restricting hotels from accepting new reservations, but that expired last Thursday (May 14), which allowed tourists from all over the country to travel to and stay in Myrtle Beach.

Even though they’ve lifted the restrictions, state officials are still urging people to adhere to social distancing guidelines.