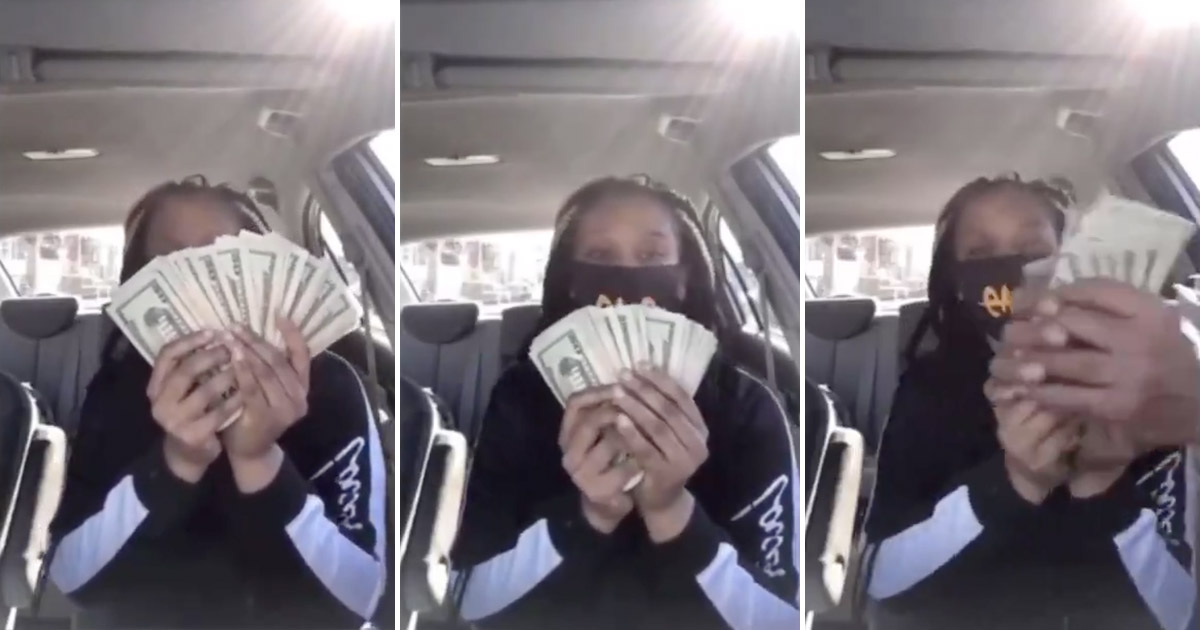 One woman learned the hard way that flexing for the ‘gram can sometimes end with disastrous results … especially if you’re not careful.

Footage surfaced online earlier this week showing a woman getting robbed in broad daylight while in her car showing off her stimulus money in a video she was recording for social media.

The short clip shows the unidentified woman wearing a protective face mask while fanning a large wad of $20 bills in front of the camera.

Within seconds, a man can be seen reaching into the woman’s driver side window—which, for some odd reason, was rolled all the way down—and snatching the cash right of her hands.

The woman struggles for a brief second, but the man appears to make off with the cash as she says “Motherf**ker just took my money!” and the video ends.

The footage comes just one week after the U.S. government started distributed stimulus checks worth at least $1,200 to cash-strapped citizens amid the COVID-19 pandemic, which has left more than 26 million Americans unemployed.

Please don’t be stupid with your money like this woman was.