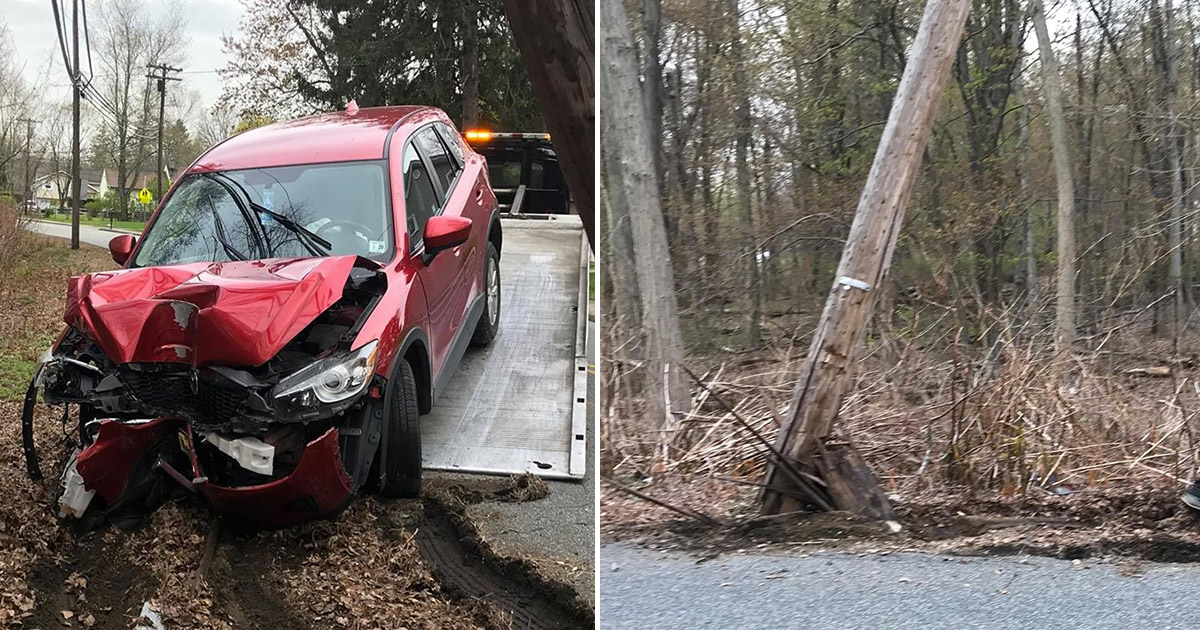 Police in New Jersey are warning people not to wear N95 masks while driving alone after someone passed out while wearing a mask and crashed into a pole.

Lincoln Park police said a motorist crashed their vehicle head-on into a pole Thursday (Apr. 23), and the cops believe the driver lost consciousness while behind the wheel from lack of oxygen and breathing in excessive carbon dioxide after wearing an N95 mask for several hours

“The LPPD responded to a lone occupant single car motor vehicle crash yesterday. The crash is believed to have resulted from the driver wearing an N95 mask for several hours and subsequently passing out behind the wheel due to insufficient oxygen intake/excessive carbon dioxide intake,” the cops wrote on Facebook Friday.

The department continued: “We also know that nothing was uncovered at the accident scene that would suggest that the driver was under the influence of drugs or alcohol.

“While we don’t know [the cause] with 100% certainty, we do know that the driver had been wearing an N95 mask inside the vehicle for several hours and ultimately passed out while operating the vehicle.”

While cops say residents should continue following New Jersey Governor Phil Murphy’s guidelines for wearing face coverings in public amid the COVID-19 pandemic, wearing an N95 mask while driving with “no other occupants is unnecessary.”

The department added: “We are not trying to cause public alarm or suggest wearing an N95 mask is unsafe.”

The driver, who wasn’t named, was taken to a local hospital, where they were treated for non-life-threatening injuries, police said.