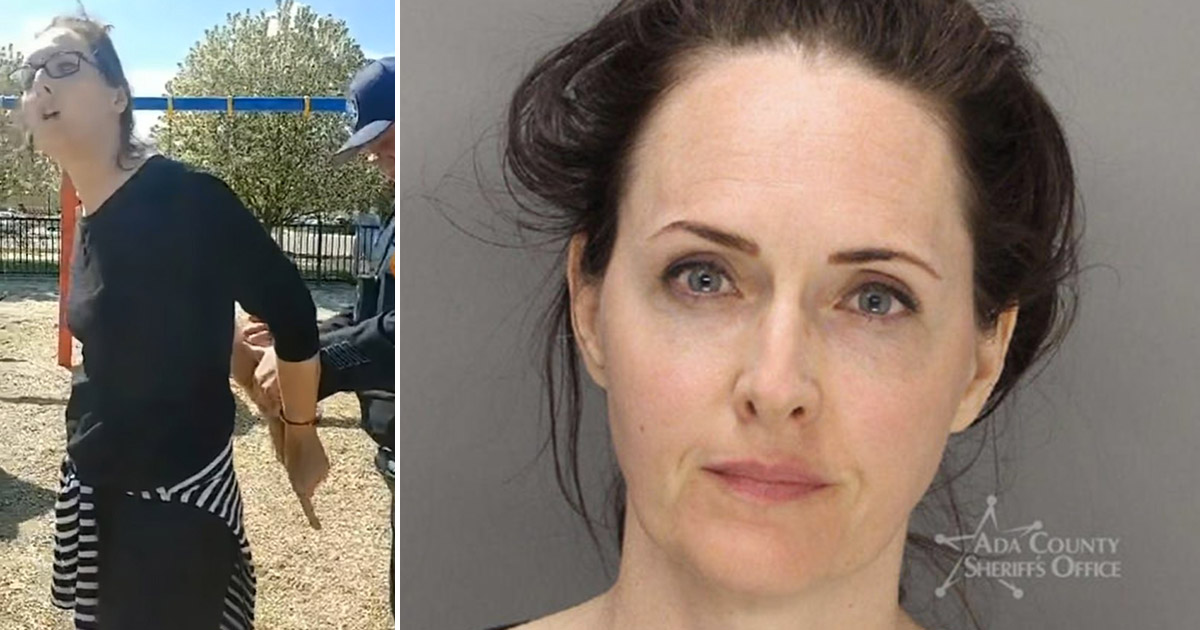 A mother-of-four from Idaho was arrested after she violated the state’s stay-at-home order by staging a protest at a playground that had been closed to the public as part of efforts to combat the spread of coronavirus.

On March 23rd, in response to the coronavirus pandemic, Meridian officials closed city playgrounds and outdoor equipment, though walking paths were allowed to remain open.

Gov. Little’s statewide stay-at-home order went into effect on March 25th and is expected to last through April 30th.

Tuesday’s rally was reportedly organized with the help of the Idaho Freedom Foundation—a conservative organization dedicated to depleting “the power of special interests and free people from government dependency,” according to its website.

The group has been vocal in their opposition to Gov. Little’s stay-at-home order and has staged a number of peaceful protests at various locations that have been closed due to the coronavirus outbreak.

According to the Meridian Police Department, Walton was among a group of demonstrators who removed caution tape and signs instructing people to not use the playground equipment.

Police said the group was repeatedly told the playground was off-limits, however, they were free to use other areas of the park.

Video footage captured from a bystander’s cell phone showed officers asking Brady and the others to leave the playground, but they refused, insisting that they were not trespassing.

“Ma’am, I’ve told you to exit numerous times,” one officer could be heard saying to Brady. “This is it. Exit the playground now. I’m really trying to be nice about this.”

Brady refused to leave and continued arguing with the cop, who then gave her “5 seconds” to clear the playground area.

As the officer counted down the seconds, Brady turned her back to him and said: “Arrest me for being difficult. Do it! Record it!”

And that’s exactly what the officer did.

This has gotten out of control

Stop arresting free Americans for being outside with their families

According to a press release from the Meridian Police Department, Brady was booked into the local jail on a single count of misdemeanor trespassing and was released Tuesday evening on a $300 cash bond.

Meridian officers said they made several attempts to help Brady adhere to the rules, but she was “non-compliant and forced officers to place her under arrest to resolve the issue.”

The statement from the department continued: “These are very trying times and the Meridian Police Department supports the public’s right to assemble for peaceful protest, however the right does not include damaging public property or ignoring closures of City property and facilities.”

Immediately after posting bond, Brady was joined by hundreds of people at Meridian City Hall and they continued protesting against the governor’s stay-at-home order.

Brady is well-known figure in the Meridian community. She’s the founder of the group Idahoans for Vaccine Freedom, and in 2017, she made headlines over her decision not to vaccinate her own children after she demanded a public apology from officials because her then-5-year-old son had been denied admission into kindergarten because he wasn’t properly immunized.

The protests in Idaho are part of a growing nationwide trend in which people stage demonstrations against stay-at-home orders while also blatantly violating social distancing restrictions.

As of Wednesday (Apr. 22), there are more than 1,700 confirmed cases of coronavirus in Idaho and 51 deaths.