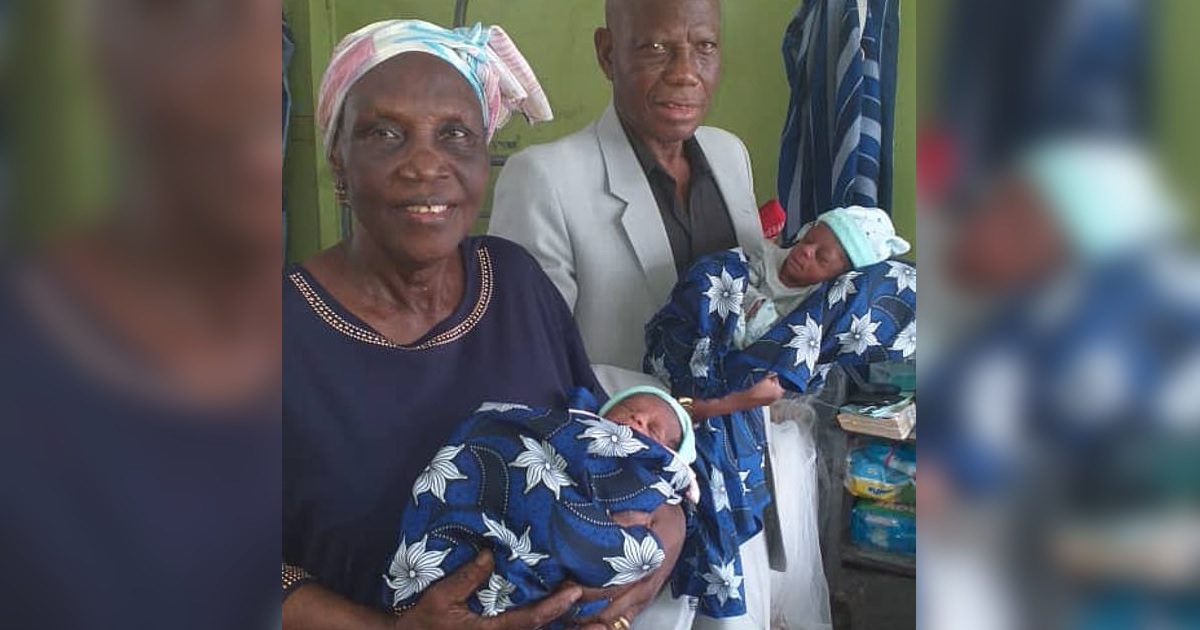 A Nigerian woman has given birth to miracle twins; the miracle being that the first-time mother is 68 years old and her husband is in his seventies!

Margaret Adenuga gave birth to a boy and a girl at 37 weeks via caesarian section earlier this month after her fourth round of IVF treatments.

Margaret and husband Noah Adenuga—who married in 1974—never gave up on their desire to become parents after 43 years of trying, despite the three failed rounds of IVF and the many doctors that warned of the dangers of being pregnant at Margaret’s age.

The new father told BBC that he and his wife remained committed to having a baby after he had a dream in 1996 in which it was revealed that they would be “known across the world.”

“I am a dreamer, and I was convinced this particular dream of ours will come to pass,” he told CNN.

The twins were delivered at the Lagos University Teaching Hospital. The hospital did not perform the IVF treatments and it hasn’t been publicly reported were Margaret received the fourth round of IVF.

Margaret was then referred to LUTH after becoming pregnant and a team of specialists was assembled to monitor the high-risk pregnancy.

Dr. Adeyemi Okunowo delivered the twins. He called them “a miracle” and stated that Margaret was very lucky.

“There are age-related medical complications that come with being pregnant at that age such as the baby being born preterm,” the doctor told CNN. “She’s lucky but many may succumb to other complications during or after having a baby.”

A 73-year-old Indian woman safely gave birth to twin girls last year, also conceived through IVF. She is believed to be the oldest person to ever give birth.