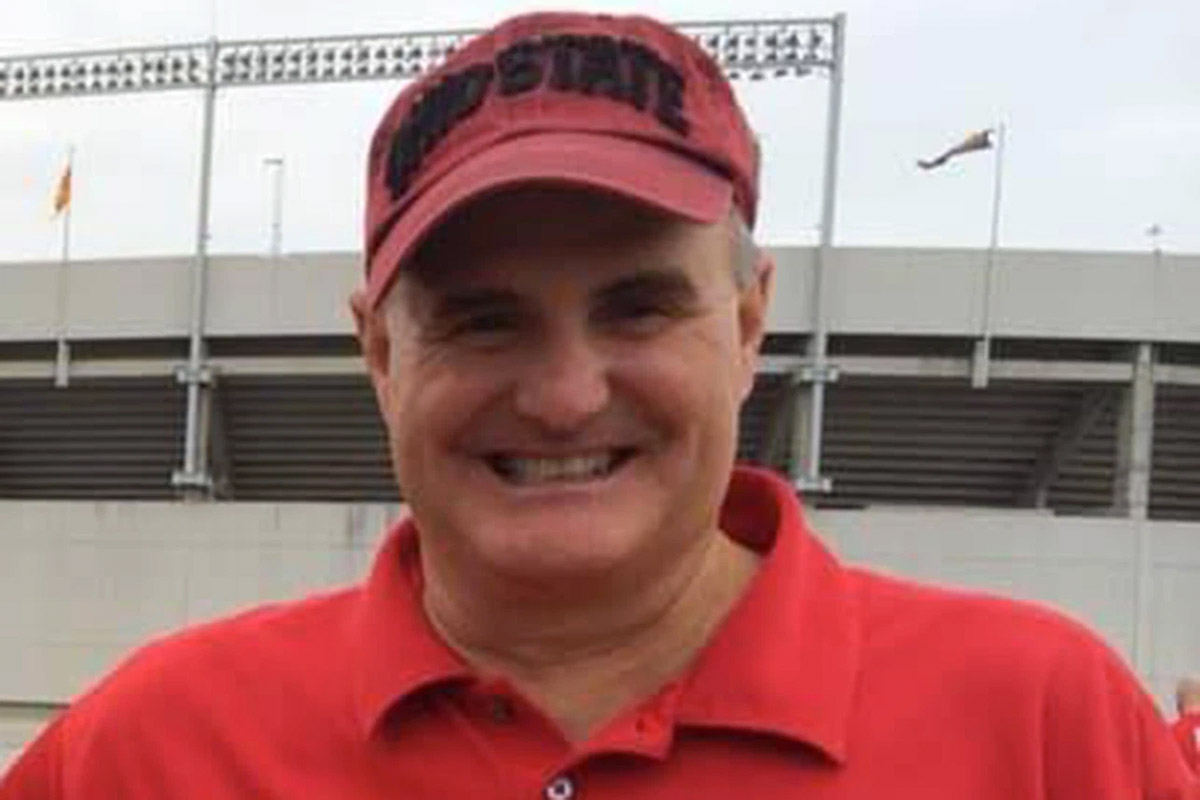 An Ohio man who called the coronavirus pandemic a “political ploy” and said the state’s stay-at-home order was “bulls**t” has died after testing positive for the virus.

60-year-old John W. McDaniel passed away last Wednesday (Apr. 15) at Riverside Methodist Hospital in Columbus just one month after he shared a number of posts on Facebook downplaying the seriousness of the disease that has infected over 2.5 million people and has killed over 170,000 worldwide.

“Does anybody have the guts to say this COVID-19 is a political ploy? Asking for a friend. Prove me wrong,” McDaniel wrote on March 13th.

Two days later, he called Ohio Gov. Mike DeWine’s stay-at-home order that forced the closure of non-essential businesses like bars and restaurants “bulls**t,” saying that the governor “doesn’t have that authority.”

He added: “If you are paranoid about getting sick just don’t go out. It shouldn’t keep those of us from living our lives. The madness has to stop.”

McDaniel’s Facebook account has since been deleted, however, screenshots of his posts were saved and widely shared on social media. 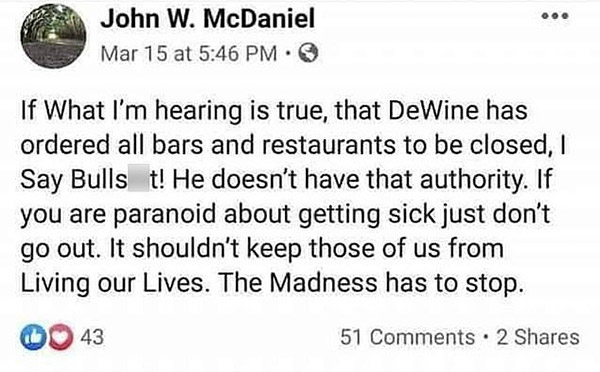 McDaniel’s obituary confirmed that he died “with his loving family by his side from complications from COVID-19.”

It wasn’t clear if McDaniel was suffering from any underlying health conditions that could have contributed to his death, however, his obituary stated that he was a cancer survivor after battling the disease in the 80’s.

McDaniel, who was the president of his company’s industrial manufacturing company, is survived by his wife and two adult sons.

“You could not have known a more loving and loyal husband, father, son, brother, uncle, and friend,” his obituary read. “Simply put, Johnny McDaniel loved life and loved everyone he knew with his whole heart.”

Despite McDaniel’s posts denying the severity of COVID-19 and slamming measures to slow its spread, his family asked in his obit for “everyone to continue practicing social distancing to keep each other safe.”

According to the Marion Star, McDaniel was the first person in Marion County to die from coronavirus.

“On behalf of the entire Marion County community, we express our deepest sympathies to his family and friends,” Marion Public Health Commissioner Traci Kinsler said in a press release after McDaniel’s death.

“Our thoughts go out to the Marion County community, as well as all Ohioans, and those across the world battling this illness and the families of everyone affected by this pandemic.”

As of April 21st, Ohio has reported more than 13,000 COVID-19 cases and 557 deaths. Marion County has the highest number of cases with more than 2,000 people infected.