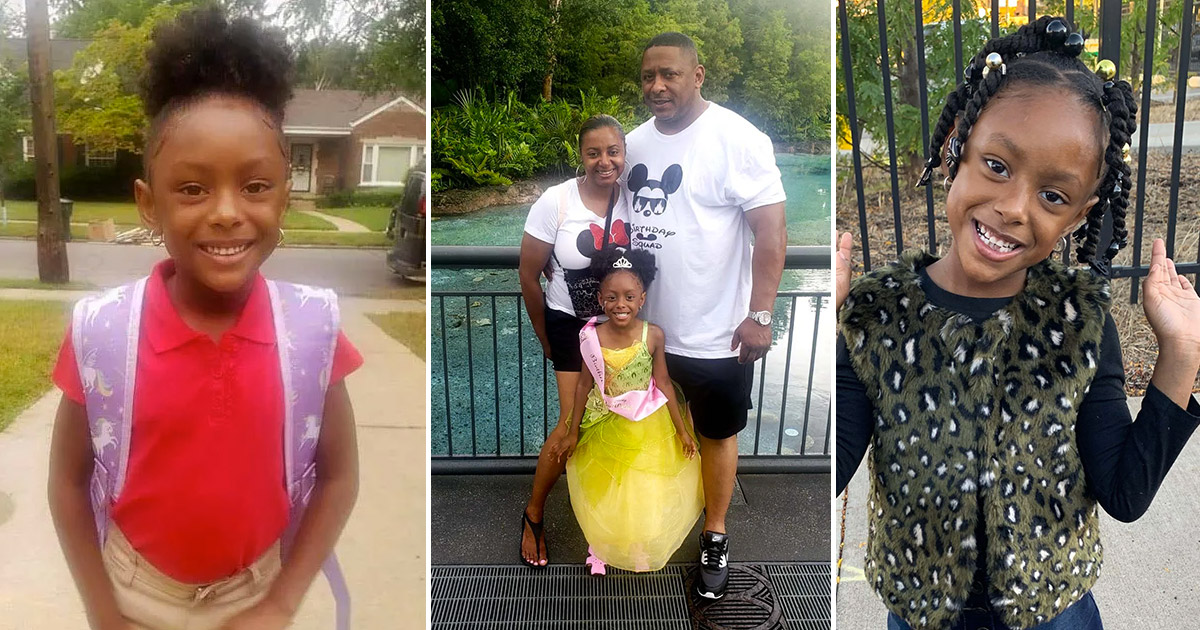 A 5-year-old Michigan girl who complained to her parents of a headache a month ago has died after contracting coronavirus.

According to The Detroit News, Skylar Herbert’s parents—who are both Detroit first responders—took her to a pediatrician on March 23rd after she started complaining about a headache that wouldn’t go away even with pain meds.

After testing positive for strep throat, Skylar was sent home with antibiotics.

“She had been crying all night and saying the headache would not go away,” said Skylar’s mom, LaVondria Herbert.

“We called the doctor back, and they told us that it takes the medication 48 hours to kick in and to give it some time, but because she was crying so bad, I told my husband we needed to take her to emergency because I just didn’t know.”

Herbert said she and her husband then took Skylar to Beaumont Royal Oak, where she was tested for COVID-19, the results of which came back positive the next day. It was at that point that doctors determined that Skylar’s headache and mild fever were side effects of the virus.

Skylar was released from the hospital the next day, but the family went back to the hospital just six hours later because her father, Ebbie Herbert, started showing symptoms of the virus.

“We went back to emergency at the Beaumont Hospital’s Farmington campus because I noticed my husband was coughing and having shortness of breath,” Mrs. Herbert said. “Me and Skylar waited in the car, but out of nowhere, Skylar began complaining about her head hurting again and then she just threw up.”

Mrs. Herbert said she took Skylar’s temperature, which was around 100 degrees, and wrapped her up in blankets because she’d started shivering. Soon after, she had a seizure.

At that time, Skylar’s father had just walked out of the emergency room and quickly went to console her.

Skylar was then admitted to a Pediatric Intensive Care Unit where her family was told that she had developed meningitis and brain swelling, a rare complication of the coronavirus.

While Skylar was being treated, she initially started showing signs of improvement, like not complaining about having headaches and being able to get up to use the bathroom.

The next day, however, her condition quickly deteriorated and she was put on a ventilator.

But Skylar never opened her eyes again. On Sunday (Apr. 19), after spending two weeks on a ventilator, the Detroit girl died.

“We decided to take her off the ventilator today because her improvement had stopped, the doctors told us that it was possible she was brain dead, and we basically just knew she wasn’t coming back to us,” Mrs. Herbert said.

A spokesman for Beaumont Health said in a statement about Skylar’s death: “The loss of a child, at any time, under any circumstances, is a tragedy. We are heartbroken that COVID-19 has taken the life of a child. We extend our deepest sympathy to Skylar’s family and all others who have lost a loved one to this virus.”

Skylar is the first child to die of coronavirus in Michigan. Before her, the youngest person on record to die after testing positive for the disease was 20 years old, according to the Michigan Dept. of Health and Human Services.

Skylar’s parents say they have no idea how she contracted the virus, as she’s been in the house for weeks and had no prior health issues. Her father’s test for the disease came back inconclusive, despite his symptoms.

At least 40% of coronavirus deaths in Michigan are Black residents, and the number is even higher for Detroit—at least 76%, The Detroit News reported.

While a number of residents have expressed anger over Gov. Whitmer’s stay-at-home order, with some even going as far as staging a massive protest at the Capitol in Lansing last Wednesday (Apr. 15), Skylar’s parents are supportive of the governor’s efforts to save lives.

“I want to say thank you to the governor for making people go home,” LaVondria said.

LaVondria and Ebbie Herbert both work in public safety. LaVondria has been an officer with the Detroit Police Department for 25 years, while Ebbie has been a Detroit firefighter for 18 years.