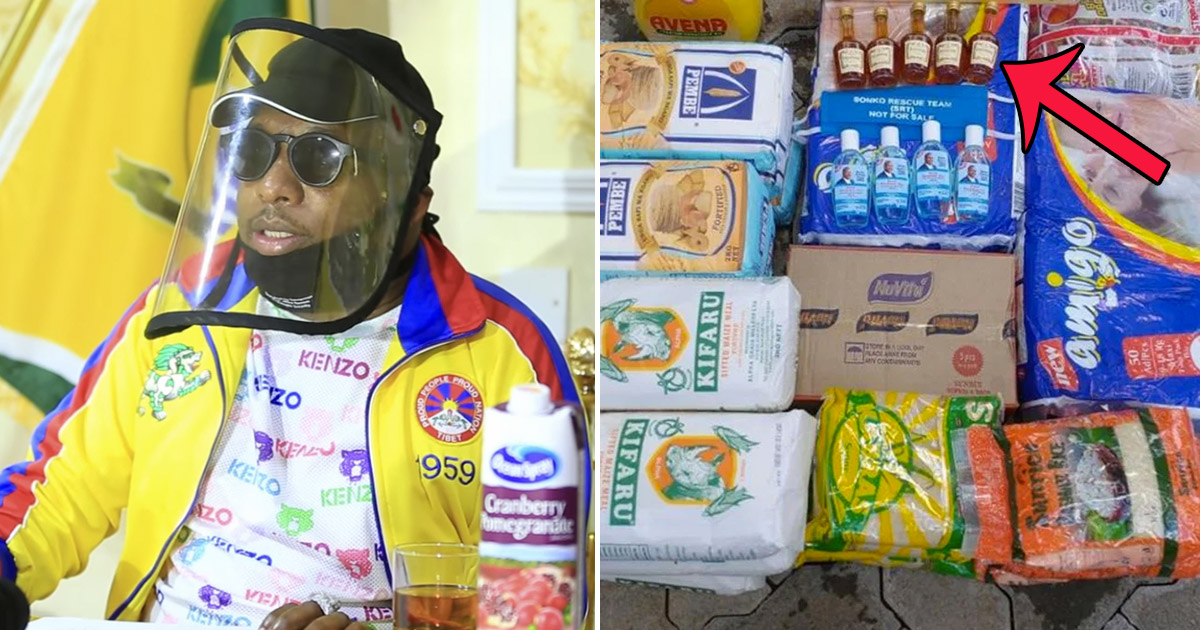 A Kenya Governor is sending care packages to help those in need during the coronavirus pandemic, however, one of the items that comes in the packages has him under fire.

During a media briefing on Tuesday (Apr. 14), Mike Sonko, the governor of Kenya’s capital city Nairobi, revealed that in addition to food and diapers, the packages would also include small bottles of Hennessy.

According to Sonko, the popular cognac brand would serve as “throat sanitizer.”

Sonko also said in the briefing that research from the World Health Organization proved that Hennessy or any form of alcohol plays a major role in killing the virus.

“We will be giving some small bottles of Hennessy in the food package which we give to our people. I think from the research conducted by the WHO and various health organizations it has been revealed that alcohol plays a very major role in killing the coronavirus or any sort of virus,” Sonko stated in the briefing.

Note: WHO warns that drinking alcohol does not protect you against COVID-19 and can be dangerous pic.twitter.com/vuSuVAb8dy

The World Health Organization, however, has debunked all claims that alcohol helps with the virus and has advised that alcohol consumption can exacerbate health vulnerability, risk-taking behaviors, mental health issues and violence.

The WHO has also encouraged governments to enforce measures that limit alcohol consumption.

Githinji Gitahi, the CEO of African Medical and Research Foundation (Amref), took to Twitter to call out Governor Mike Sonko on his decision to provide Hennessy bottles in the care packages. He also condemned Sonko as not being an ordinary citizen.

Please completely ignore clowning ? of a major global pandemic taking lives & putting extreme pressure on households. Dump this the way you would dump your used #COVID19 #mask – never to be recovered! @MOH_Kenya needs to condemn this as this is not an ordinary citizen! pic.twitter.com/6Lsu0DXvzV

Hennessy has also spoken out on the matter and refuted claims that it’s brand can protect people from the Coronavirus.

“Hennessy would like to stress that the consumption of our brand or any other alcoholic beverage does not protect against the virus,” Hennessy revealed in a statement.

Governor Mike Sonko is no stranger to controversy and just last year was arrested on corruption charges and was forced to surrender some of his duties to the national government.