GOSSIPONTHIS.COM Celebs Diddy Claims Lizzo’s Body Was NOT the Reason He Stopped Her from... 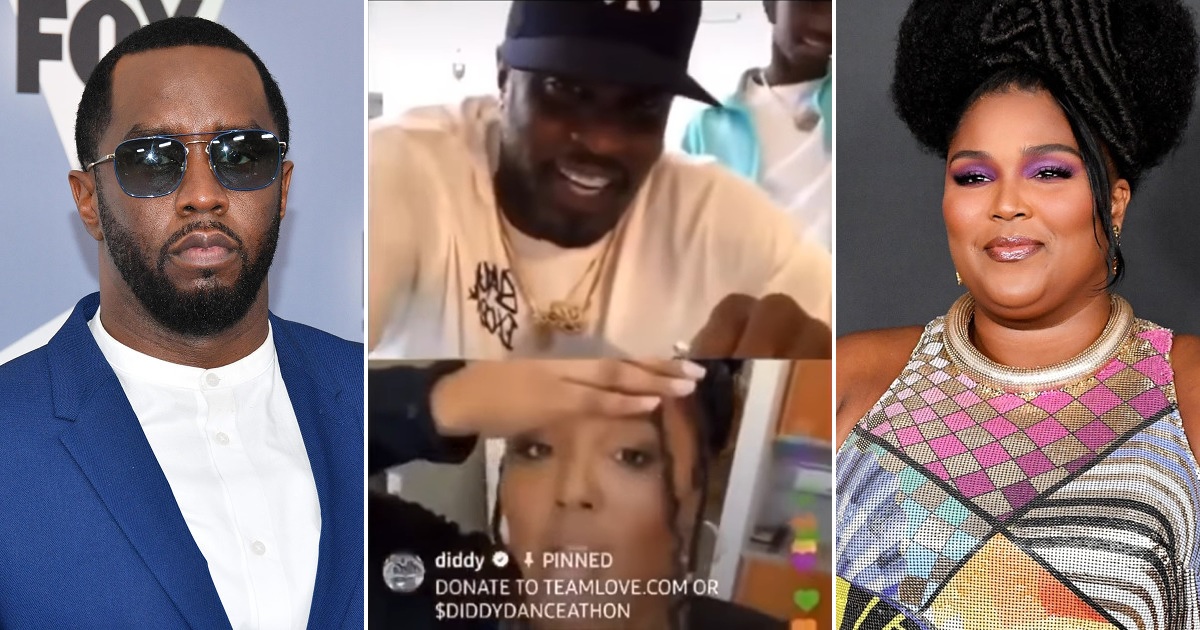 As celebs continue to self-quarantine, Diddy hosted a dance-a-thon fundraiser via Instagram Live and invited many of his famous friends to join.

But during his Easter Sunday (Apr. 12) philanthropic effort, the mogul faced heavy backlash on social media after he abruptly stopped Lizzo from twerking, while having no issues when reality star Draya Michele later twerked during the IG session.

Lizzo was happily dancing to Moneybagg Yo’s “1 2 3” until Diddy interrupted her groove.

Lizzo stopped twerking and apologized, while laughing off the awkward moment. She then suggested Diddy play her own song, Juice.

But when Draya twerked to Juvenile’s “Back Dat Azz Up,” Diddy and his sons encouraged her and cheered her on.

Many immediately called out Diddy for the double standard and accusing him of being fatphobic and body shaming Lizzo.

“There’s one thing that I want to make clear. My queen, my sister Lizzo. She’s one of the best twerkers in the world, ok, so let’s keep that clear.

“It wasn’t about twerking. You’re allowed to twerk on Easter. It was a lot of cursing in the record and I don’t need child services knocking on my door right now, you understand? Lizzo, we love you.

“Everybody, stop looking for the negative. Look at the positive, man. Let’s go to the love.”

#Diddy clarifies why he stopped #lizzo from twerking it was the song choice pic.twitter.com/5xL80UhkNf

Despite his explanation, the conversation is still ongoing on Twitter. Lizzo is a top 10 trending topic, with many coming to her defense.

diddy said he paused lizzo because the record HE chose had “too much” cursing YET he allowed draya to twerk to the explicit version of Back Dat AZZ Up which again HE chose and y’all somehow came to the conclusion that his explanation was sufficient, honest and not full of shit… pic.twitter.com/wXnqEGjcl9

Diddy saying it’s Easter Sunday so Lizzo should keep it family friendly when she was just dancing and then letting Draya shake her ass on the Live is why men aren’t credible. That’s why we assume you’re always thinking with your dicks.

So Draya & Anitta were allowed to do it but not 3x Grammy winning global star & festival headliner Lizzo. Chile… pic.twitter.com/3kOIuRj6Io

Lizzo started twerking on Diddy’s IG live & Diddy talking bout stop its Easter Sunday but Draya twerks on that same live & there are no issues. Y’all can’t even hide yall disdain for fat women & I hate it.