GOSSIPONTHIS.COM Celebs DaBaby Shoots His Shot at Raven-Symone on Instagram Live, But is Disappointed... 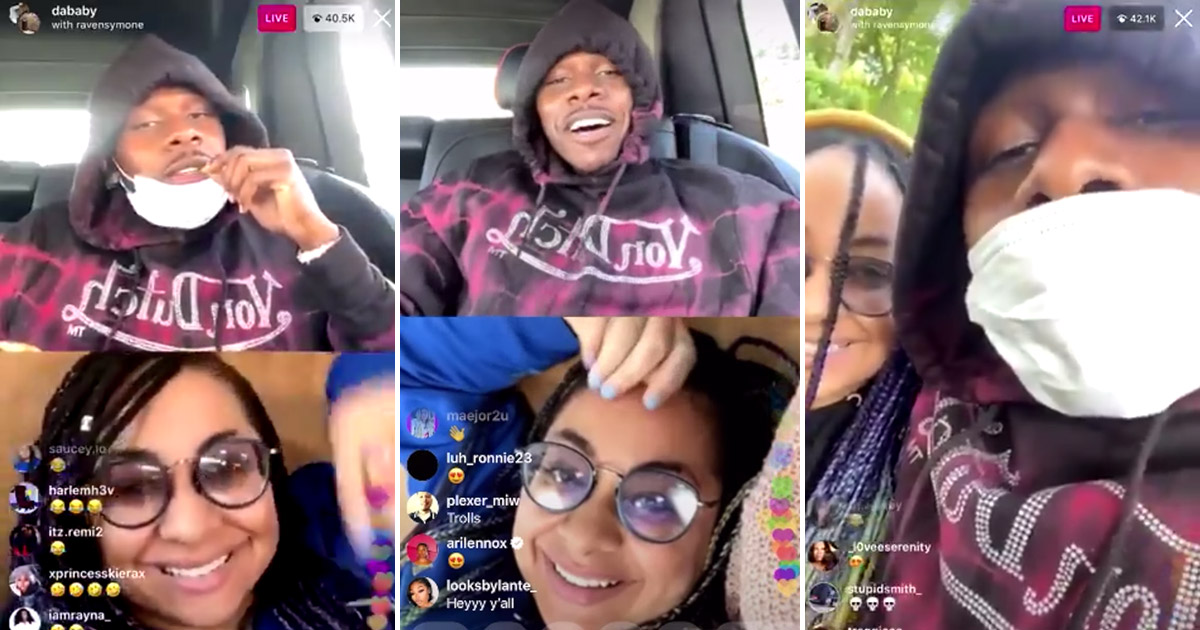 The coronavirus self-quarantine has celebrities interacting with each other on social media in ways we’ve never seen before.

Earlier today, while on Instagram Live, DaBaby called up Raven Symone and she actually answered and chopped it up with him for about four minutes about a number of random topics: like the best way to eat an In-N-Out burger, their own personal methods of preventing themselves from getting infected with COVID-19, their respective recently released projects and more.

“Ain’t no MF way, I feel like I’ve officially made it. I’m on [Instagram] Live with That’s So Raven,” DaBaby said excitedly.

At one point, DaBaby started getting a little flirty and hit Raven with the “age ain’t nothing but a number” line. (FYI: DaBaby is 28 and Raven is 34.)

“You ain’t that much older than me,” he said while eating some french fries.

“I ain’t no lil boy,” he joked. “I just got a babyface. I’m just a cutie pie. That’s what people tell me,” he continued, adding that 34 looks good on her.

DaBaby then suggested that their flirty exchange could be making his female followers mad, to which Raven replied: “Oh, they’re fine … Y’all, I’m a lesbian. Y’all can have him, don’t worry.”

Baby then jokingly replied that she’s breaking his heart. “You broke my heart one time in 06 and you won’t do it again,” he told her.

During their exchange, Raven sent DaBaby her address, and while still on IG Live, he pulled up on her to drop her some ice cream off.

“You’re not supposed to be this close to me!” Raven shouted as DaBaby started singing “reunited and it feels so good!”

“Watch I get the corona cause of this one right here,” Raven joked.

After telling Raven not to blame him if she catches “the corona,” DaBaby asked her to make the face she used to make on That’s So Raven whenever she would have a vision, and she happily obliged.

A very entertaining exchange between two people who you never thought would be interacting on Instagram Live.

This man got off live with B Simone just to get on with Raven Symone ?????? pic.twitter.com/mChRvJzA4n