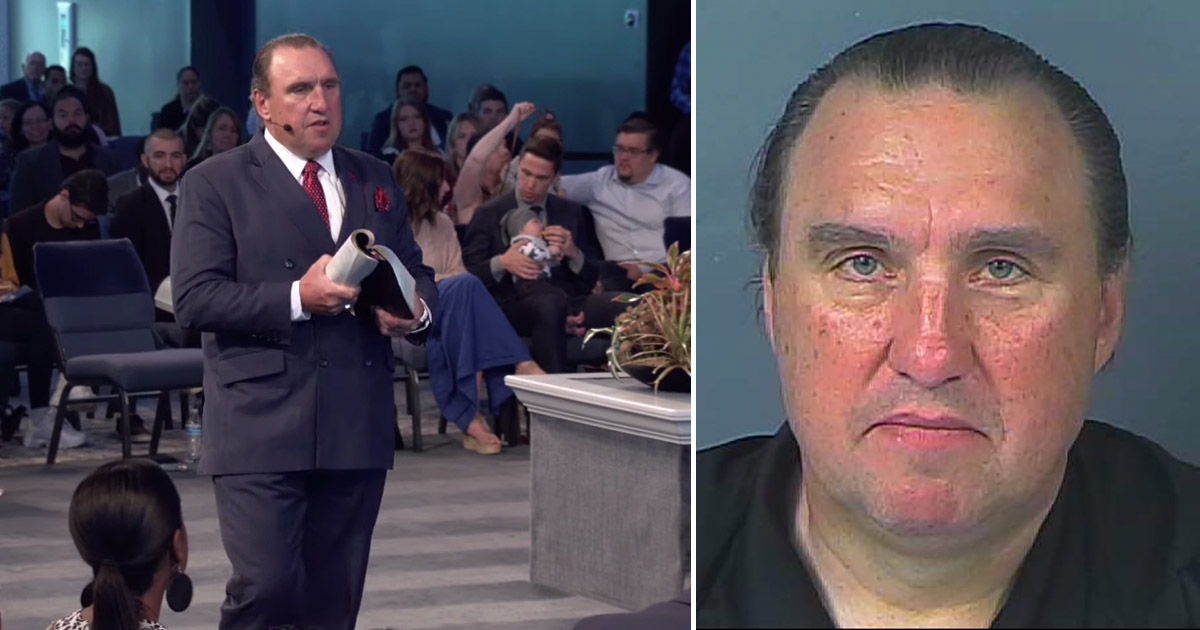 The pastor of a megachurch in Tampa Bay, Florida has been arrested after he broke the law by hosting not just one, but TWO packed out services on Sunday (Mar. 29), deliberately defying the law amid the coronavirus pandemic.

“His reckless disregard for human life put hundreds of people in his congregation at risk and thousands of residents who may interact with them this week in danger,” the sheriff said (via WFLA News).

Sheriff Chronister said his office had been communicating with church leaders since Friday (Mar. 27) after receiving a tip that Pastor Howard-Browne was refusing to stop holding large services in direct defiance of “safer at home” orders from authorities.

Chronister said Howard-Browne’s church is capable of streaming services online and on TV so that people can watch safely at home, but instead the pastor encouraged his congregation to attend the services in person and even provided buses to two large services on Sunday.

Doctors and health officials have advised that people only go out in public if absolutely necessary (i.e. doctor’s appointments, to get food/supplies, etc.) and if you are in public, try to keep at least 6 feet between yourself and other people to help slow the spread of the disease that has infected more than 750,000 people worldwide and has killed over 37,000.

But Pastor Howard-Browne bragged during his services on Sunday that his church would remain open despite local, state and federal orders to not host gatherings of more than 10 people.

Howard-Browne boasted that his church was the cleanest facility in the world, saying: “We brought in 13 machines that basically kill every virus in the place, and uh, if somebody walks through the door it’s like, it kills everything on them. If they sneeze, it shoots it down at like 100 mph. It’ll neutralize it in split seconds. We have the most sterile building in, I don’t know, all of America.”

The pastor said on March 17th, according to TMZ: “We are not stopping anything. I’ve got news for you, this church will never close. The only time the church will close is when the Rapture is taking place.”