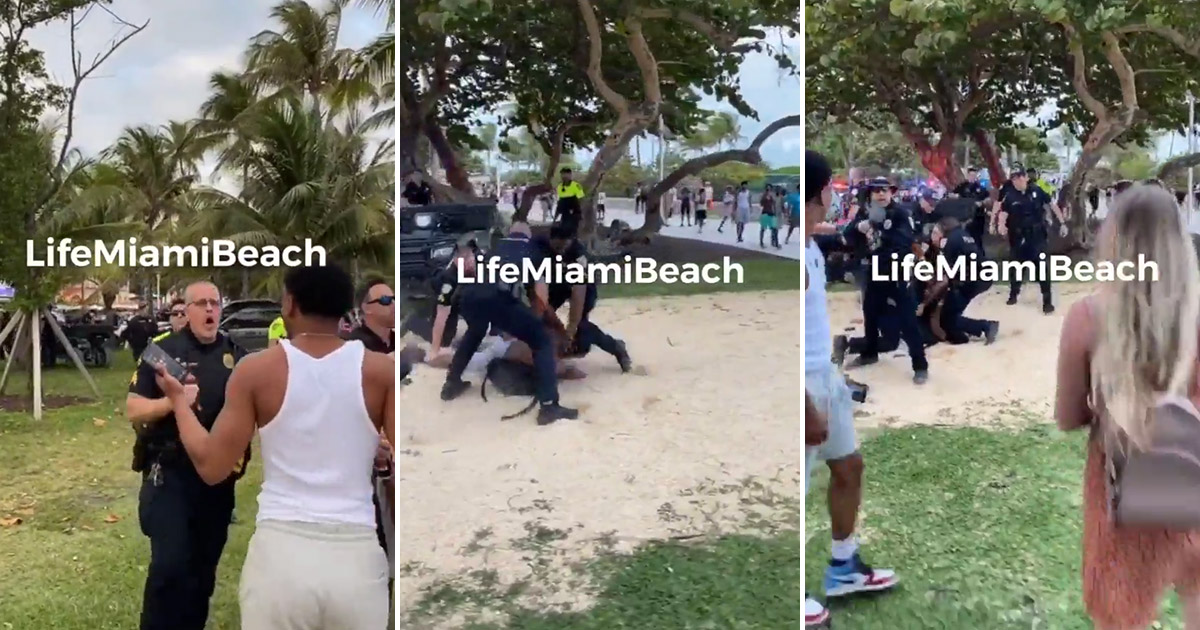 South Florida police are going to great lengths to get Spring Breakers to stop gathering in large crowds amid coronavirus fears.

Video footage has surfaced showing officers shooting at a group of college students who refused to leave a Miami-area park after the Miami-Dade County mayor ordered all beaches, parks and “non-essential” commercial and retail businesses to close over the COVID-19 pandemic.

According to social media reports, the incident happened Thursday (Mar. 19) when hundreds of college students organized an impromptu “flash” party at a Miami park. Because the beaches are now closed, Spring Breakers now have to be creative if they want to party.

Police were notified about the event and quickly rushed to break up the gathering, but were very unprofessional in doing so.

In the video, the officers can be seen cursing at the young people and pushing them while being particularly aggressive towards a group of Black Spring Breakers, who they tackled to the ground and arrested for “resisting.”

At one point, one officer can be seen pulling out an automatic rifle and firing non-lethal pepper balls at the Spring Breakers.

Fortunately, it doesn’t appear anyone was seriously injured in the melee.