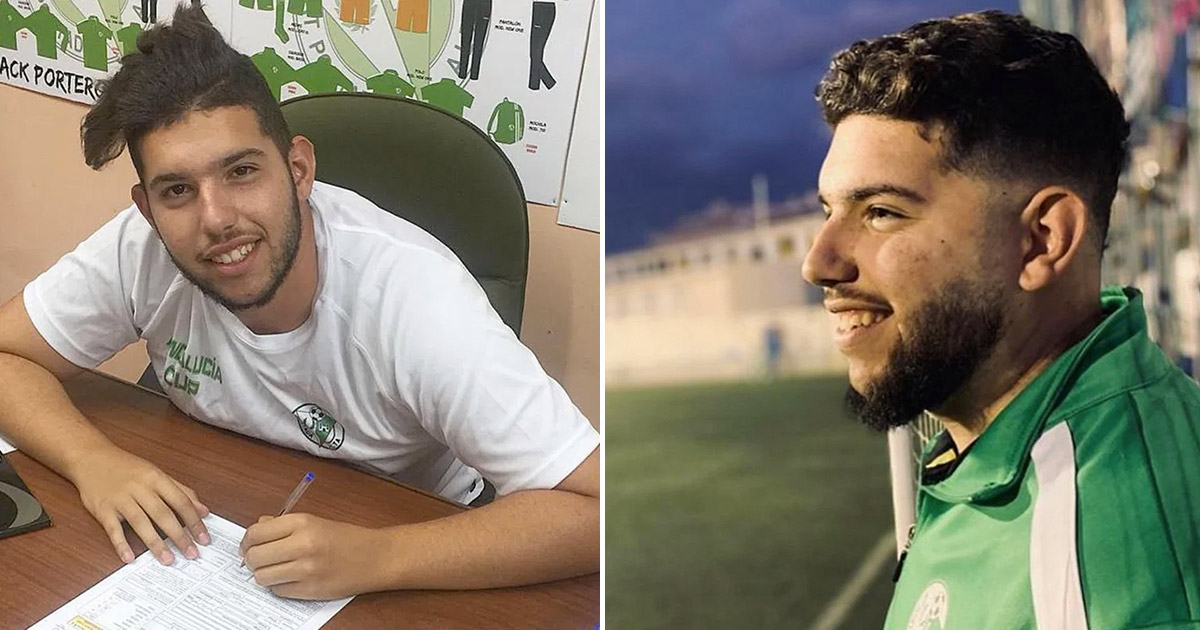 A 20-year-old soccer coach from Spain died from the coronavirus while also unknowingly battling leukemia, according to reports.

According to UK newspaper The Independent, Francisco Garcia—who coached a youth team at Malaga club Atletico Portada Alta—was diagnosed with leukemia after going to the hospital with COVID-19 symptoms.

The Spanish newspaper Malaga Hoy reported that the coach, who would have turned 21 in October, had been advised to seek medical attention after he started having trouble breathing.

After going to the doctor, Garcia was told that not only did he have both coronavirus and pneumonia, but he was also suffering from leukemia, which, coupled with pneumonia, greatly increased the level of risk he was exposed to after contracting COVID-19.

Pep Bueno, Atletico Portada Alta’s club president, said the hospital called him on Sunday (Mar. 15) and said Garcia was in stable condition. But within the hour, he was told that Garcia’s health had deteriorated tremendously.

“I do not believe it. It seems impossible to me,” Bueno said, according to the Independent.

Infectious disease experts said if Garcia hadn’t been suffering from leukemia, he likely would have eventually recovered from coronavirus.

Health officials have also said that the majority of deaths from coronavirus across the world have been among people who are elderly or have underlying health conditions.

“He had a sore throat but he didn’t have a temperature,” Fernandez said. “His doctor told him to take paracetamol [acetaminophen] and sent him home and said there was no need to worry.”

The next day after his symptoms worsened, he went to a different doctor, and was sent home again, this time with antibiotics.

“By the next day, he couldn’t stand up properly and he had a fever,” Fernandez said. “That was the last time Irene and I saw him,” he added, referring to Garcia’s mother, Irene Gomez, who was too devasted to speak with reporters.

“We knew coronavirus was killing people — but we never thought it would kill Francis,” Fernandez told the paper.

Prior to testing positive for coronavirus, Garcia was diagnosed with pneumonia. A day later, blood work showed he also had leukemia. He died on Sunday (Mar. 15), a little over a week after he first started showing symptoms.

Fernandez said dying from COVID-19 meant he and Garcia’s loved ones were unable to see him to pay their last respects and his body was “taken to the cemetery without us being able to say goodbye to him.”

“I’m sure it was the coronavirus that took him so quickly,” Fernandez told the Sun. “We’re proof that this virus needs to be taken deadly seriously.”

He added that the whole family was “devastated and still in a state of shock.”

“A fortnight ago we were a normal family,” Fernandez said. “Now I’m stuck indoors with my wife and my mother-in-law, grieving and worrying if we’ve all got coronavirus too.”

So far, at age 20, Garcia is the youngest to die from coronavirus in Malaga.