GOSSIPONTHIS.COM World News Italy’s Coronavirus Death Toll Jumps by 368 to Over 1,800 in Just... 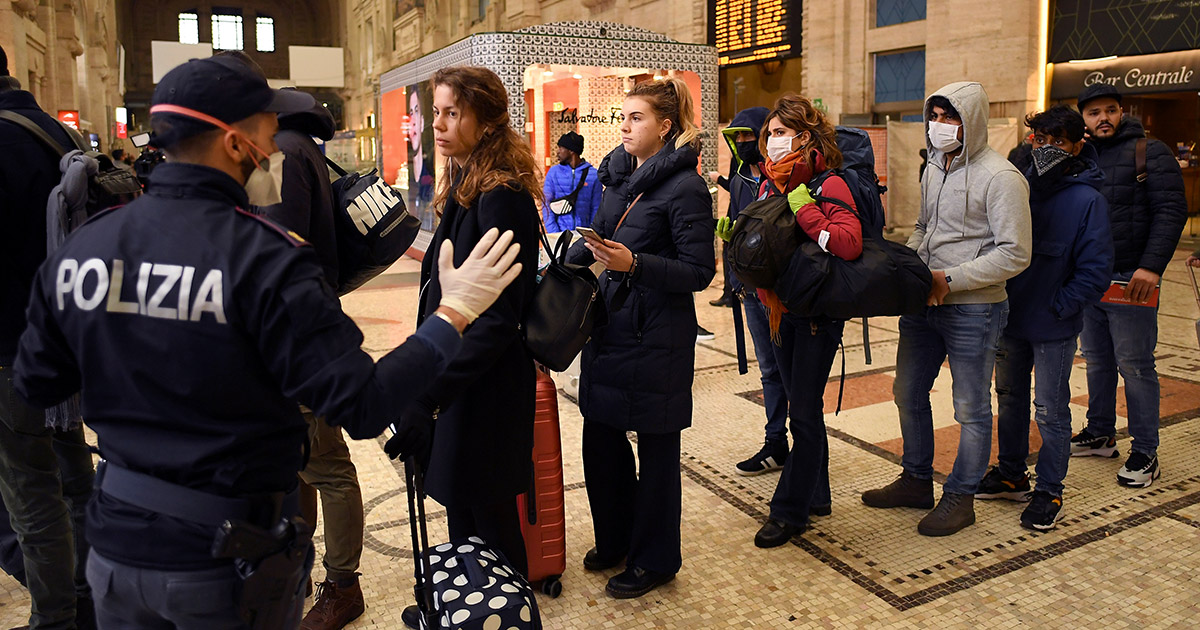 Italy on Sunday (Mar. 15) reported its biggest one-day increase in the number of new coronavirus cases and deaths, according to multiple credible news agencies.

The country, which has been on lockdown since last week, reports that nearly 2,000 people have recovered from the virus.

Italy’s previous record for the number of deaths in a 24-hour period, announced on Friday (Mar. 13), was 250 people.

Italy’s national health institute chief Silvio Brusaferro said it wasn’t clear whether the country had yet reached its peak in the number of cases, which means that they could decline from here, the AP reported.

World Health Organization officials said most people who contract coronavirus will recover, and over 70,000 have, mostly in China, where the virus is believed to have originated from.

Globally, the coronavirus has infected more than 150,000 people and killed over 5,800, which has led several countries like the United States to encourage “social distancing” to help slow down the spread of the virus.

There are more than 3,000 confirmed coronavirus cases in the United States and 62 deaths.

Anthony Fauci, the head of the National Institute of Allergy and Infectious Diseases, said Sunday morning that Italy left “the virus to its own defenses,” which made the number of cases “go way up.”

“That’s not going to happen if we do what we’re attempting to do and are doing,” Fauci told CBS’s Face the Nation.

The U.S. Centers for Disease Control and Prevention said that they are urging organizers to cancel or postpone events with 50 people or more expected to be in attendance throughout the United States.

“Events of any size should only be continued if they can be carried out with adherence to guidelines for protecting vulnerable populations, hand hygiene, and social distancing,” the CDC said in a statement Sunday. “When feasible, organizers could modify events to be virtual.”