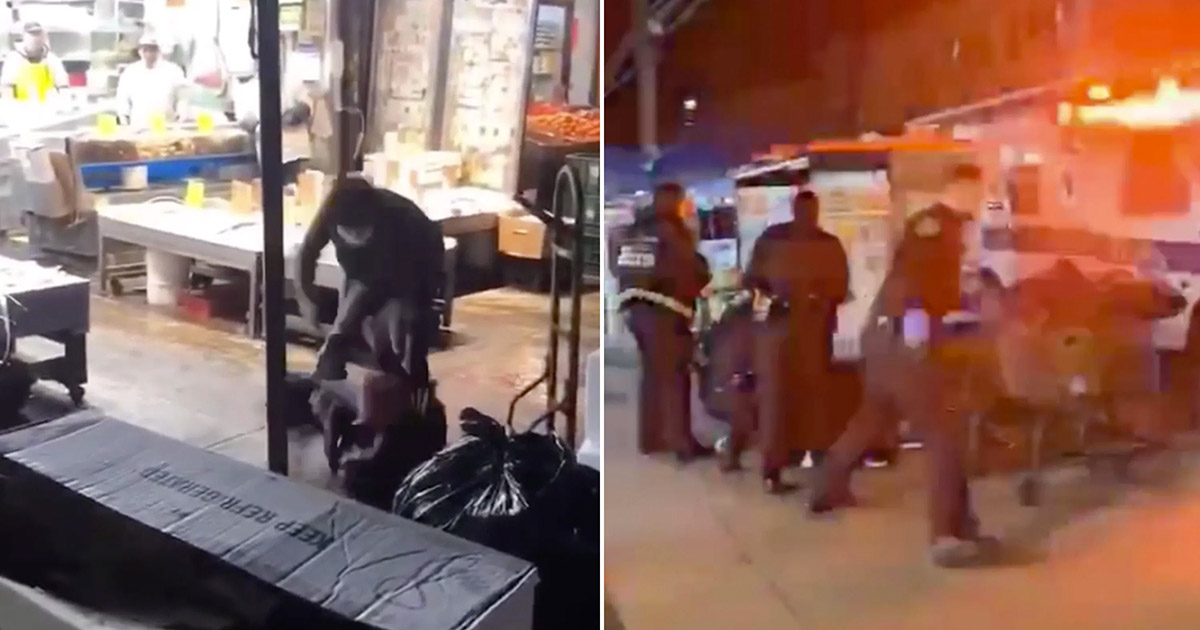 Horrifying footage has surfaced online showing an Asian man being stabbed repeatedly on a Brooklyn sidewalk according to the New York Post.

Qianyang was walking down the sidewalk when an unknown, masked assailant ran up behind him and proceeded to attack him with a knife.

The attacker got on top of Qianyang, who tried to fend him off, and proceeded to stab him a total of 13 times across his back, head, arms, and chest. One of the thrusts even struck Qianyang in the heart.

The entire incident was captured on a cellphone by a bystander, and it shows another passerby attempting to intervene before being chased away by the armed suspect who fled the scene.

“One guy was chasing the other guys, and he caught up with him outside,” a witness told reporters. “He stabbed him so many times, I’m amazed he survived.”

Authorities quickly responded to the scene and rushed the victim to the Lutheran Medical Center. He underwent emergency surgery, but there are no guarantees he will recover from this senseless act.

Because both the victim and the suspect were wearing medical face masks, police sources initially claimed the attack was being investigated as a “possible coronavirus-related hate crime.”

However, NYPD officials have said that there is “no nexus between the attack and the coronavirus.”