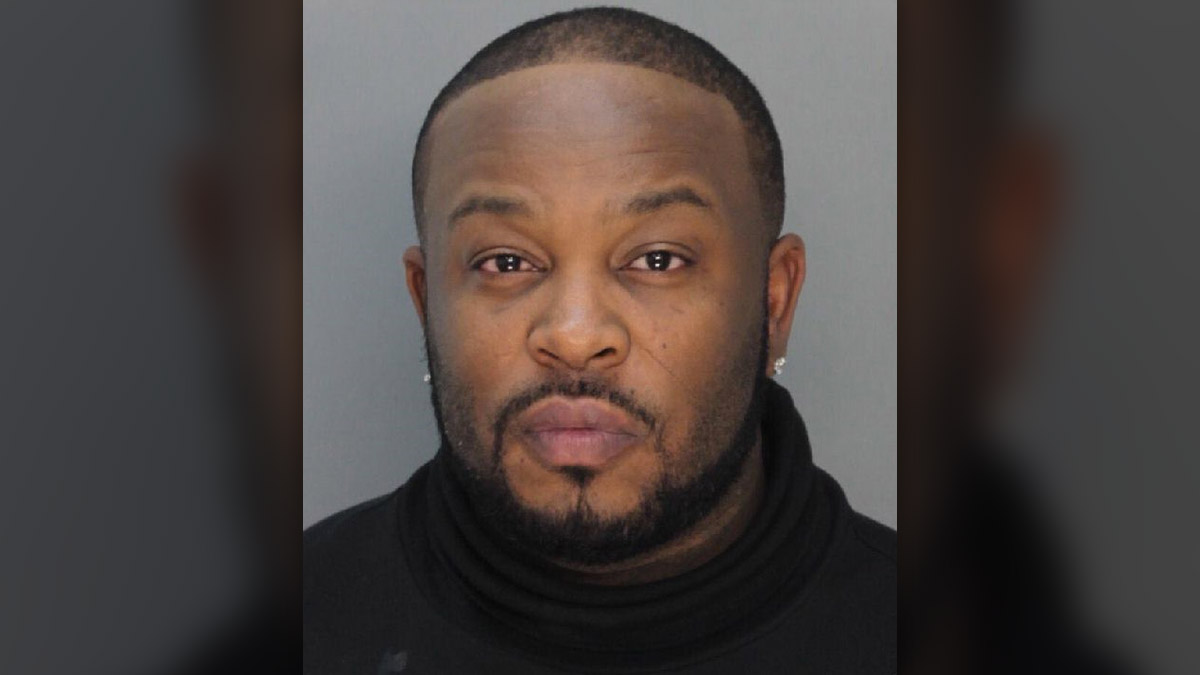 Pleasure P posed for this mugshot after he was arrested in Florida following an altercation with a Checkers drive-thru worker.

TMZ reports that the former Pretty Ricky member was arrested early Thursday morning around 5:15 a.m. in Miami Gardens after he allegedly shoved a female employee in the chest with his bag of food through the drive-thru window.

The police report states that the Checkers employee told cops the incident started when Pleasure P yelled at her through the intercom system for several minutes because of a mix-up over $60 worth of food he’d ordered.

According to the employee, Pleasure P (whose real name is Marcus Ramone Cooper) continued yelling at her as he drove up to the window before getting out of his car and walking up to her.

The woman said he handed her the money and she gave him his food, but then he “pushed her intentionally with malicious intent in the chest with the food he received,” per the police report.

The woman called police, and when they arrived, they questioned the 35-year-old singer, who admitted to his role in the verbal altercation that escalated to food being thrown, but he claimed it wasn’t at the female worker in question.

The incident report noted that P smelled strongly of alcohol and police observed food all over the floor near the drive-thru window. Other employees also corroborated their co-worker’s story.

Pleasure P was arrested and his car was towed. He was booked for simple battery and was released after posting a $1,500 bond a few hours later.