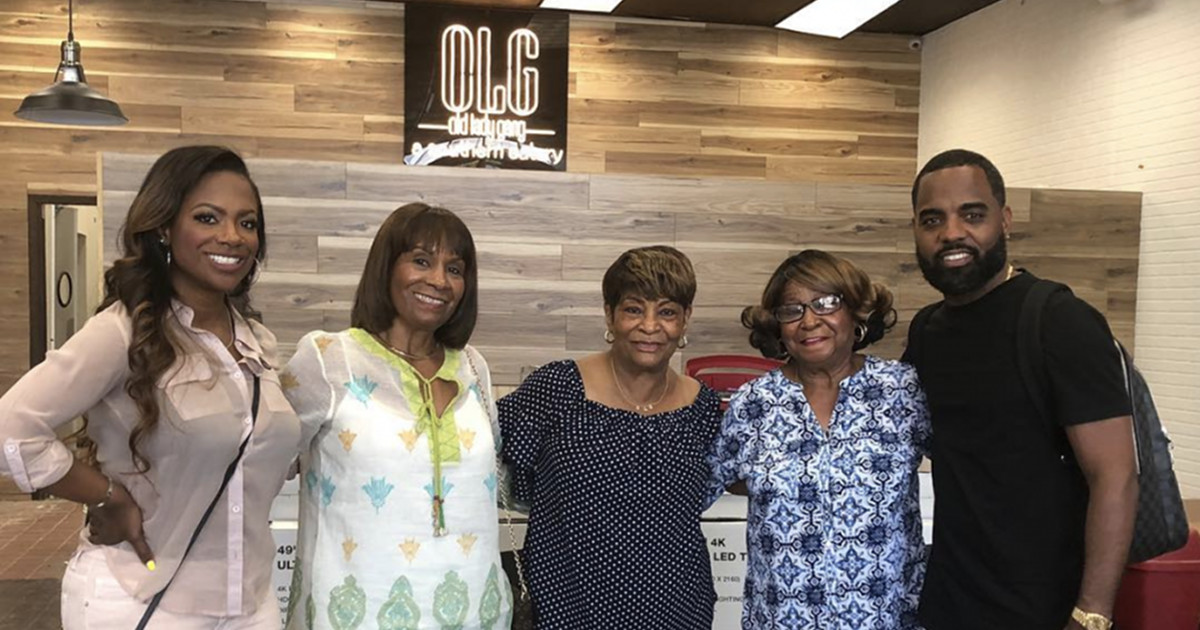 Kandi Burruss’ Old Lady Gang is expanding once again, this time to television.

According to the Atlanta Journal-Constitution, the Georgia film office has greenlit production of a new show based on Kandi and husband Todd Tucker’s Old Lady Gang restaurants.

Documented on Real Housewives of Atlanta from concept to grand opening, the couple opened the flagship location in 2016, with the menu inspired by the family recipes of Kandi’s mother, Joyce Jones and Mama Joyce’s sisters, Nora and Bertha.

The restaurant’s popularity has led to two other OLG locations.

Bravo has not released any details on the show or a premiere date. All we know that is production has commenced or will begin soon.

And there’s likely to be lots of drama to fuel the show. On Valentine’s Day, a gunman opened fire in one of the OLG locations, targeting one individual, but also injuring two other people during the shooting.

All three victims suffered non-life-threatening injuries and police are still looking for the suspect.

Though it’s unclear if Old Lady Gang will focus on the employees of the flagship location or document the expansion of the business, the concept sounds very similar to former Real Housewives of Beverly Hills star Lisa Vanderpump’s restaurant spin-off, Vanderpump Rules.

Vanderpump Rules is now in its eighth season and has aired 146 episodes. The show and its stars remain popular despite Lisa quitting RHOBH last year.

Old Lady Gang will be Kandi’s fourth Real Housewives of Atlanta spin-off and her fifth project with Bravo.