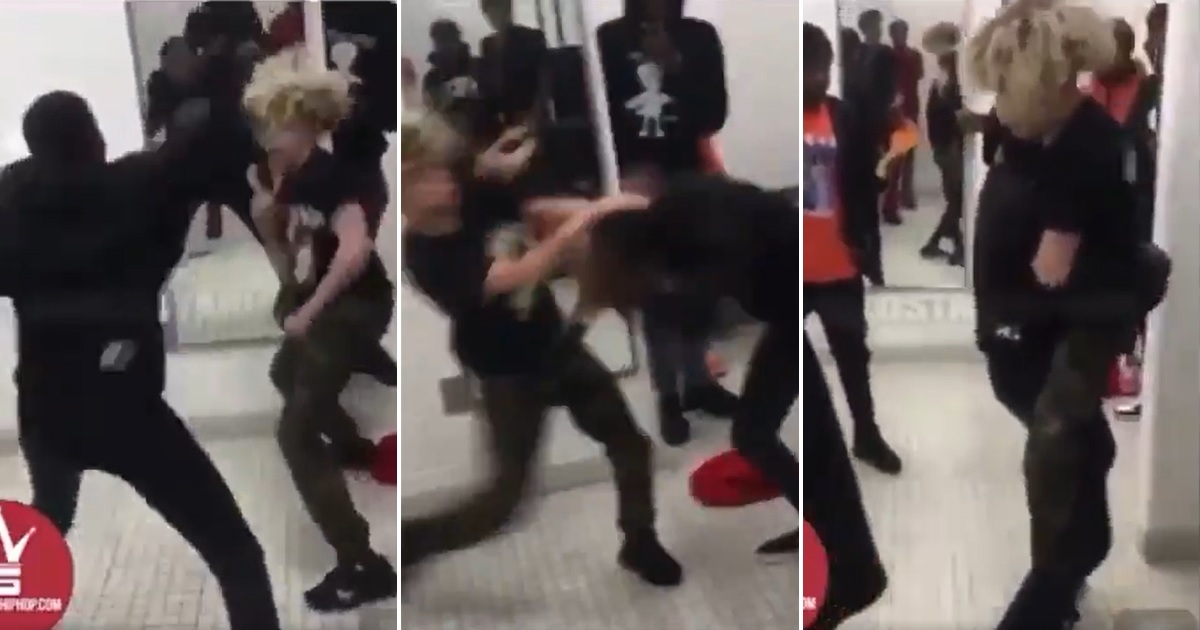 Another one of T.I.’s children is now in the blogs. A video of the rapper and Tiny Harris’ 15-year-old son, King, in a school fight has surfaced and gone viral.

The video appears to show King fighting with a schoolmate in a school bathroom.

The two boys throw several punches as they brawl, as a few kids idly stand by and watch. King was able to land a few hits and dodge punches as well.

T.I's Son King Gets Into A Fight In School pic.twitter.com/6zMdCwhCIj

T.I’s son holding his own in school… pic.twitter.com/8igiXcV9j8

King took to social media to give his followers a rundown of what happened. He says the clip only shows the beginning of the fight and that he only got hit once.

“[I was] tagging him dang near every hit,” said. “He know he lost and I know he lost. He cannot fight.”

TI’s son King gets into a fight at school & tells me how it goes down. ?? #TI #KingHarris “They say I got 2 black eyes. Where they at tho” ?? pic.twitter.com/66hTvbkdfE

On the family reality show, King had asked his parents to be homeschooled so that he could focus on his budding rap career and tour. While Tiny was open to the idea, T.I. disagreed, which caused an argument between father and son.

Homeschool may be a better option for the teenager in more ways than one.

King’s viral fight video also comes months after his sister, Deyjah Harris, was in the news after her father sparked a nationwide controversy by revealing he accompanies her to the gynecology appointments to confirm her virginity.

Let’s see how or even if T.I. addresses his son’s actions.