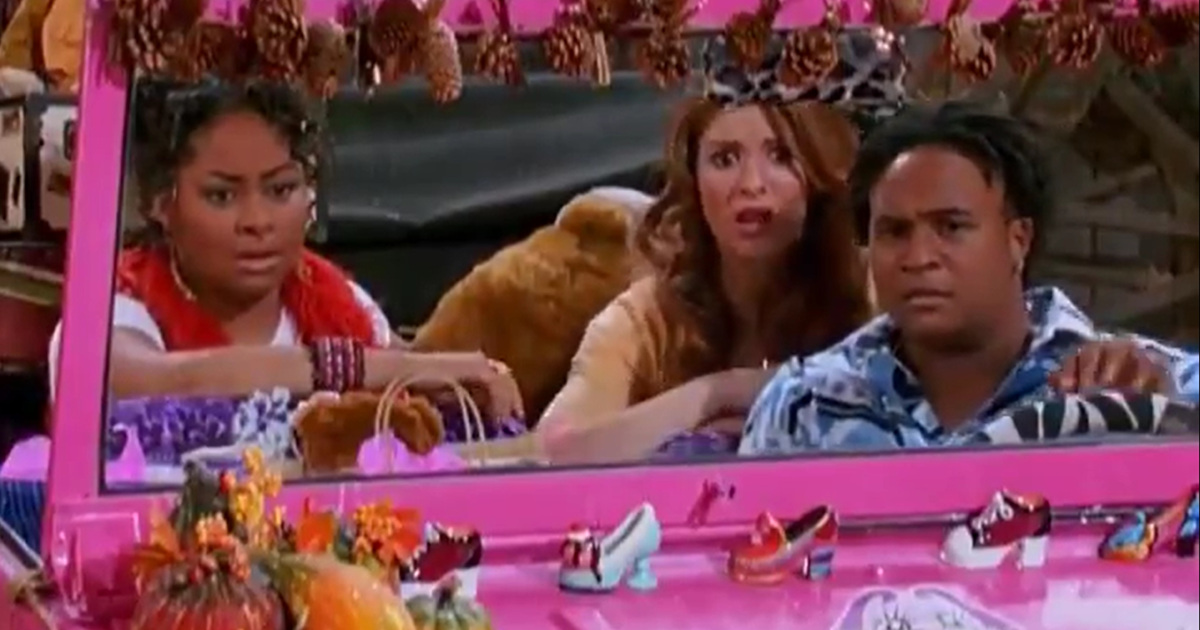 With the launch of Disney+, many are binge-watching their early 2000s Disney Channel favs for nostalgia and a few laughs.

And with the playback of these shows with fresh eyes and ears, we’re catching some interesting things we may have missed when they first aired.

Earlier this week, a Twitter user was watching the Raven-Symone hit That’s So Raven.

As the characters Raven and Eddie get in a verbal argument during a road trip, the user was shocked at what they thought they heard Raven slip and say not just once, but twice!

Omfg Raven really slipped in “JUST LIKE A RUDE NIGGA” twice in her argument with Eddie and Disney ain’t even notice ??? pic.twitter.com/assT5RmniZ

The fan went on to stan Raven in subsequent tweets, naming her “the Queen of Disney.”

Upon further inspection, many noted that Raven seemingly says “fruity n*gga” instead of “rude.”

Eddie’s comeback references of the pink car the three friends are driving in and the flamboyant musician Little Richard supports the corrected semantics, albeit very problematic.

I think she said “just like a fruity nigg@“ pic.twitter.com/uk98h6GPT5

Waiitttt lmfao I think she did ?

She did cause he said I am not lil Richard pic.twitter.com/Z52I2Napoi

Either way, the fact that Raven went full mad black woman and uttered the slang term “n*gga” on a kid-friendly Disney show not once, but twice remains.

The episode in question is titled “Driving Miss Lazy” and aired during the show’s fourth and final season in 2006.

Raven-Symone and Orlando Brown (Eddie) would have been around 21 and 19, respectively and may have felt grown and rebellious during this particular adlibbed scene.

But even given That So Raven‘s enormous popularity at the time and the freedom that may have come with it being the network’s first original show to surpass 65 episodes, one has to wonder how this major gaffe slipped past producers, script advisors, editors, and even Raven and Brown!

Editor was like “A fruity ninja? Ha, this girl is so funny and child friendly!”

Neither Raven nor Brown have commented “N*gga-Gate” since the clip has gone viral.

I’m sure many more Disney+ subscribers will be listening even harder for previously unnoticed funny slip-ups and mishaps as they re-watch their favorite shows and movies.