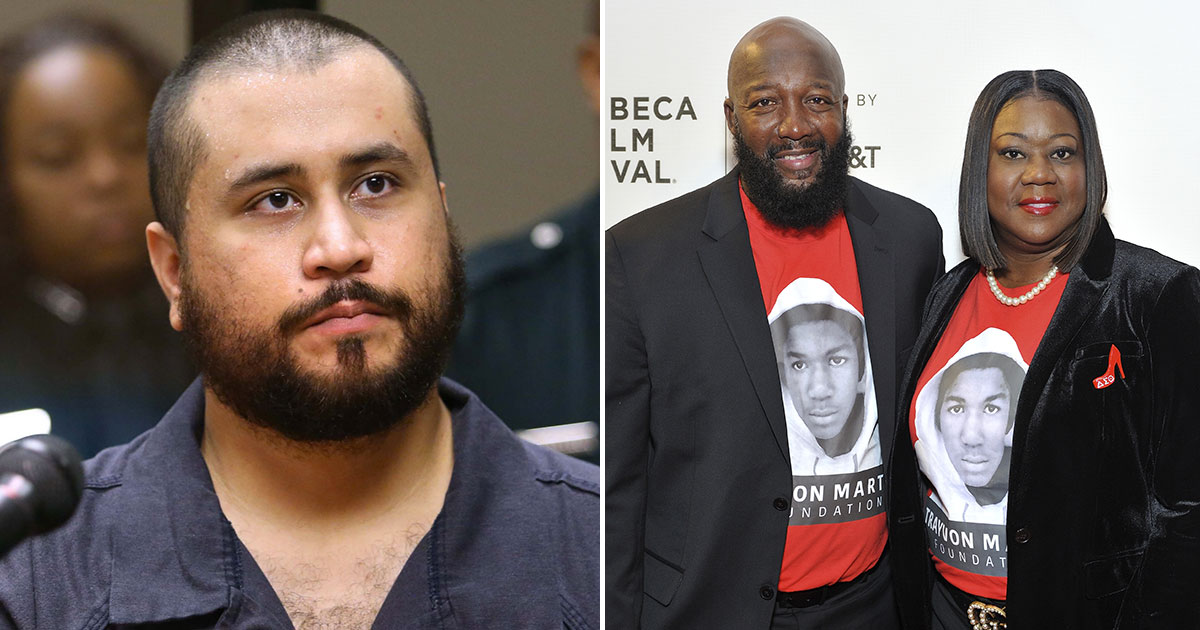 George Zimmerman, the Florida man who got away with the murder of unarmed black teen Trayvon Martin 2012, has filed a $100 million lawsuit against the boy’s family, their attorneys, prosecutors and the state of Florida on allegations that the prosecution’s key witness in his 2013 murder trial was “fake.”

Zimmerman, a former neighborhood watch volunteer, said he’d been attacked by Martin and was simply defending himself when he shot and killed 17-year-old Martin in a gated community in Sanford, Florida in February 2012.

Martin, who lived with his mother, Sybrina Fulton, in Miami Gardens was visiting his father, Tracy Martin, at the time of the fatal shooting.

Zimmerman’s lawsuit—which was filed Wednesday (Dec. 4) in Polk County, Florida and obtained by the South Florida Sun-Sentinel—alleges that in March 2012, the Sanford Police Department thoroughly investigated Martin’s shooting death and closed the case, calling the killing “self-defense” on Zimmerman’s part.

However, the suit claims that a week later, attorney Benjamin Crump—who represented Martin’s family—produced an audiotape recording of “Diamond Eugene”—Martin’s 16-year-old girlfriend who’d been on the phone with him just before his fatal altercation with Zimmerman.

The suit alleges that two weeks later, 18-year-old Rachel Jeantel told prosecutors she was Diamond Eugene and “and provided false statements to incriminate Zimmerman based on coaching from others.”

Zimmerman’s lawyers are arguing that based on Martin’s cellphone records, Rachel Jeantel was not Martin’s girlfriend, was not on the phone with him prior to the altercation, and that “she lied repeatedly to cause Zimmerman’s arrest and to try to send him to prison for life.”

During Zimmerman’s murder trial, Jeantel told the court she signed her name as Diamond Eugene in a letter she sent to Martin’s mother about the shooting.

The lawsuit states: “Defendant Jeantel lied repeatedly about having a relationship with Trayvon, about being on the phone with Trayvon in the days and minutes up to his death, and lied about everything she claimed to have heard over the phone in the hours and minutes prior to Trayvon’s death. Defendant Jeantel also lied about her identity, falsely claiming her nickname to be ‘Diamond Eugene.'”

Zimmerman’s attorneys say the allegations didn’t come out during the trial, however, it was “the fraud that was perpetuated on the court.”

Larry Klayman, a former federal prosecutor representing Zimmerman in this case, added: “It was a complete travesty of justice which destroyed my client’s life. People are destroyed and smeared and they have to start fighting back.”

The lawsuit goes on to say that after the charges, Zimmerman dropped out of school, received multiple death threats and suffered “great mental anguish, resulting in Zimmerman requiring professional treatment by psychologists for anxiety, depression, insomnia, and weight gain. Zimmerman was formally diagnosed with depression as well as PTSD and PTSS which he suffers from and remains in treatment for to this day.”

According to the lawsuit, the book was published “with actual malice knowing the untruth or at a minimum a reckless disregard for the truth,” and its title “creates the false implication that Plaintiff Zimmerman participated and participates in the genocide of colored people.”