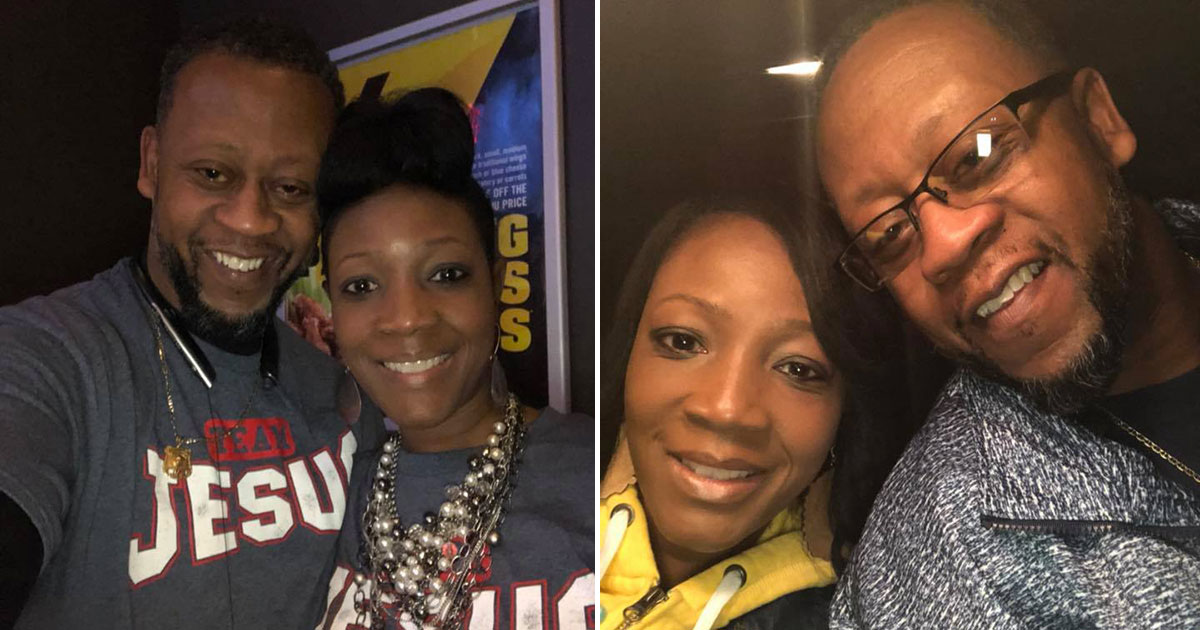 A Connecticut church community is in shock after a newlywed pastor and her retired police officer husband, who was also a church elder, were found shot dead in bed after what sounds like a murder-suicide.

The Waterbury Police Department said in a statement that the bodies of 48-year-old LaRhonda Jones, an assistant pastor at RIM City Church in New Haven, along with her 54-year-old husband, Eric, were found on Thursday, November 21st.

LaRhonda’s employer, as well as her sister, called police to perform a welfare check after she didn’t show up for work.

The woman and her husband were found in the bedroom of their Waterbury condo dead from apparent gunshot wounds.

While officials haven’t classified the case as a murder-suicide, police found a handgun at the scene and said they needed a property manager to unlock the couple’s condo, so it doesn’t appear anyone broke into the home.

“The church is devastated, devastated,” Denarian Gordon, Sr., RIM City Church’s senior pastor, who performed the couple’s marriage ceremony just one year ago, told WTNH. “We’re all in a state of shock, disbelief.”

A friend of LaRhonda’s, Jennifer Whiten, said she was shocked to hear the news, considering LaRhonda always seemed happy with her husband Eric—a former New Haven police officer who retired in 2012 after 20 years on the force.

Whiten described LaRhonda as a selfless woman—the kind of friend who’d drop whatever they were doing to be there for people in their time of need.

Whiten also said that LaRhonda was a survivor of domestic violence from a previous relationship.

“She had a huge presence,” Whiten told WFSB. “Her spirit was just a welcoming spirit, everybody gravitated towards her. Everybody just loved her. It’s just a shock.”

The couple also frequently wrote about their relationship and talked about how much they loved each other on social media.

“Saturday, March 10, 2018, I married one of God’s sons. He loves me in-spite of me. He is saved for real, he loves God, patient, kind, funny, straightforward, and handsome. I am proud to be his wife and call him my husband. #wearethejones’s,” she wrote on Facebook shortly after their wedding.

Less than two months later, in a post shared on May 4th, LaRhonda called Eric the “perfect example of a man and husband” and thanked him for working hard to support her ministry and patiently “putting up with me.”

“Dear Husband: Eric Jones. You are one of God’s greatest blessings to me. Thank you for choosing me to be your good thing. I am blessed to have you as my husband. You are so dope.

“Thank you for supporting my ministry. I really appreciate that. Thank you for your constant encouragement and belief in me. You push me to be better even though I try to hide behind you. Lol!!!

“I don’t have the words to express what an awesome husband you are but I love you with my whole heart. Forever and always devoted to you. Your wife Rhonda.”

On his Facebook page, Eric described his 2018 marriage to LaRhonda as a “fresh start.” He celebrated his birthday in October and thanked his wife in a post on Facebook.

“I am so great full for everyone who took the time out for all the birthday wishes. I am still smiling. God has blessed me to see another year in which, I am thankful,” he shared. “Special thanks to my wife for making the day great… Love you sweetheart.”

Back in March, LaRhonda posted on Facebook that she celebrated her birthday with Eric by attending Tyler Perry’s Madea’s Farewell Tour at the Oakdale Theatre in Wallingford, CT.

She wrote: “My husband made sure my birthday was perfect. He is the best husband ever. Today was an excellent birthday. [Thanks] sweetheart for the gifts, the flowers, the balloons, and the play. Now off for a late dinner. Also, thank you to my FB family and friends for all the birthday wishes. You guys rock.”