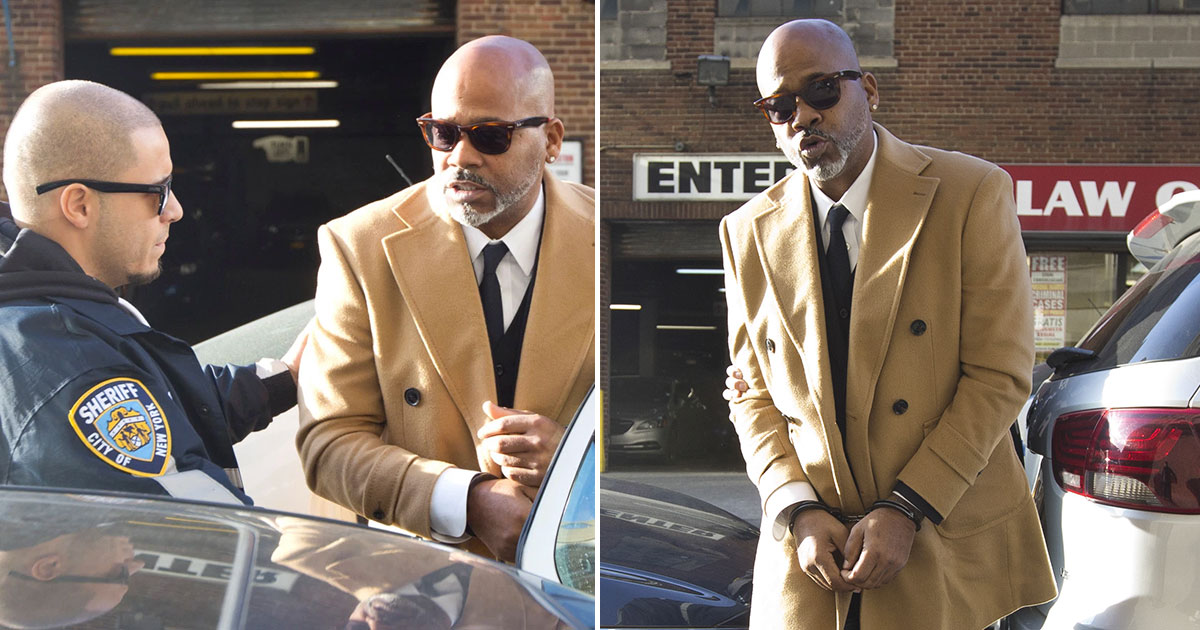 Damon Dash was arrested Wednesday afternoon on accusations that he owed over $400,000 in child support to two of his baby mamas … but fortunately for him, he was able to be quickly released after paying the debt off.

Dash, best known for founding Roc-A-Fella records alongside Jay-Z, was taken into police custody Wednesday (Nov. 20) after two felony warrants related to the unpaid child support were issued for his arrest.

According to one law enforcement source, New York police have spent the past four years trying to get Dash to turn himself in after he fled NYC in response to his child support issues.

Dash is accused of owing $404,000 in child support to his ex-wife Rachel Roy and his baby mama Cindy Morales, but he recently filed court documents claiming to have zero income.

Bronx County Family Court issued an arrest for the hip-hop mogul in April 2015 after he was unable to pay $62,000 in child support owed to Morales, and this year, a Supreme Court divorce warrant was issued for Dash after he was found guilty of contempt of court and ordered to pay $342,000, Page Six reports.

In his filing in Manhattan federal court last week, Dash claimed his personal income to be “virtually nonexistent” and said his only revenue stream was payments from Empire creator Lee Daniels who owes him $2 million from a film project.

Dash, who is a father of three (two daughters with Roy, one son with Morales), also said he was facing additional unexpected expenses due to his current fiancée Racquel Horn’s pregnancy.

Dame told TMZ as he was leaving an NYC courtroom on Wednesday after paying “about a million dollars to clear one warrant,” he was met by “about 7 deputies” who reportedly “cuffed and processed” him.

From there, the officers escorted Dash to Brooklyn, where he took care of the rest of his debt. Per TMZ, he ended up dropping more than $1 million to clear his name.

Last week, Dame took to social media to call TMZ “corny” for reporting that he was “broke” and couldn’t afford to pay a $2,400 debt related to an ongoing business lawsuit.

“Perfect example of how they always trying to make a strong independent black man look broke,” he wrote on Instagram.

“@tmz_tv Y’all corny for that but the agenda is clear … Keep it up … I’m gonna keep making examples of y’all by winning … y’all been saying the same sh*t for 12 years … soldiers will never understand generals … 2 different languages.”