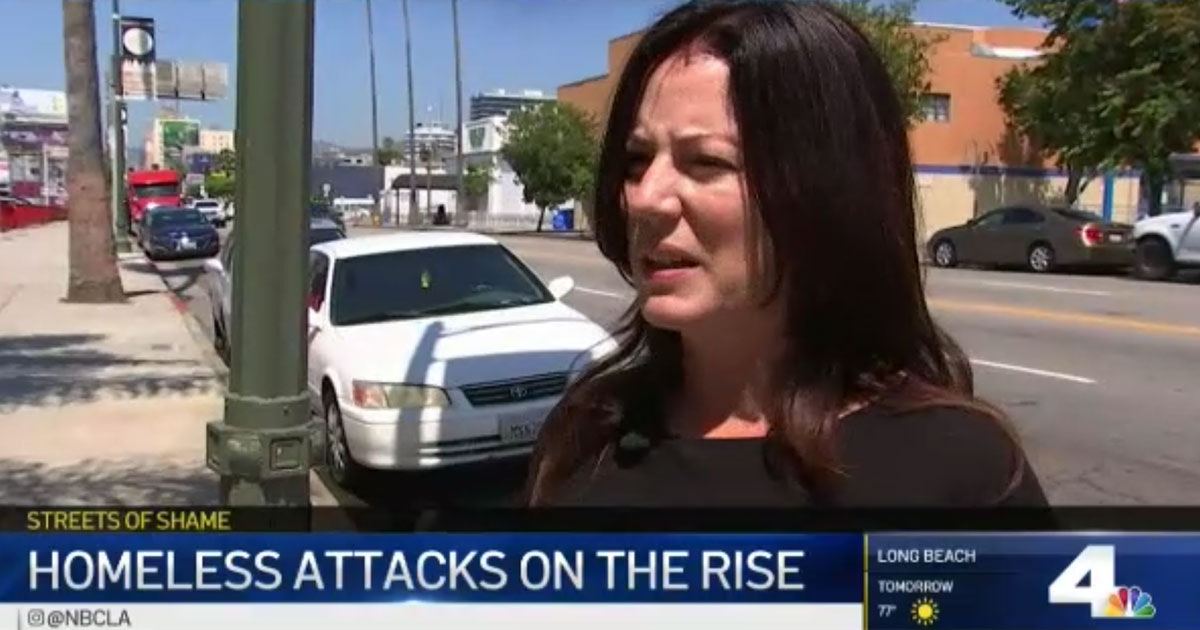 A California woman says she was recently attacked by a homeless man who threw a bucket of hot diarrhea all over her.

This past summer, Heidi Van Tassel was parked in Hollywood after a night out with friends when suddenly a man pulled her out of her car, dragged her to the middle of the street and poured a bucket of his own feces on top of her head.

“It was diarrhea. Hot liquid. I was soaked, and it was coming off my eyelashes and into my eyes,” Van Tassel told NBC Los Angeles. “Paramedics who came to treat me said there was so much of it on me, that it looked like the man was saving it up for a month.”

The woman was immediately rushed to the hospital, where she was tested for infectious diseases caused by contact with feces, which is something that will now need to be done every three months.

“It was all inside my car because it was so much. He just kept pouring it and splattering it all over me,” she said.

Heidi said LAPD officers told her they’d investigate the crime, but they, so far, haven’t returned any of her phone calls.

She said police also promised to have their victims’ advocate reach out to her, but she said she never received a phone call from them either.

“It’s so traumatic. The PTSD that I’m dealing with is beyond anything that I’ve ever felt,” she said. “There needs to be some kind of help for the victims of these crimes.”

Court records describe Blessings as a transient with “schizophrenia and psychotic disorders.”

Van Tassel said of Blessings: “He doesn’t need jail time. He needs mental health care. I have empathy for him. Because he needs help.”

While Blessings did receive some help, it was only for two months. A judge sent him to a residential facility for people with mental health issues and he was released in August.

Van Tassel said Blessings being back on the street so soon worries her.

“I will never, ever, forget his face,” Van Tassel said. “What’s the next thing he’s going to do somebody? If he would’ve had a knife, for sure he would’ve stabbed me.”