GOSSIPONTHIS.COM Celebs Cardi B Meets Up With Nicki Minaj Fans to “Fight” in the... 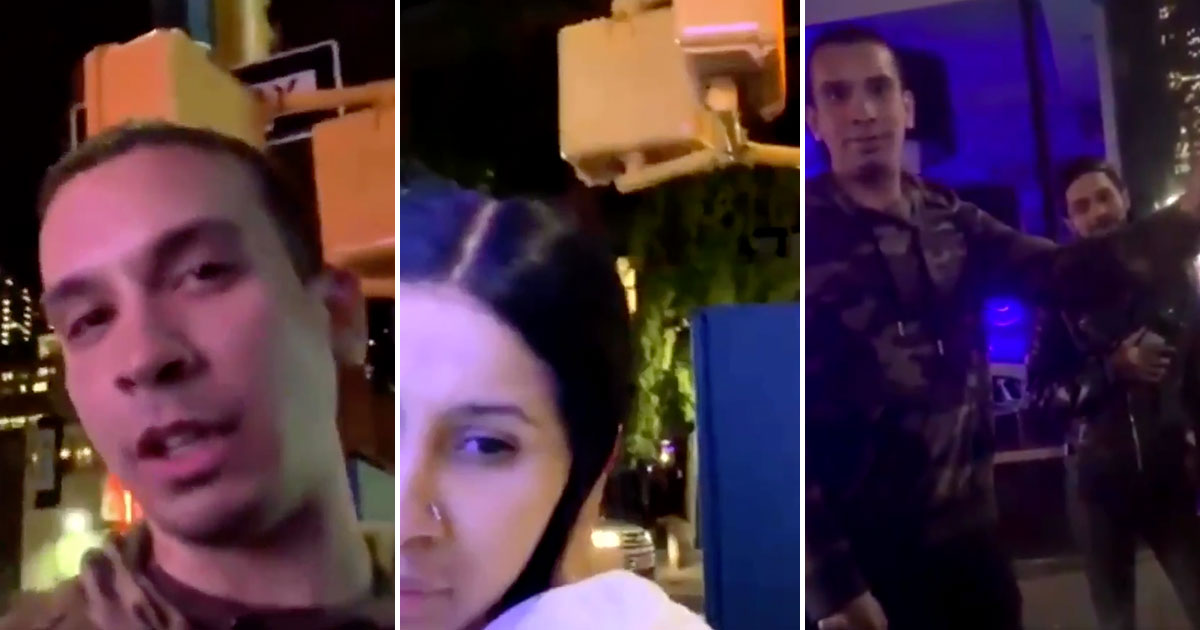 Much like Marshawn Lynch, Cardi B is “bout that action, boss.”

Cardi B got into a Twitter argument Thursday night (Nov. 7) with a couple of Nicki Minaj stans (aka Barbz) who didn’t appreciate her throwing shade at their fave on social media.

It all started when Colombian reggaeton singer Karol G released the music video for her new single “Tusa,” which features none other than Cardi’s arch-nemesis Nicki Minaj.

Not long after the video’s release, Cardi B threw hella shade at Nicki, writing in a since-deleted tweet: “Cause I passed on it … now sip on that,” suggesting that the only reason Nicki got the feature was because she didn’t want it. 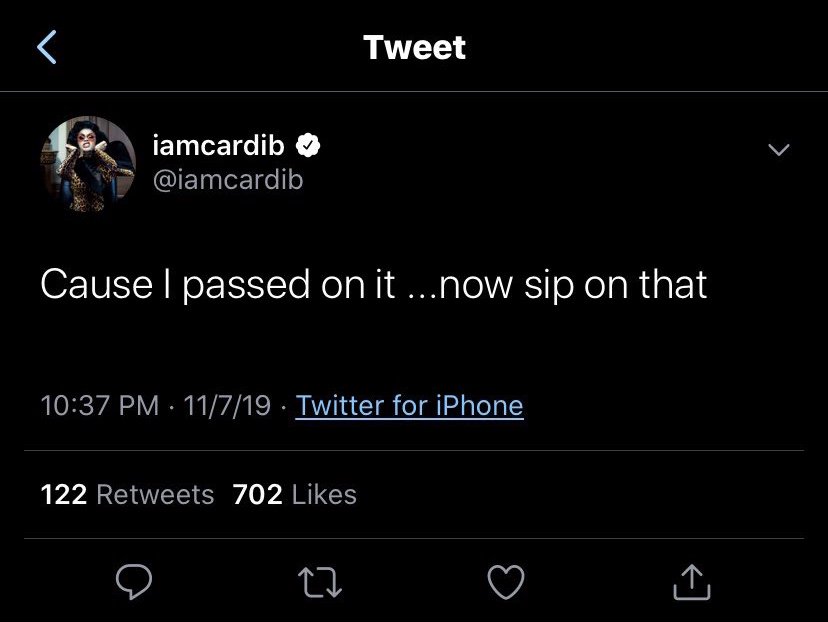 One Barb, in particular, warned the Bronx rapper not to get beat up, to which Cardi responded: “By who? Cause I’m [on] 46 and 8th ave in NY in case somebody want to see me.”

The guy then posted a video at that exact location, claiming Cardi wasn’t there. “Huh? I don’t see you sweetie!” he said.

That’s when the “Bodak Yellow” hitmaker literally pulled up in a vehicle to where the guy and a friend were filming on the NYC block.

When Cardi and the two Barbz finally met face-to-face, Cardi said to them: “Aww, you scared? Love you!”

In another video, Cardi and the guys can be heard having a conversation about trolling.

“It’s like you troll, I troll,” one of the Nicki fans told Cardi after she confronted them. “I’m not about trolling,” she replied. “I pull the f**k up.”

While some fans of Cardi and Nicki were amused at Cardi’s antics, others questioned her judgment, considering she’s a whole mother now.

“Cardi B really out here on the streets trying to fight the Barbz … Why she entertaining them?” one fan tweeted. “If she really wants to entertain some Twinks… like… Offset is at home on the couch with Kulture. Go entertain him sis.”

Cardi B really out here on the streets trying to fight the Barbz.. Why she entertaining them? If she really wants to entertain some Twinks… like.. Offset is at home on the couch with Kulture. Go entertain him sis @iamcardib pic.twitter.com/K7M2VEz3b7

Cardi has since deleted the tweets and the video footage documenting the ordeal, but she did leave one final statement up.