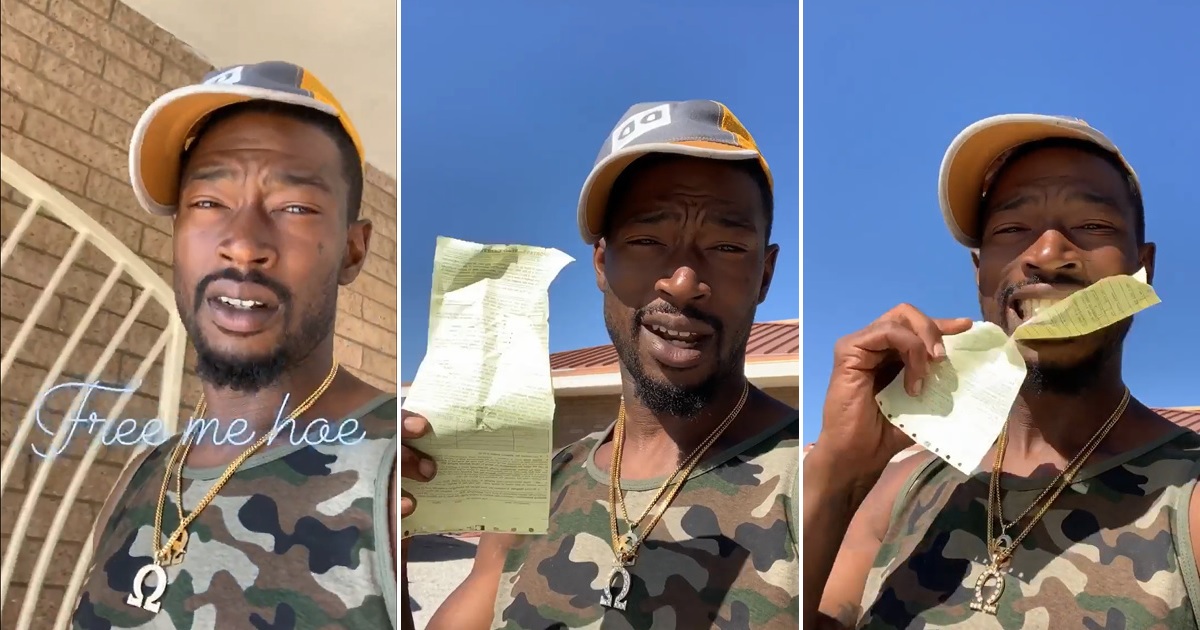 Kevin McCall had an interesting night. The singer/songwriter says he was arrested for trespassing after sleeping on a bench.

As he was walking out of the San Bernardino Sheriff’s Department on Tuesday morning (Sept. 10), McCall took to Instagram to tell his followers about the ordeal.

He had been arrested in the desert city of Twentynine Palms (29 Palms), a secluded town in San Bernardino County, California after he was caught sleeping outside on a bench on Monday night.

“Man, all praises to the most high. Tryin’ to get a n*gga for trespassing for falling asleep outside yesterday. Some weird sh*t man. I’m not even bothered,” he said in a video clip he posted on Instagram.

In a follow-up clip, he took his citation and ripped it with his teeth while walking out of the sheriff’s department.

“Oh, yeah, and to the crackers who gave me this, this is what I think of the ticket…I’m not black, I’m a Moor. I don’t deal with y’all bullsh*t. I got a whole new government [and] laws of the land I follow.”

He also had a few written words for the San Bernardino Sheriff’s Department. With an image of the ticket, he wrote:

“San Bernadino Sheriffs Deperment you craccers May wanna start prepping yourself to be BRUTALLY sodomized for not following the proper protocol when faley detaining a BLACC NATIVE sovereign…the Meek shall inherit the Earth.”

According to reports, McCall also documented the odd journey that led to his arrest. He shared several clips of himself walking the streets of 29 Palms on Monday night. He then found a bench and decided to take a nap.

“How many n*ggaz can sleep on a baccwoods ‘satchel’ and the next morning be with more than quite a few of you’s all favorite actress model,” he wrote on one of the clips.

No further details about McCall’s arrest have been released. But soon after he left the sheriff’s office, he was back on the Gram and walking the San Bernardino desert streets.