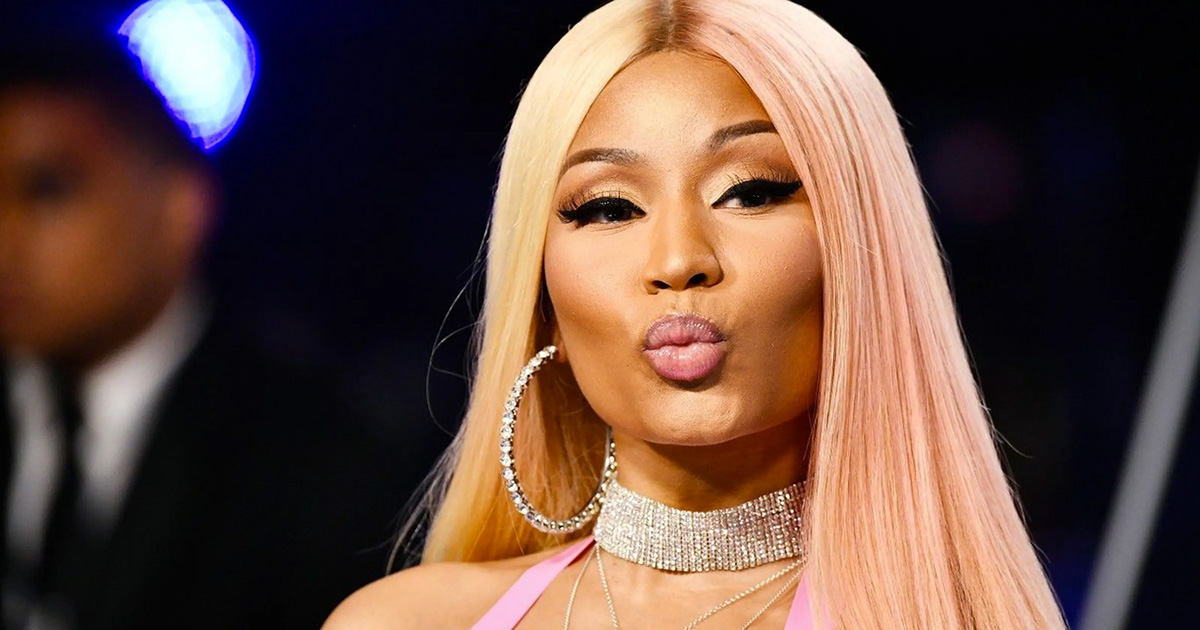 Nicki Minaj damn near broke the internet yesterday when she, out of nowhere, announced that she had “decided to retire” so that she can start a family with her soon-to-be husband Kenneth Petty.

“I’ve decided to retire & have my family. I know you guys are happy now,” she wrote in a since-deleted tweet. “To my fans, keep reppin me, do it til da death of me … in the box- cuz ain’t nobody checkin me. Love you for LIFE”

And now she’s apologizing to her diehard fans who are still, over 24 hours later, probably in a corner somewhere rocking back-and-forth not knowing what the hell is going on with their fave.

Responding to a Barb’s request for an explanation, Nicki tweeted early Friday morning: “I’m still right here. Still madly in love with you guys & you know that. In hindsight, this should’ve been a Queen Radio discussion & it will be. I promise u guys will be happy. No guests, just us talking about everything. The tweet was abrupt & insensitive, I apologize babe.”

I’m still right here. Still madly in love with you guys & you know that. In hindsight, this should’ve been a Queen Radio discussion & it will be. I promise u guys will be happy. No guests, just us talking about everything. The tweet was abrupt & insensitive, I apologize babe ??? https://t.co/eS0oHipwtg

Meanwhile, Nicki’s team is said to be blindsided by the announcement, because it makes zero sense … considering the fact that she’s been working on new music to prepare for the release of her upcoming fifth studio album.

Nicki has been busy in the studio working on new music in recent weeks and on top of that … we’re told she made plans to record with several artists just in the past few days.

Our sources say Minaj has a lot of songs already in the can, and despite saying on Thursday she’s retiring in order to “have my family” — she still has studio time booked until next month.

So, if that’s the case, why is she all of a sudden deciding to, in her own words, “hang it up, flatscreen?”

We’re told Nicki’s been growing increasingly fed up with internet trolls who’ve been harassing her lately, and finally reached a boiling point.

Our sources say the rapper was pushed over the edge by constantly defending herself over accusations of not writing her own songs, questions about her hip-hop legacy … and her relationship with her fiance, Kenneth Petty. BTW, rumor is she’s already Mrs. Petty, but that’s another thing Nicki’s tired of discussing.

Fortunately for the Barbs, TMZ reports there is some (possibly) good news:

We’re told those close to Nicki believe she’s just taking a much-needed break from the haters and simply needs a moment to chill and reevaluate.

It’s hard to believe Nicki Minaj is REALLY done with music (as in forever), however … it’s not a huge surprise considering the slander people have been throwing her away amid the rising success of new female rappers like Cardi B, Meg Thee Stallion, and others.

What do you think? Do you believe Nicki Minaj is retiring for real for real? Or is she just trolling to drum up some buzz for her next project? Let us know below in the comments!