GOSSIPONTHIS.COM TV Love & Hip Hop’s Brittany B Dragged for Her Struggle Vocals After... 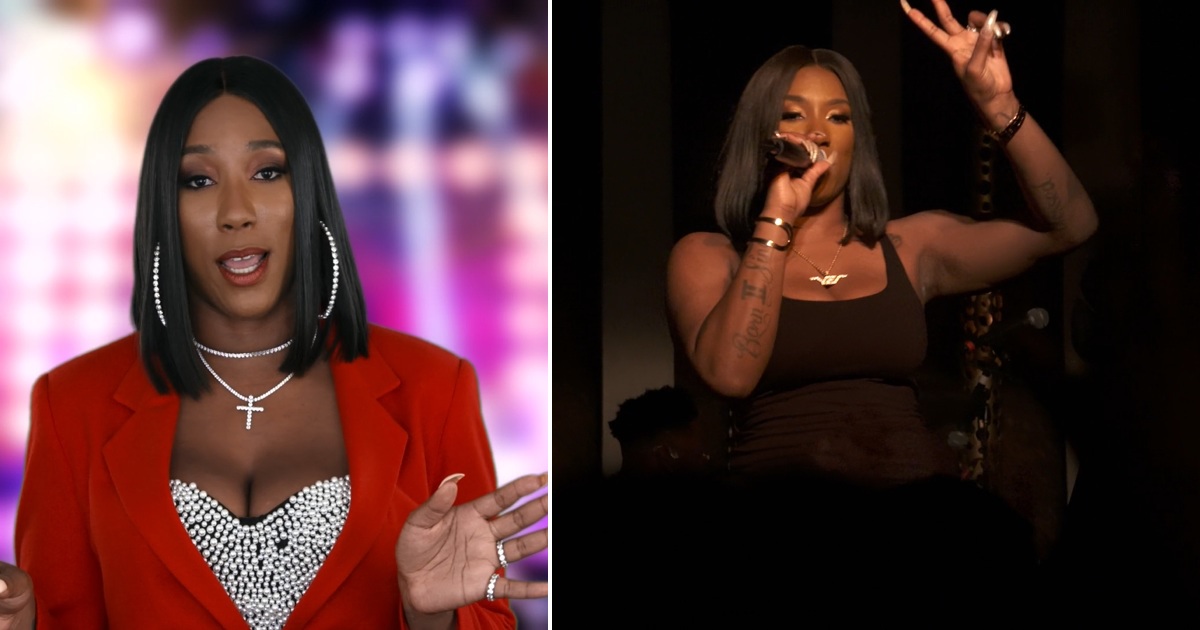 Brittany B is the latest addition to Love & Hip-Hop Hollywood. Though she’s a producer and works in A&R, she also wants her own shine behind the mic and has been hyping her own vocals.

The Grammy-nominated songwriter has spent her short time on the show hating on the vocals and talent of her co-star’s Lyrica Anderson and Apryl Jones.

But when it was Brittany B’s time to sing in front of an audience at Jason Lee’s even in the latest LHHH episode … she sounded horrible. Like Erica Mena bad.

Brittany claimed she was “sanging” in her confessional, but when that question was posed on Twitter by the official Love & Hip-Hop account, fans dragged her delusional sense of talent and her audacity to come for Lyrica, who actually does have a nice voice (and had the closing performance at the same event).

Brittany B did all this talking to come out sounding like THIS ??? #LHHH pic.twitter.com/mK9I1udeZ4

LMAOOOOOO I KNOW BRITTANY B ASS IS LYING!! Bitch all types of flat & she acting like she is a top tier singer I am THRUUUUU #LHHH pic.twitter.com/di4dyKdZK4

Me looking for these “top tier” vocals Brittany B claimed to have. Seems like she’s just hating on Lyrica #lhhhollywood #LHHH pic.twitter.com/H5rsBGmfzr

..And the whole time she sounded like she was whispering with a sore throat pic.twitter.com/SwDeQSIlns

Brittany B u need to hit up Moniece cousin for some voice lessons honey. #LHHH pic.twitter.com/wyTspP8dzD

Brittany was feeling very defensive after being dragged for her vocals and posted several videos back-to-back of herself showcasing selected better vocals with the caption “Who can’t sing?”

“At the end of the day, it is what it is,” she concluded. But she still challenged her LHHH co-star’s to a “sing off.”

At the end of the day it is what it is

I aint really friendly with none of these characters either plus I write and sing better than them anyways. They don’t want smoke. Let’s have a sing off ?????