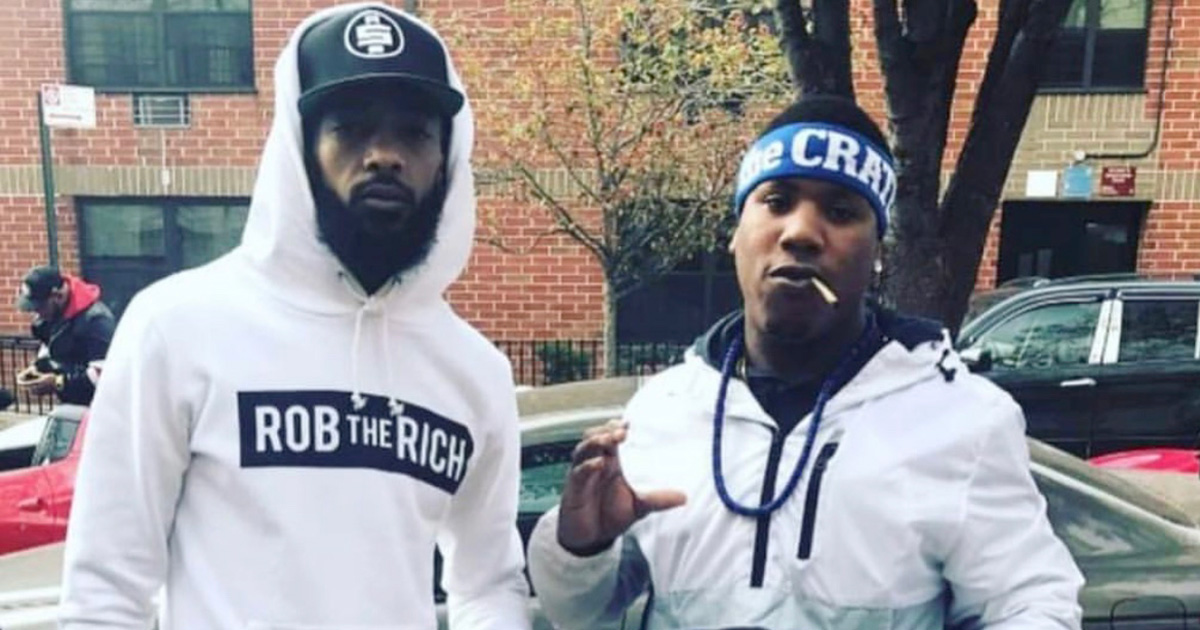 A severely injured man who was shot on the street in Brooklyn hated police so much that he refused to identify his killer as he lay dying in the back of an ambulance.

28-year-old Arsenio Gravesande—a close friend of Grammy-nominated rapper Nipsey Hussle (who himself died by gun violence in Crenshaw, Los Angeles back in March)—was shot in the hip in the Brownsville neighborhood of Brooklyn, New York City Tuesday night (Aug. 20).

Gravesande’s cousin, Bethany Samuels, said she heard the gunshots and ran to the scene, where she found Gravesande squirming on the sidewalk complaining about not being able to breathe.

“The ambulance came and I got in there with him,” Samuels told the New York Daily News. “He was moving around, he was grabbing everything, he didn’t want to stay stabilized. He didn’t want to stay down. He kept telling me, ‘Bethany I’m dead, I can’t breathe, I’m dead.’ I was telling him, ‘No you’re not dead.'”

Gravesande was conscious as he was being rushed to the hospital, but because the bullet apparently struck a major artery, he lost a lot of blood and died not long afterward.

While he was being loaded into the ambulance, police asked Gravesande who was responsible for the shooting, but he refused to give the cops any information, instead, using one of his last breaths to tell officers, “F**k you son!” according to law enforcement sources.

First responders didn’t initially believe Gravesande’s injury was life-threatening, and cops planned to talk to him again once he got the hospital.

“Sometimes, they cool down and talk to us,” a police source told the New York Post. “They have a change of heart and ID the shooter.”

But authorities never got that chance because Gravesande died during surgery.

His cousin speculated that he was lured into an ambush after receiving a phone call telling him to meet someone around the corner from his house.

The young father-of-two walked to the area with two of his friends, and gunshots rang out five minutes later.

“It probably was a setup,” Samuels said. “People just hate you for no reason. It’s crazy.”

Gravesand, who once appeared in a Nipsey Hussle music video, was reportedly a member of the G Stone Crips gang.

He was previously wounded in a 2012 shooting that killed his friend, boxer Trendon Franklin. He had 43 arrests on his record, including resisting arrest, the Post reported.

Samuels confirmed Gravesand’s affiliation with the Crips, telling the Daily News: “He was like the head of them, he controlled them here.”

She clarified, however, that her cousin wasn’t a violent gangbanger and actually did things to help the community.

“He barbecued and did giveaways to the kids,” Samuels said. “He was a good person and did good things for everybody out here. He tried to keep the streets clean. Some people are not in gangs for bad vibes. Some people are in gangs to give away to the community. He never killed nobody, he never hurt nobody. He wasn’t like that.”

Arsenio Gravesande was one of five people across New York City shot to death in a span of 24 hours on Tuesday.

The bloodletting began at around 12:30 a.m. in Springfield Gardens, Queens, when Angel Nixon, 18, was riddled with bullets to his head, torso and legs during what sources said was an argument over a loud party.

Later, at around 8:10 p.m., Gregory Haskins, 25, was found with a fatal gunshot wound to his chest on Sutphin Boulevard in Jamaica, Queens.

And less than an hour after Gravesande was killed, two more men were gunned down in Coney Island. One victim, 38, caught a bullet in the head, while another, 27, was struck in the stomach in a scrap outside a home on West 19th Street, authorities said.

As of late Wednesday, police hadn’t made any arrests in the five shooting deaths, and a motive for Gravesande’s killing hadn’t yet been established.