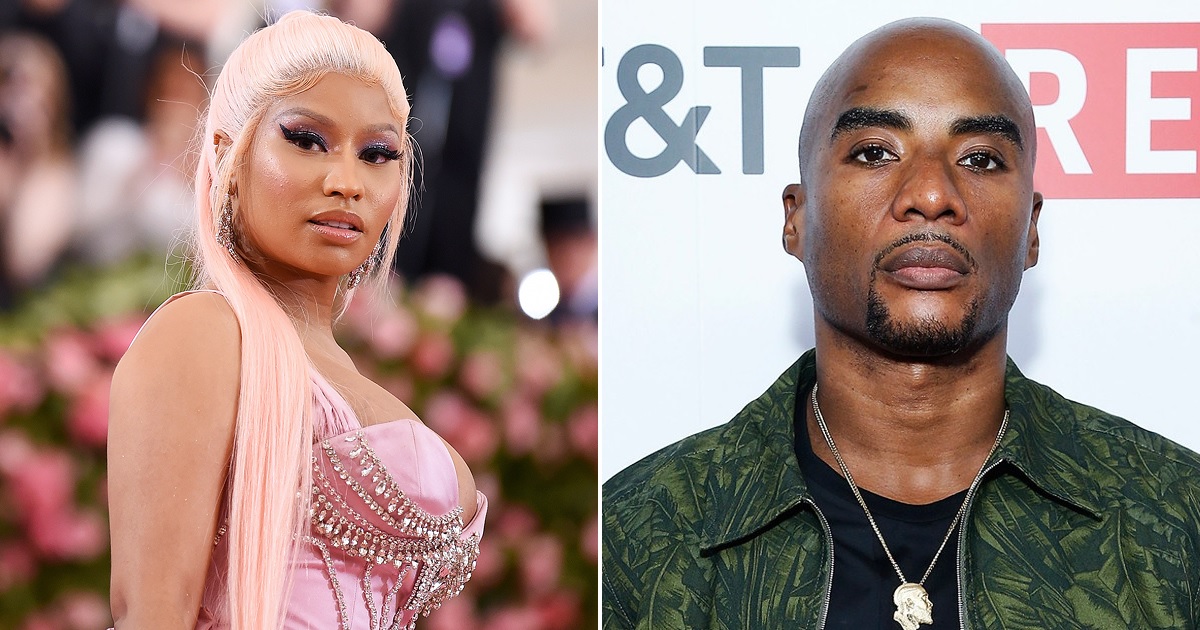 Charlamagne Tha God is a little confused by Nicki Minaj’s recent attacks against him and his radio show, The Breakfast Club.

The radio host denied Nicki’s claim that she was banned from the show and that he enjoys it when a guest says something negative about her on-air.

“There was never a problem with her. We never banned her from the radio station,” Charlamagne told Page Six. “There is not a consequence to what she has said now, or in the past. I don’t know why she is saying that.”

He also said that he was surprised that Nicki held such animosity against him and the show because the two have previously communicated with each other. “[We] talk on the phone,” he said. “We text each other.”

“I would be happy and welcome her to come on the show,” Charlamagne said, but also added that “rappers are going to be rappers.”

As for Charlamagne, she accused him of starting a “hate train” against her.

Charlamagne responded on TBC by revealing he and Nicki have had private discussions about this particularly issue and stated that he only has love and respect for her.

“The moral of the story is I love Nicki Minaj,” he said on the show. “I have gotten on this radio a million times and said this whole new wave of female rap is because of Nicki Minaj. She is the leader of the new school when it comes to female emcees and nobody can take that away from her.”

Nicki wasn’t hearing it though. She slammed Charlamagne again via Twitter and made the claim that she had been banned from The Breakfast Club.

“Charlemagne [sic] get so excited when he thinks some1 bout to say smthn negative about me. that tail get to wagging, that lil p**sy get to poppin, he get to giggling” she wrote. “They banned me from the show but always talkn bout me.”

Charlemagne get so excited when he thinks some1 bout to say smthn negative about me ? that tail get to wagging, that lil pussy get to poppin, he get to giggling ?They banned me from the show but always talkn bout me. I’m pullin up cuz we in NY soon. I’d rather be invited tho js

Though Nicki said she wanted an invite on the show to discuss the matter on-air, she’s yet to publicly accept Charlamagne’s invite.