GOSSIPONTHIS.COM News Meet the Hero Soldier Who Carried Children Away From Gunfire in El... 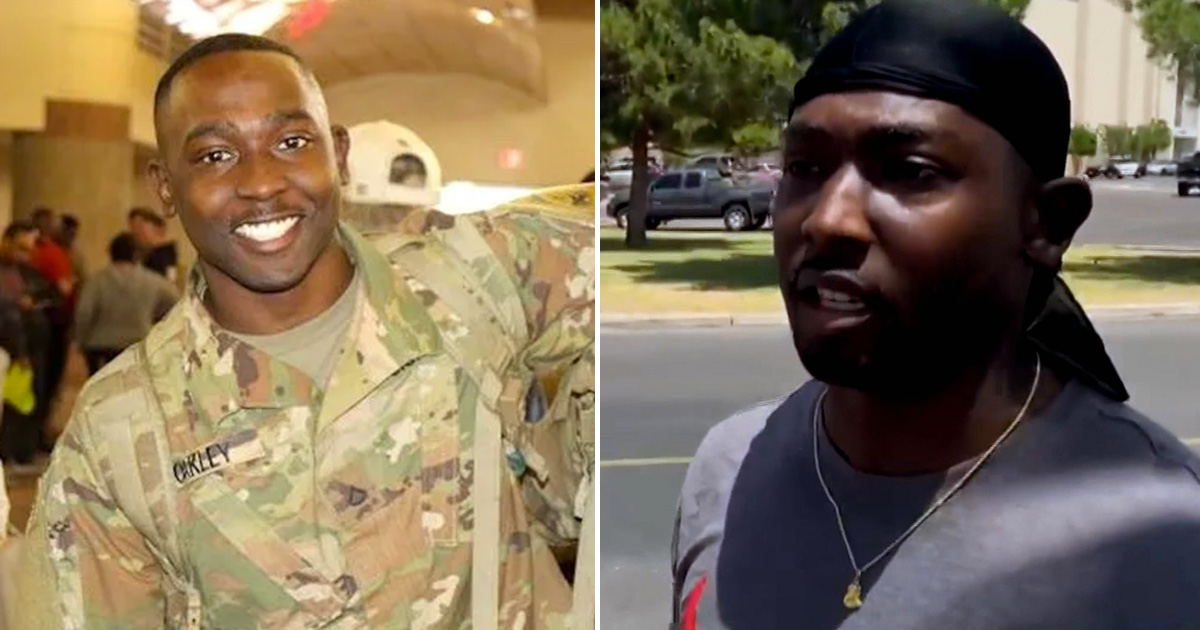 An off-duty soldier is being hailed as a hero after he saved the lives of several children during Saturday’s mass shooting at a Walmart in El Paso, Texas.

Army PFC Glendon Oakley Jr., a 22-year-old automated logistical specialist assigned stationed at Fort Bliss, was among the hundreds of customers shopping at the Cielo Vista Mall in El Paso when a gunman opened fire at a nearby Walmart.

At least 20 people were killed and dozens more were wounded in the shooting.

The suspected shooter has been identified as a 21-year-old Dallas man named Patrick Crusius, an apparent Trump supporter who allegedly wrote in an anti-immigrant manifesto that he was against “race mixing.”

Crusius was taken into custody at the scene without incident, police said.

Glendon Oakley—who just came home from a tour in Kuwait about four months ago—says he was shopping at a sporting goods store inside the mall when a young child ran into the store shouting about an active shooter at Walmart.

He said he didn’t believe the kid at first, but when he exited that store and started walking towards the neighboring Foot Locker, that’s when he heard the gunfire with his own ears.

“I got my license to carry so I pulled my gun out,” Oakley told local news station KTSM. “I just started to hide.”

The Foot Locker closed the gates in front of the store’s entrance as a precaution, Oakley said, but terrified shoppers forced their way inside.

Eventually, everyone decided to make a run for the mall exits, and Oakley followed behind as an impromptu rear guard for the group.

As Oakley and the others were running to safety, they came across a group of about a dozen or so children in one of the mall’s open play areas screaming for their parents.

Oakley said he tried to get other fleeing bystanders to help, but none of them would stop.

Oakley said the police stopped him because he had a weapon, but they let him go after he proved he had the proper permit to carry it.

Despite his military training, Oakley said he was “scared for [his] life,” but he couldn’t help but think about the children first.

Oakley said he wished more people would have helped him save more children.

“I heard four kids died,” he said. “I wish I could have gotten more kids out of there. I wish those guys who ran would have stayed … I just think, what if that was my child? How would I want some other man to react?”

After a pause, he said: “I wish they had some sense of service.”