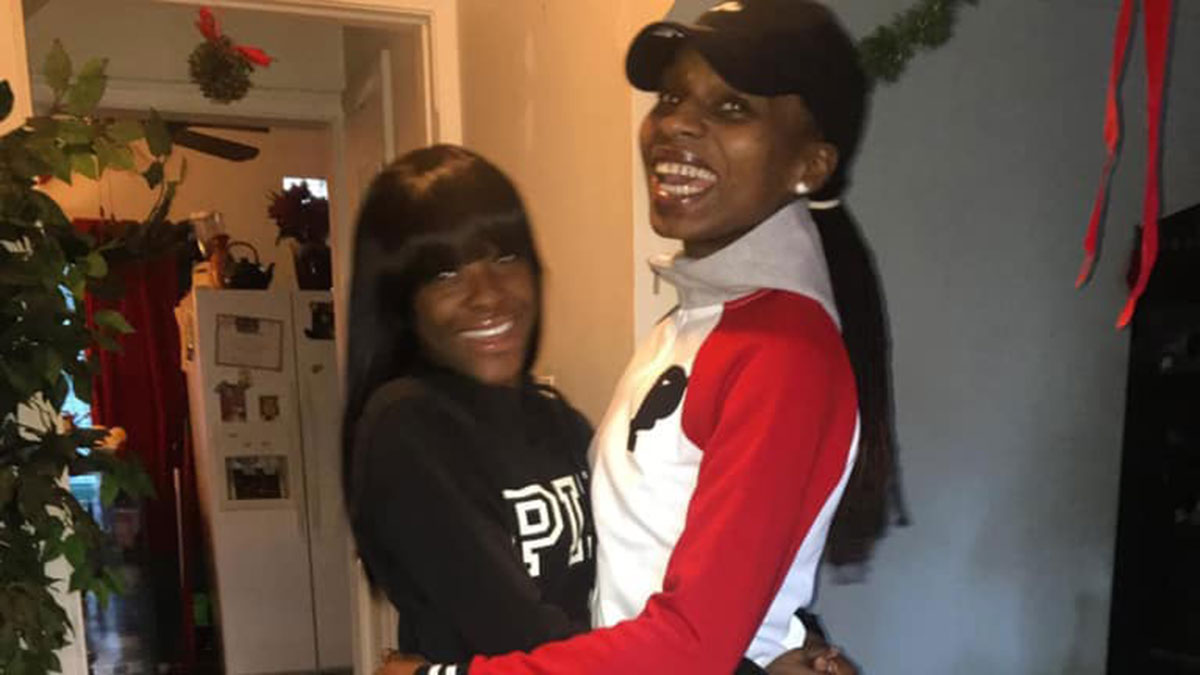 A popular lesbian couple has left family and friends in shock after they died just days apart—one suddenly in her sleep, the other from suicide.

Giovanni Doll a.k.a. GigiBaby and Jay Dor (names they go by on Facebook) were both from Detroit and have the whole social media talking about their sad love story.

It was revealed that Giovanni Doll (real name: Renee Williams) died in her sleep this past weekend.

While some online reports claim she died from cancer, apparently that was just a rumor, we were told. Her actual cause of death wasn’t made public, though family sources did say her passing was due to “health complications.”

One of her close friends who goes by Mrz Lawson on Facebook posted about her death and how devastating it was for everyone who knew her.

“#Forever21 Damn This Shyt Crazy Not My Baby Gigi Giovanni Doll Not My Baby Renee Naw Man This Shyt Can’t Be I’m Devastated I’m Hurt I Haven’t Cried Like This Since My Mother Passed Away Like That’s Was Our Bae We Talked Bout Everything N Anything We Was Jus Hangin Wit U On Saturday At #PalmerParkPride U Rode Wit Us N We Had A Good Time Its Always Laughs When We Get Around Eachother Wen U Got Out We Was Jus Having a Deep Good Convo We Was Laughing N Shyt U My B’day Twin Y U Had To Go So Soon Baby Man I Can’t Believe This Shyt True I’M HEARTBROKEN U GON FOREVER B MISSED GIGI BABE.”

Giovanni was loved by her many friends and family and it appears her death was a complete shocker to all who knew her.

2Giovanni and her girlfriend Jay Dor had broken up not long before Giovanni died.

Giovanni and Jay Dor (real name: Jasmine Dortch) had broken up and were not on good terms before she died.

According to posts from Jay Dor’s Facebook page, the two would often fight and call it quits, but always would eventually makeup and get back together.

However, this time was different because Giovanni sadly died before they were able to reconcile.

In one of her Facebook posts, Jay Dor spoke on a text message apparently behind their break-up that she found out was a lie.

She said if she had known the text was a lie, her and Giovanni would have gotten back together.

She also posted another video speaking on their relationship and its many ups and downs. She captioned the video:

“She loved this shit here . Look at that smirk … I HATE WE HAD DOWN MOMENTS MAN IKNOW EVERYONE HAS THEM IN A RELATIONSHIP BUT I ALWAYS JUST WANTED YOU TO FEEL LIKE ME BUT IN THE SAME WAY I WANTED TO JUST LOVE YOU SO MUCH MORE THAN I COULD SHOW TRYNA BE A TOUGH PERSON AINT ALWAYS A GOOD THING NOW IM MISSING YOU SO MUCH.”

In another video Jay Dor shared on her page she wrote: “Fought so much said so much bs to each other it whenever it was said and done we always made up baby.”

3Giovanni’s family did not want to have a candlelight vigil or balloon release in honor of her death.

Jay Dor was planning on having a balloon release on her girlfriend Giovanni’s behalf, but it looks like it was canceled due to Giovanni’s mother’s wishes.

One of Giovanni’s friends, Mrz Lawson, posted a text message thread in which Giovanni’s mother told her she wasn’t having a candlelight vigil or balloon release, but would keep everyone informed on when the funeral was.

Another one of Giovanni’s friends also confirmed this as well.

Before taking her life, Jay Dor spoke on people having an issue with her doing a balloon release for Giovanni and how Giovanni’s mother gave her the approval, but just wouldn’t be in attendance.

4Jay Dor took her own life days after Giovanni died.

Following Giovanni’s death, Jay Dor posted several messages and videos showing how distraught she was over her death and the fact that they were broken up when it happened.

On Monday (Jul. 29), Jay Dor posted a video on her page in which she broke down into tears and spoke on how hard it was for her to deal with Giovanni’s death.

She also spoke on Giovanni helping her get her own house and how she tried to call her days before she died to make amends, but her phone was broken.

Jay Dor continued to post on her page about Giovanni’s death and how badly it was affecting over the next few days.

Then things took a turn for the worse when Jay Dor began posting messages hinting that she was going to take her own life.

“Baby save room for me,” she wrote in one post. “I promise I’m coming for you.”

She shared in another: “I’m scared I’m not about to lie but I still gotta get to you.”

Jay Dor’s friends commented on her posts and begged her not do anything to harm herself, but that didn’t stop her from posting about her suicidal thoughts.

“The pain I have behind these will soon be over like I have a sense of excitement because we gone be together again !!!!!!,” she wrote in one of her last posts.

She followed that post with a farewell message naming close family members and telling them how much she loved them.

She also posted another video speaking on reuniting with Giovanni.

She also shared a collage of their photos and videos together with the caption: “Baby I’m coming. True love”.

In the final video posted on her page, Jay Dor said she simply couldn’t take the pain anymore.

Below are her last two posts before she took her life.

According to several sources, Jay Dor died by suicide after she jumped off a bridge into the Detroit River while on Facebook Live.

Below is said to be the video she posted on Facebook Live before taking her life.

In the video (which has since been deleted), Jay Dor reveals to viewers that she is about to kill herself.

The clip disturbingly ends not long after Jay Dor appears to jump off the bridge.

5Jay Dor’s sister posted on Facebook hours before her suicide asking friends and family to keep her in their prayers.

Jay Dor’s sister Kahlia Varner was concerned about her sister and knew that she was hurting deeply.

She posted the following message on her page asking for everyone to keep her sister in her prayers as well as Giovanni’s family.

Days before, she also posted a message speaking on how she knew her sister was going to deeply miss Giovanni.

Varner wrote on the page:

“Our family and friends are suffering the lost of my big sister Jasmine Dortch (known as Jas/Jazzy/Jay Dor). Jas suffered from depression in the recent years and tried multiple times to get professional help with no avail.

“Her life partner passed away Sunday, July 28th due to health complications which sent Jas into a deep, dark unimaginable place.

“Despite all efforts to keep her spirits lifted, the pain she felt was so intense that on Wednesday, July 31st, Jas decided to take her own life. Jas was loved very much by her family and friends and we would like to give her the proper burial she deserves.”

Editor’s Note: An earlier report claimed Giovanni Doll died from cancer, however, we have been told that wasn’t true (though we’re told she did die in her sleep from “health complications”). We regret this error in our original reporting.