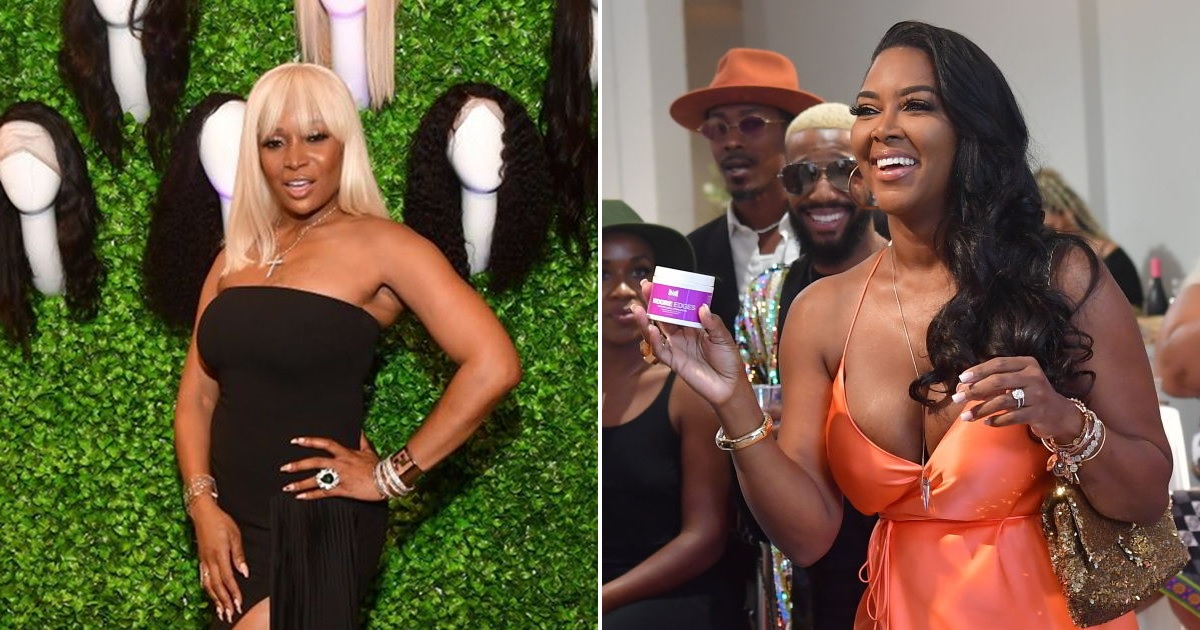 Kenya Moore has apparently wasted no time bringing the drama since her return to The Real Housewives of Atlanta.

According to Straight From The A, Kenya Moore had her first major run-in with a castmate and was even kicked out of a party.

The site reports that the entire RHOA cast gathered earlier this week to film their first group event. The special occasion was the soft launch for Marlo Hampton’s “I Am Her” wig line.

My Atlanta soft launch for @her_hair_collection was amazing, served up tasty bites, cocktails and water 💦 for a few thirsty folks. #iamher #haute #elegant #rebel 7 #wigs for 7 days of the week. More pictures to come …

Though Kenya was an invited guest, she came in tow with gift bags featuring products from her Moore Hair Care natural hair care line.

She handed out the gift bags to Marlo’s guests, telling them her products are “healthy alternatives” to Marlo’s wigs.

Sources tell Straight From The A that security had to get involved in the situation between the two women. Kenya was ultimately escorted out of the event and then chose to pose alone for photos outside of the venue.

Despite reports, NeNe Leakes—who is beefing with Kenya—was also in attendance and was even seen photographed holding a Moore Hair Care gift bag. Sources say she left the event when Kenya and Marlo started to get into it because she wanted to avoid the drama.

Celebrated my sis @marlohampton release of her new wig line “HER” super proud of you Marlo for stepping out on faith! I’m sure it will be a success! PS: um that bias ass real housewives page is full of shit, extremely negative and stay trying to tell lies! watch out for copyright infringement 🖕🏾Go unfollow them! They are not a real fan page