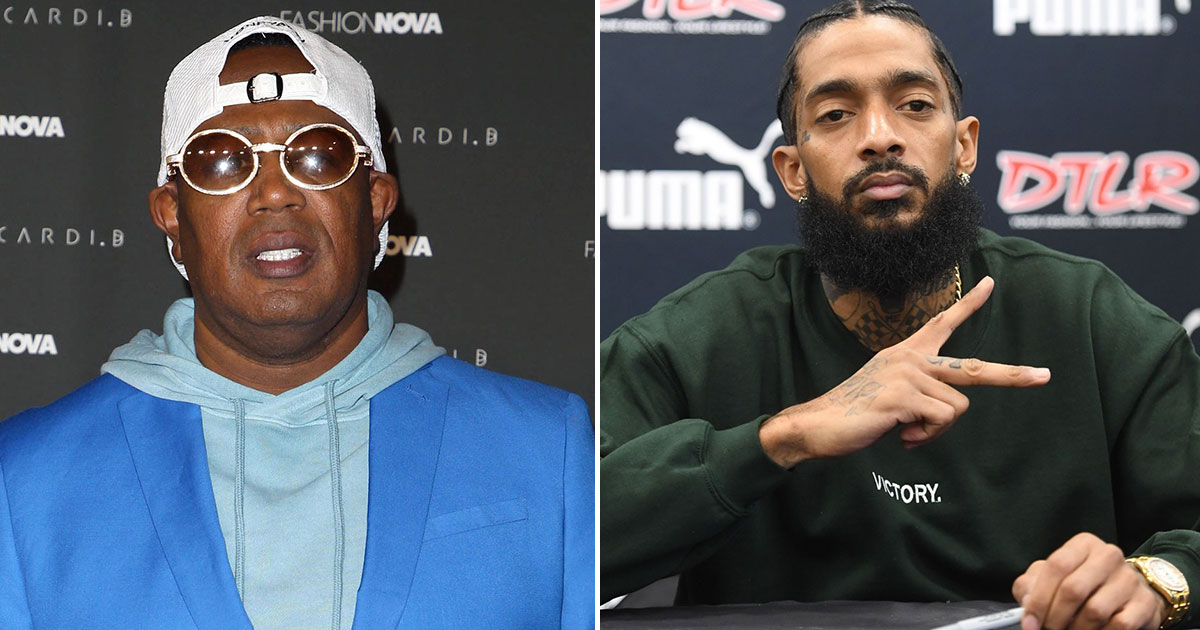 Master P is known for keeping it real, and that’s exactly what he did while speaking about his late friend Nipsey Hussle in a recent interview with Rolling Out magazine.

According to P, the attention Nipsey received after his death was confusing to him, because he believes the Victory Lap rapper should have received his flowers while he was still around to smell them.

P continued: “I don’t normally just hang out and go in the studio with just anybody. He was special. My thing was to the world: why make him special after he’s gone? This man did so much while he was here, and nobody cared. His last album was two years ago [and it’s] now like, the biggest record around the world now.”

The No Limit CEO also called out BET for making Nipsey a central figure of the 2019 BET Awards, including having a blue carpet and giving him a number of trophies posthumously.

“BET gave him a Humanitarian Award and Male Artist of the Year,” Master P said. “I thought that was strange. What about the year before? That’s the same album. Ain’t nothin’ changed.

“He ain’t even get a chance to go on the main stage [the year before]. He was on the pre-show. Him and YG. That’s my dog so you know I know. We talked about this stuff. So, he really upset about that. You remember last year when he went to the BET Awards, he got into it with the security guards ’cause he act like he ain’t know who he was.”

“Let’s be honest. So, that’s what I’m saying. You going with what’s hot, the trending topics, instead of what’s right. I mean, Nipsey’s my dog, but Snoop [Dogg] has been doing stuff in those communities for at least 15 years. I’ve been in those same communities for over 21 years. Think about it. Me and YG mama been feeding the people at least five, six years. Why he didn’t get no award?”

What do you think? Do you agree with Master P? Let us know in the comments below!